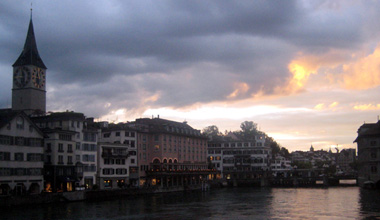 It has not been a good week for Switzerland, a country that has unfortunately seen its strong traditions of privacy and independence steadily chipped away.

Last week saw the criminal sentencing in the US of Bank Wegelin, Switzerland's oldest bank, founded in 1741. The sentencing marks one of the final chapters of the bank's 272 year history, which will have to shut down as a result of the case.

Wegelin was the first foreign bank in history to be indicted for assisting US citizens to evade taxes, the first to plead guilty, and then the first to be sentenced. Wegelin incorrectly assumed that since it did not have any branches outside of Switzerland and complied with Swiss law, it was in the clear and out of the reach of the long arm of Uncle Sam.

To illustrate the brazen overreach of this case, it helps to see it from another perspective.

Imagine if China were the world's dominant financial power instead of the US, enabling it to enforce its will and trample over the sovereignty of everyone else. Imagine that there were a group of Chinese citizens who banked with BNY Mellon (Bank of New York is the oldest bank in the US), that the bank had no branches outside of the US, and that it complied with all US laws. Suppose that through their business with BNY Mellon this group of Chinese citizens were breaking some draconian financial laws in China, but again complied with all US laws. In reaction to this, imagine if the Chinese government were to then seize BNY Mellon's assets, criminally indict the bank and its employees, and effectively shutdown the oldest bank in the United States.

How would Americans react in such a scenario?

More importantly, how does the US government get away with such an obscene violation of another country's sovereignty?

It's simple: they control the world's premier reserve currency. And as long as that is the case, they will continue to get away with similar measures.

The chilling effects of the Wegelin saga will no doubt ripple throughout the world.

If Switzerland's oldest bank, which had no foreign branches and abided by all local laws, is able to effectively be shut down by the US government, then who is safe from the whims of this desperate and out-of-control government?

The Wegelin case will serve as a sobering example to business owners around the world of the consequences that can occur if you do not comply with the onerous and costly regulations concerning American clients.

We should expect the trend of foreign financial institutions and businesses shunning American clients and partners to accelerate.

The writing is on the wall.

The window for Americans to get their savings out of dodge gets narrower each passing week. It seems the US government is just a hop, skip, and a jump away from imposing de facto or de jure capital controls.

There are, fortunately, still options for you to take action now and internationalize before it's too late. That is exactly what International Man is here for.

Sign-up here to join the International Man community for free, and get the IM Communiqué delivered to your inbox.