Nick Giambruno’s Note: Regular readers know we’re skeptical of today’s fake money system. And no one can explain how it’s doomed us all better than Doug Casey’s longtime friend and colleague Bill Bonner…

We are explaining our money system to our grandson, James, now 14 months old…

His mother tries to get him to go to bed at 9 p.m. But the little boy’s internal clock is still on Baltimore time; it tells him it is much too early to go to sleep. 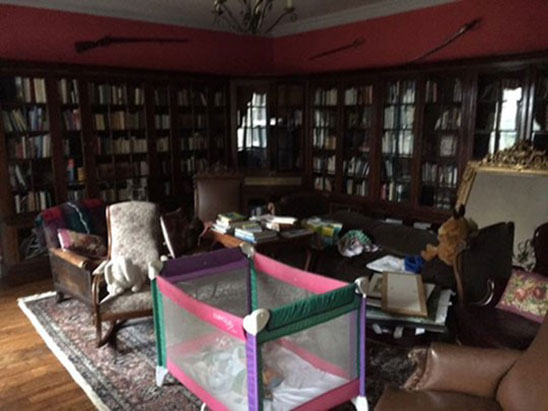 Grandpa takes over, drawing out the monetary system like a general spreading a map on a field table. “Here is the enemy,” he says gravely. “They have us completely surrounded. We’re doomed.”

James grumbles. He squirms. He has a sunny, optimistic temperament. But we think our explanations are sinking in.

He seems to understand…

…that money is not wealth; it just measures and represents wealth, like the claim ticket on a car in a parking garage.

…that our post-1971 money system is based on fake money that represents no wealth and measures badly.

…that this new money enters the economy as credit… and that the credit industry (Wall Street) has privileged access to it. The working man still has to earn his money, selling his work, by the hour. But Wall Street—and elite borrowers connected to the Establishment—get it without breaking a sweat or watching the clock.

…that a disproportionate share of this new money is concentrated in and around the credit industry—pushing up asset prices, raising salaries and bonuses in the financial sector, and making the rich (those who own financial assets) much richer.

…that this flood of credit helped the middle class raise its living standards, even as earnings stagnated. But it also raised debt levels throughout the economy.

Instead, Walmart’s shelves were stocked with goods “Made in China.” The middle class lost income as factories, jobs, and earnings moved overseas. Debt stayed at home.

“Okay so far?” we asked James as his eyeballs rolled backward and his breathing slowed.

But one thing must still puzzle him. How did the new dollar actually retard growth?

Maybe it didn’t make people richer… After all, how can you expect to make people better off by giving them fake money?

But how did it make them worse off?

We began with an attack en masse across a broad, philosophical front:

“As you sow, so shall ye reap,” we said. “And when you put a lot of fake money into a society, you end up with a fake economy.”

Prices go wild as people try to figure out what the money is really worth. But the economy shrinks.

It was the same way in Germany during the Weimar hyperinflation. People stopped producing. You might have a billion marks in your pocket, but you couldn’t find a bar of soap for sale.

“But wait… I know what you’re thinking…” we imagined James pushing back. “Those are all hyperinflation stories. We don’t have that now. Instead, we have much less inflation… Prices are almost stable.”

Yes… for now. The inflation is in the asset sector… and in credit itself… not in consumer items. But the phenomenon is much the same.

Fake money is giving grossly distorted information to everyone. In Manhattan, we are told that an ordinary apartment is worth $2 million. But in Geneva—where interest rates have turned negative—we are told that $2 million is worth nothing… You will have to pay one of the banks to take it off your hands.

Without honest money, real savings, and true interest rates, businesses and investors have nothing to guide them. They are lost in the woods. Few want to do the hard work, and take the risks, of long-term, capital-heavy ventures. Instead, the focus shifts to speculation, gambling… and playing the game for short-term profits.

What’s more, artificially low interest rates provide fatal misinformation. They tell the world that we have an infinite supply of resources—time, money, energy, and know-how.

Then, without its back to the wall of scarcity, with no need to make careful choices, capitalism becomes reckless and irresponsible with its most valuable resource—capital itself. It is destroyed, wasted, misallocated, and malinvested. Growth rates fall and the world becomes poorer.

James is startled awake. He is disturbed.

“What kind of a world have I been born into…?” he seems to ask.

Editor’s Note: The feds know an epic crisis is brewing. And they want to trap your money before you have time to protect it. They know the coming crisis will hit everything—your portfolio, your bank account… even the cash in your wallet.

Of course, America has seen plenty of crises before. But this time is different. Bill’s team recently put together a book revealing how bad things could get and how you can start preparing yourself today. Learn more here.