“If surviving assassination attempts were an Olympic event, I would win the gold medal.”

These are the words of former Cuban leader Fidel Castro.

There have been more plots to kill him than any other man alive.

The U.S. has wanted Castro dead since 1959. That’s when he overthrew the pro-U.S. puppet government in Cuba. The CIA has been plotting to kill him ever since.

Some of the more notable plots to kill Castro include:

Packing his cigar with explosives…

Poisoning him with a special pen…

And throwing a baseball full of explosives at his car.

The most recent serious attempt to kill him happened in 2000, when he visited Panama. Assassins tried to plant 200 pounds of explosives under the podium where the Cuban leader would speak. Castro’s security thwarted the plot.

Fabian Escalante, former head of Cuban Intelligence, was in charge of protecting Castro for over 40 years. According to Escalante, there have been 638 assassination attempts against Castro.

A Flood of Cash Is Coming to Cuba

As the largest island in the Caribbean, Cuba is about the same size as Tennessee. Being just 90 miles from Florida, it has always been strategically important to the U.S. The sheer number of times the U.S. has tried to kill Castro proves this.

But Washington’s interest in Cuba goes back further than Castro…

In 1898, the U.S. went to war with Spain to free Cuba from Spanish rule. Unfortunately for the Cubans, they just traded one foreign power for another. After the Spanish American War, Washington became the dominant power in Cuba.

But it wouldn’t last. Fidel Castro and his rebels threw out the U.S.-backed government in 1959. Castro built a communist government that was hostile to the U.S. By 1962, President Kennedy cut ties by issuing an embargo that banned all trade with Cuba. The embargo is still in place today.

The U.S. has always wanted influence in Cuba. Not just for geopolitical reasons, but for economic ones as well. Cuba has over 2,000 miles of pristine coastline and the potential to be a top tourist destination. When the embargo ends, the U.S. government estimates 12 million Americans will visit Cuba within the first year.

Cuba has fertile soil that produces world-renowned tobacco for cigars. Cuban sugar is an essential component in Havana Club rum, which tastes much better than Bacardi, in my opinion. Agriculture and tourism make up a huge chunk of Cuba’s economy.

Doug Casey has long been interested in the investment potential of Cuba, and I couldn’t agree more. There is huge opportunity there.

If Cuba ever opens up, there’s potential to make a fortune.

And that time could be soon…

After 50 years of failing to overthrow Castro, the U.S. government has changed its approach and announced they were looking to reestablish diplomatic and economic relations.

The U.S. and Cuba have officially reopened their embassies in each other’s capitals and reestablished diplomatic relations for the first time since 1961.

Earlier this year President Obama flew to Havana, Cuba. He became the first president to visit Cuba since Calvin Coolidge in 1928.

JetBlue is set to become the first commercial airline to operate U.S.-Cuba flights.

It’s another milestone for the two former Cold War rivals.

Despite all this, the U.S. has not yet reestablished full economic relations with Cuba. The embargo remains in place… for now.

Some, including many Cubans in the U.S., still support the embargo. But soon, I believe the overwhelming desire to move on from a failed policy will drown them out.

A growing number of large American companies are pushing to do business in Cuba. As the huge economic benefits become clear, the political pressure to end the embargo is growing by the day.

I think the cat’s out of the bag. I expect the embargo to become a page in the history books. There are going to be enormous profits for those who position themselves correctly ahead of this transformation.

Again, the U.S. embargo against Cuba is still in place, which means Americans can’t legally invest in Cuban companies.

However, this makes little practical difference. Cuba is a genuine communist country. It doesn’t have any publicly listed companies or a stock exchange.

But there is a way for Americans to invest in Cuba without breaking the law. Americans can invest in a non-Cuban company with Cuban operations, as long as:

This is what legal experts call the 49/49 Rule.

There are really no publicly traded companies with a significant percentage of business tied to Cuba that meet the 49/49 Rule.

Even though the potential is huge, it’s not easy for Americans to invest in Cuba.

There is fortunately a legal investment for Americans to profit from Cuba’s huge untapped potential. This “back door” to Cuba is easily accessible to anyone with a brokerage account. You can find more details here.

The coming economic boom in Cuba also brings up another important point.

There is a natural life cycle that countries go through.

As my colleague Jeff Thomas recently pointed out:

“All countries have a shelf life – that they experience a slow rise, typified by a strong work ethic and a free-market philosophy, which results in a highly productive country. That productivity later results in a high level of sympathy for the disadvantaged, which political leaders turn into a justification for government largesse. That, in turn, results in a population that grows complacent and eventually apathetic, culminating in a decline into totalitarianism. This pattern has existed for thousands of years.”

While Cuba is just about to be reborn, the U.S. and EU are clearly in the latter stages of decline.

We think a financial collapse for the record books is coming. It’s going to be much worse, much longer, and very different than what we saw in 2008 and 2009.

That’s exactly why Doug Casey and his team just released a new PDF guide on how to survive and thrive in the financial hurricane that is coming. Click here to download it. 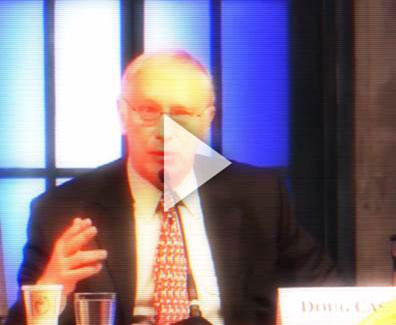 Doug Casey’s urgent new broadcast is live… and I guarantee even Doug’s longtime readers have never seen anything like this before. It reveals why a financial shock far greater than 2008 could strike America within the next 7 months. And how it could either wipe out a big part of your savings… or be the fortune-building opportunity of a lifetime. This special presentation won’t be online for long.