There are unfortunately no solutions to obtain a second passport that are at the same time cheap, fast, and legitimate.

You can get a legit passport quickly through an economic citizenship program, but it will set you back at least six figures.

Due to the high costs associated with them, it is prudent to consider only the most established and verified programs. Though there are a number of them, only a couple of economic citizenship programs have been reliably around for decades and used by thousands of people.

Among the reliable options, the cheapest that exists today is from the Caribbean nation of Dominica—not to be confused with the Dominican Republic.

(You can find our other top picks for second passports and how to obtain them by clicking here publication). 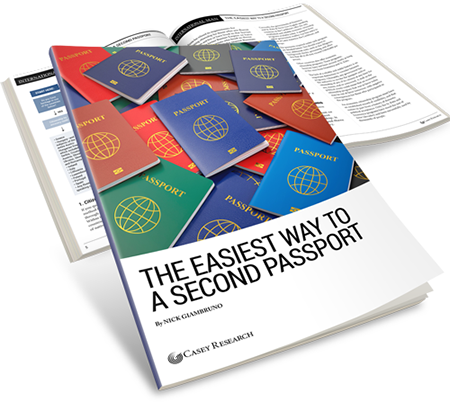 And that brings me to an informative story that I am excited to bring to you—the story of how IM contributor Robert Williams obtained his second passport. Robert has gone through the process of obtaining citizenship from Dominica by utilizing their economic citizenship program. He gives us the details and shares his experiences in the article below.

A Second Passport with Dominica—My Experience 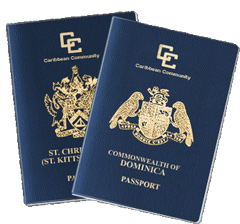 Regular IM readers know there are many ways of acquiring a second passport. There's the ancestry route, marrying a native, immigration plus years of residency, or, if you are in a hurry, you can simply buy one outright via the economic citizenship route.

To my knowledge there are presently only two countries where you can obtain citizenship without a residency requirement: Saint Kitts and Nevis, and Dominica.

Both are tiny Caribbean islands with few ways to attract outside investment except tourism, which is why they have such programs in the first place

My reason for choosing Dominica is simple. It's the cheapest and quickest way to obtain legitimate dual citizenship without any residency requirements.

For me the lack of a residency requirement is the best part of the program. Most countries require several months of in-country presence to qualify for permanent residency, let alone citizenship.

It's wise to think about this requirement regardless of which country you wish to become a citizen of, since the time investment with most countries is significant. 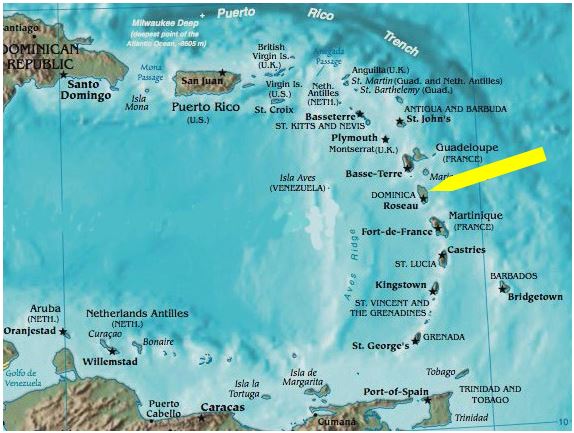 As a part of the British Commonwealth, the Dominica passport comes with plenty of visa-free countries, such as the UK, Ireland, Hong Kong, South Korea, Singapore, Colombia, Chile, Ecuador, Panama, Peru, and many others.

Even more exciting, Dominica has applied for full visa-free entry to all 28 EU countries, which if approved will make it an even more valuable document (but presumably much more expensive, too).

The process is actually straightforward:

There are some additional fees, such as the FBI background check fee, an application fee, and if you intend to hire a US attorney—which I highly recommend—you'll pay that fee too. More on this in a moment.

It took me about a year from the time I decided to go forward to where I had the passport in hand. I've been told you can do it in as little as 6 months.

Except for Saint Kitts and Nevis (a similar but more expensive option), other alternatives to obtain a second passport relatively quickly can take anywhere from 3 to 5 years of on-site residency, and even then obtaining citizenship is not guaranteed.

Back to hiring a US attorney…

Can you simply show up in Dominica, hire a local attorney to processes your paperwork, and end up with a new citizenship and passport? Absolutely.

Do I recommend it? No, not at all, and here's why.

Unless you intend to live in Dominica (it is a wonderfully, sleepy place) or spend an inordinate amount of time there, you really need to hire a credible US attorney who specializes in this area.

The real value one brings is preparing you for what to expect, including how to submit fingerprints for the FBI background check, what you need to know for the on-island interview, where to stay when you get there, and so forth.

But most important, a US attorney will keep the process moving along and solve any problems you may encounter.

Remember, this is the Caribbean. No one is in a hurry—especially the $6-per-hour government employees who take two weeks just to put an official stamp on a paper, because they don't like the economic citizenship program to begin with.

This happened to me and was a nuisance, but my local attorney got it taken care of through his contacts.

So, if you are serious about this program, do yourself a favor and pay the extra dollars.

No Worries; Everyone Does It

If paying cash for a passport from a small Caribbean island seems shady and illegitimate, consider that virtually every country does the same thing—only the price and terms may be different.

Consider the United States' EB-5 program, better known as the Immigrant Investor Program. For the price of $500,000, if you as a foreign immigrant invest in an approved economic entity in the US, you will receive conditional permanent residency in about 9 months.

After two years, you'll need to provide proof that you've been running a business and have employed people, and then your residency becomes permanently permanent. But the end result is that you can buy residency in the US that leads to citizenship down the road.

So please dispel any notion that turning to a small, peaceful country to expand your internationalization options is in any way shady or unpatriotic. If the great USA does it, why can't everyone else?

So, back to Dominica.

I'm not concerned about the passport's legitimacy, as I've traveled on it and had no problems at all. The concern one should have is availability and price.

I've been told that Belize, Dominican Republic, Granada, and other countries have tried economic citizenship programs before. They have failed for a couple reasons (though the countries continue to honor the passports that were previously sold).

First is over-issuance. As with anything, creating too much causes devaluation.

Each of these countries had problems with internal controls, and less-than-honorable political leaders saw they could enrich themselves by selling more, to the point where the program needed to be closed.

A second reason is outside pressure. I cannot verify if the US or another bigger, stronger sovereign has pressured any small country to close down an economic citizenship program, but it would not surprise me, particularly now.

If all the current US citizenship renunciations one reads about are correct, how many might have used Dominica as their get-out-of-jail card? It is not at all out of the question to think that the US government might pressure such a small country to close down its economic citizenship program, if Dominica gets in their crosshairs.

On the other hand, assuming the program continues to be managed well plus the EU does grant Dominica visa-free status, the price would likely increase greatly.

A second passport is the best insurance you can have today, and the Dominica economic citizenship program is a solid choice, particularly if you are in a hurry.

Editor’s Note: Things can change quickly. New options emerge, while others disappear. This is why it's so important to have the most up-to-date and accurate information possible. That's where International Man comes in. Be sure to download our comprehensive guide on another country that is also one of the easiest to get citizenship in.