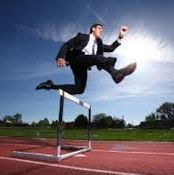 At the previous Casey Research Summit, there was a fair bit of buzz amongst attendees regarding Obamacare—the new mandatory American socialised healthcare system.

This perhaps is not surprising, as the date has now arrived for Americans to sign up to the programme.

An interesting twist at the summit, however, was that attendees focused particularly on the fear that Americans may in future be prevented from seeking healthcare abroad—an eventuality that could further chain them to the US, should they wish to internationalise themselves to a greater degree.

Of course, most readers will know that the US is the only country in the world that taxes its people based upon citizenship rather than upon residence—that Americans have a tax obligation to their country even if they do not live there.

For years, we have been projecting that, as the US and the EU approach their respective economic Waterloos, they will impose increasing controls on their people—laws that will serve to pen in the sheep as much as possible, so that when the odiferous effluvium really does hit the fan, the average citizen will find that the gate has been shut and his ability to internationalise has become, at best, extremely difficult, and maybe impossible.

For those of us who are not a part of the US or the EU, it would seem a simple exercise to simply stand back and view all countries as possibilities for residence, employment, investment, banking, citizenship, etc. After all, when seeking to buy a home, no one, in any country, assumes that the only possible choice he has is his present residence. He gets out the newspaper, goes on the Internet, checks with realtors—all in the interest of finding the property that is most suitable to him.

It would therefore seem logical that the choice of country (for whatever purpose—not merely for residence) would be approached in the same way, yet this is rarely the case.

Of course, Britain has had its day—suffered the damage of two world wars, lost its colonies, and devolved into a socialist tar pit. (We don't feel quite so grand nowadays. We're learning to be a bit more humble.)

The present empire is clearly the US and it, too, is destroying itself through senseless (and expensive) warfare and is no longer dancing around the socialist tar pit—it is now diving in.

Many Brits were fortunate that our parents or grandparents left the UK for the colonies and, as a result, are very clear on the benefits of internationalisation. In addition, we are conscious that to have remained in the UK would have been an extremely unwise decision.

So, it is with those eyes that we now view the US. We see an empire on the brink of losing its position to the next empire. That much is as clear as day. What we find surprising is that so many Americans cling so desperately to the possibility that a collapse can somehow be avoided and that the US will somehow remain “liveable,” or at least that the present standards will continue.

And so it goes. When an empire has entered the final, definitive stage of its period of decline, there is always a “hurdle” of some description in front of the citizenry. If only that hurdle can be jumped, the future might be rosy.

However, if we step well back from the situation, we see that a hurdle of Further Warfare is in view. A hurdle of Default is getting closer. The hurdle of Dramatic Inflation is visible. And there are further hurdles: increasing capital controls, confiscation, nationalisation of businesses, completion of a full police state, expatriation controls, collapse of the markets, collapse of the currency.

And so, we see a series of hurdles, followed by… a cliff.

Again, it is not only the US that is in dramatic decline at present. It is, however, the present empire of the world, and just as with previous collapses of empire, when a giant falls, it lands all the harder.

The difficulty in recognizing the cliff beyond the hurdles is, of course, that if all your effort is going into jumping one hurdle after another, it is more difficult to remain objective of the final outcome. It becomes harder to make the decision to quit jumping hurdles and thereby avoid the cliff entirely.

Trouble is, what the average citizen has now will not continue, under the evolving uber-state. Retaining the status quo will not be an option.

And, truth be told, when jolly old England was the empire, it, too, was quite the most wonderful place to live. It had everything. Not so now, of course, but very few Brits actually internationalised themselves before the empire began its slow slide. For them, it was hard to imagine that the future was better elsewhere.

Time for a rethink. As the old saying goes, “The situation is hopeless but not serious.” The world is not coming to an end; it's merely that, once again, a few countries are in the last throes of decline. The world is still large enough that those who choose to opt for greener pastures outside the declining empire have many choices.