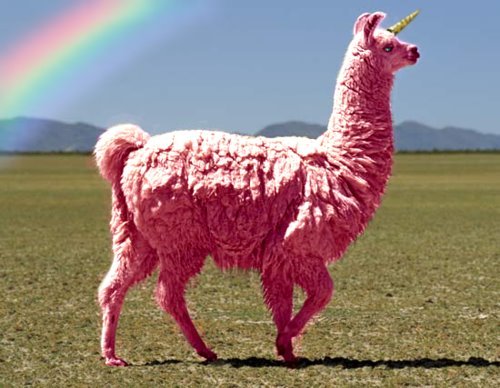 At 29, she is the youngest woman ever elected to Congress; she will doubtless be there for decades to come.

Eighteen months ago, she was working as a waitress. Then, even though her opponent outspent her 15-to-1, she won the race to sit in the House of Representatives.

Ms. Ocasio-Cortez has a pleasant look about her. We’d probably like her if we met her. But she is clearly a danger to herself, her constituents, and to the nation.

When the mainstream flim-flam financial policies fail, people look for scapegoats and solutions on the edges.

Now, they turn their sore eyes to New York’s 14th district, where Ms. Ocasio-Cortez has been elected to Congress. The product of the Puerto Rican Enlightenment, she believes there is no problem that a government program can’t solve.

Got healthcare issues? She would offer Medicare for All.

Need a job? She proposes a Job Guarantee.

Want to go to college? Get ready for Tuition-free College.

Worried about global warming? How about a large-scale “green infrastructure” program?

Wait a minute… You’re probably wondering, how can we afford all these things?

Well, in a few months, we won’t worry about such problems… not with the economy melting down.

Besides, the new Congresswoman from Queens has a solution: Tax the Rich! Squeeze them until the pips squeak!

Yes, it’s a “Green New Deal,” she calls it. And a cornerstone of it is the idea of raising income taxes on the super-rich to 70%.

It might only apply to people who earn more than $10 million a year, so most people would be for it.

Still, most sober observers dismiss the idea. “It will never pass,” they say. “It’s crazy… It’s absurd… It will harm the economy…”

But crazy plans that hurt the economy have a way of becoming the law of the land. Especially when the laws of the land are already crazy and absurd.

And when the existing laws of the land cause bankruptcy and chaos, people look for crazier, more absurd ones.

That’s how the first New Deal got put into practice. In the panic and despair of the 1932 elections, people were ready for a change. Franklin D. Roosevelt offered to shuffle the deck. And when in office, he pulled a few aces out from his sleeve and put into place a series of costly programs.

Our guess is that the next crisis will be severe and long-lasting, too. Stocks will fall hard. The economy will go into recession.

The Trump Team will pull out all the stops to make it go away (that is, it will spend beaucoup money it doesn’t have). The Fed will push rates into negative territory and buy up stocks as well as bonds.

But come the elections of 2020, the U.S. economy will be deep into stagflation – with rising prices (caused by runaway federal disaster spending) and little, or negative, growth (caused by the huge overhang of debt left over from previous bailouts and stimulus programs).

By 2020, people will be getting pretty tired of it. Donald Trump says it is “his economy” and “his stock market;” so he and his fellow Republicans will take the blame when “his disaster” doesn’t go away.

And the rich – who gained so much from the crackpot fake money system – will be held to blame, too.

Economists will point out that raising marginal rates on the rich to 70% will backfire, producing less income, not more.

But the masses won’t care; they will be eager to punish the rich, not just exploit them.

No one will have time to sit through our explanation of what went wrong… and how the Fed mismanaged the economy… and how the fake money system was doomed to fail… and why a boom founded on fake-money credit was bound to explode into a monetary/economic meltdown.

Nope… Instead, they will want simple-minded solutions. And Ms. Ocasio-Cortez and her fellow progressives will have them. Free tuition! Free medical care! Jobs for everyone!

Her programs may seem lame and loopy today, but they’ll be a hit – we predict – in the future. With the Republicans discredited by the financial disaster, radical Democrats will be elected all over the country.

And then, the intellectuals will explain why their programs “make sense.” In fact, they’re already on the case.

Celebrity economists Peter Diamond and Emmanuel Saez say the “optimal” rate is more like 73%, while Christina and David Romer put it at 84%!

Yes, gentle reader, as goofy and fumbling as federal policies are today… they could get even worse.

As far as we know, Ms. Ocasia-Cortez was a competent server. Which is too bad; the nation lost a decent waitress and gained what it least needed: another delusional, incompetent, and menacing member of Congress.

Alexandria Ocasio-Cortez: A Danger to the Nation