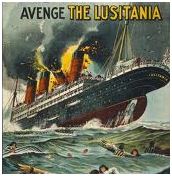 At regular intervals, the media announce further escalation in the Middle East. With each turn, the situation becomes not only more dramatically violent, but more “personal,” as the media bring the situation home in ways that imply that the average person (and, of course, his country's government) somehow has some sort of stake in the conflict.

Of course, the reality is that, whether it is rebellion in Tunisia, Libya, Egypt, or now Syria, if you do not reside in the Middle East, chances are, you do not truly have a stake in the conflict. It is very likely that you have no relatives in Syria, nor do you have investments there. More to the point, your government should not be looking for excuses to dive into the overseas warfare pool at your expense.

And yet that is just what they are hoping to do.

At this point in the drama, the citizens of the UK and US in particular are biting their nails wondering if direct involvement can be avoided, whilst their respective governments are instead focused on what they need to do to convince their citizens that involvement must occur.

A decade ago, a liberal British Prime Minister, Tony Blair, went along when his conservative American counterpart, President George Bush, announced that war in Iraq was essential to the cause of national security. Never mind that Iraq had not been involved in 9/11. All that was needed was the rather sketchy assurance that Iraq was producing “weapons of mass destruction” that were a clear and present danger to the US. This was enough to get the American people to give the tentative green light to their government to “go get 'em.”

Not surprisingly, the members of the liberal party in the US agreed that some sort of action was necessary, whist complaining bitterly that the conservative hawks were all too eager to roll out the armaments.

The implication was, of course, that conservatives want war, whist liberals want peace. “Want peace instead of war? Vote liberal.”

And that is just what happened. A liberal president was installed in the White House, who promised to wind down warfare ASAP.

And yet, since that time, there has been no let-up in warfare on the part of the US. One would almost think that the decision to be at war had been up to the military industrial complex; not the president or Congress.

A Reversal of Roles

And, recently, the expected roles of conservatives and liberals have been reversed. The conservative media (particularly Fox News) has featured an endless stream of retired US generals, each of whom has declared that American involvement in present Syrian developments would be a grave mistake. Conversely, on the liberal CNN, the team of experts reminds us that, whist war is indeed terrible, Americans cannot ignore the suffering of those who have been subjected to chemical warfare.

The issue being considered is not whether Syria is led by Alawites (a branch of Shia Islam) whist the majority of the people are Sunni. It is not whether President Assad is a dictator and the rebels are “freedom fighters.” Neither of these issues would press the magic button in the American population that “we'd better get involved.” In the American psyche, what is necessary is an atrocity, a villainous crime against innocent civilians.

And so the media talk incessantly over the introduction of chemical weapons to the conflict in Syria. The evidence offered is a film of about twenty people, lying down in a room where they are apparently being treated for an inability to breathe well. In addition, some of these people are bandaged for what is described as burns from chemical weapons.

Interestingly, no one on either Fox or CNN moves the discussion to the most obvious questions:

1. Is this film for real, or was it created for propaganda purposes?

2. Are there truly 1400 victims of chemical warfare? Are these twenty people representative of a larger-scale occurrence?

3. The Assad regime is acutely aware that the American people do not want to be involved in a war in Syria, that one thing that would motivate them would be if the regime were to use chemical weapons. Would Mister Assad actually resort to the one act that would doom him to the same outcome as Saddam Hussein and Muammar Ghadaffi?

4. Should a country go to war on such limited and uncertain evidence?

Indeed, it is questioned whether chemical weapons have been used as a false-flag attack by the rebels themselves. No matter. A declaration has already been made by US Secretary of State John Kerry that Mister Assad's guilt is “a judgement… already clear to the world.”

Not dissimilar to the position taken by Defence Secretary Dick Cheney, a decade before, when advising the American people that “weapons of mass destruction” in Iraq were a certainty.

But, surely, this time there is a difference. We are not talking about the hawkish conservative government of George Bush, backed by the liberal British PM Tony Blair. We are talking about the liberal President Barrack Obama, backed by the conservative British MP David Cameron. Surely, the winner of the Nobel Peace prize and the leader of the British coalition government is a more trustworthy combination of leaders, as the philosophic shoe is on the more liberal foot.

But the present situation is not without precedent. If we think back to 1915, we find that a liberal US president, Woodrow Wilson, teamed up with a conservative Brit, Winston Chrurchill, to create the Lusitania event.

At that time, as now, Americans were loathe to go to war. The Lusitania, a large passenger ship was bound for the UK. Unbeknownst to its many American passengers, it was loaded with armaments for the British to use in war against Germany. This information was known to the Imperial German Embassy, who, in a surprising turn, placed adverts in dozens of US newspapers that passengers on the Lusitania were at risk if they travelled on her to England. The US government instructed the newspapers not to print the adverts, and the unknowing Americans boarded the ship.

Roughly 1200 passengers died when the ship was torpedoed by a German U-Boat. Whilst only 128 of that number were Americans, the sinking did the trick. The headlines in US newspapers created enough moral outrage that the US took sides with Britain and entered World War I. Then, as now, the con was one intended to create moral outrage.

It is entirely possible that the most recent events are not enough to convince Americans that it is time to invade Syria. (Indeed, Mr. Cameron has been slapped down in the House of Commons, defeating his intention to join the battle with the US.)

But clearly that is not an end to it. If the present situation is not sufficient to convince both the British and American people to “go get 'em,” another event will be either created or pretended. And further events will occur if necessary, until the otherwise peaceable citizens of both the UK and US give their leaders the go-ahead to invade.

To be sure, the populations of both countries will hope that the war will be brief and that the Syrians and their supporters—the Iranians and Russians—will simply back down. But this will not occur, because, invariably, once the battle is joined, opponents tend to get their own backs up, and what begins as a “humanitarian” warning of a few missiles expands into full warfare.

It matters little whether the present events become the “Lusitania” for World War III. What is significant is that there will be a “Lusitania.” And the US, already broke, will be in the expensive business of war. The tab will be passed to those who “invest” in the US by mandate – those who pay tax.

In one instance after another, history proves to be a reliable bellwether as to what will happen in the future.