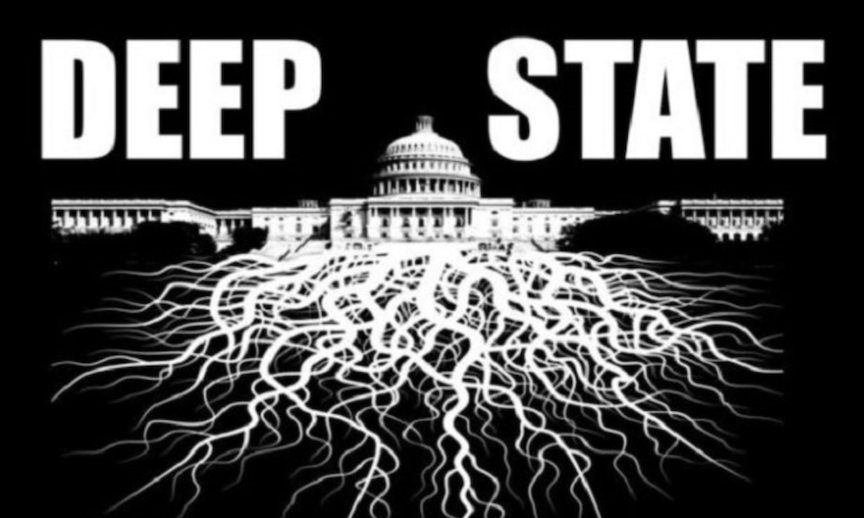 Whatever good was done by the Trump/Xi trade war truce in Buenos Aires was likely undone by what was done in Vancouver Airport earlier this month.

The U.S. stock market was just warming to the idea of a trade war ceasefire. Then came word that the U.S. government had arrested Meng Wanzhou, the chief financial officer of Chinese technology firm Huawei. The feds got the Canadians to collar the poor woman while she was changing planes in Vancouver.

Few people in the U.S. have ever heard of Huawei. Still, the event had a pin-like look to it. And by the end of the week, investors had lost $1 trillion. And that could be just the beginning…

Nope. Even she didn’t know what the charges were.

But whatever they were, the U.S. government had not only made a federal case of it, but an international “cause célèbre,” too.

What Ms. Wanzhou is accused of is neither a genuine crime nor a misdemeanor.

Instead, she apparently ran afoul of the Deep State’s bogeyman program. Officially, her company is accused of using shell companies to access the Iranian market in defiance of U.S. sanctions on the country.

That is, it is not enough for the feds to regulate every living creature and every transaction that takes place in the 50 states. They also claim authority over the rest of the world.

No money can change hands without the consent of the U.S. (which controls the world’s reserve currency – the dollar – and the international banking protocols – the SWIFT system – that allow people to transfer money from one country to another)…

Nobody can trade with a foreign country if it doesn’t meet U.S. approval…

And no sparrow can fall anywhere on the planet without a shove from the Pentagon.

Ms. Wanzhou is the CFO of the second-largest cellphone maker in the world, and the daughter of its founder. Huawei has 170,000 employees. It is as important to the Chinese government as General Motors once was to the U.S.

But the Deep State pretends to protect Americans from bad guys – in this case, Iranians – by imposing sanctions on people all over the Earth.

You can imagine what a hullabaloo would follow if the Chinese pulled a similar stunt.

Suppose they tried to boss other nations around with a “sanctions” list that included some half a million of the world’s leading business and government officials.

And suppose, honoring a Chinese warrant, the authorities in Singapore picked up Mark Zuckerberg or Bill Gates.

The Chinese, for example, regard Taiwan as their territory. And they regard the present Taiwanese government as illegitimate traitors. They could easily announce “sanctions” against anyone trading with Taiwan… which would implicate thousands of American businessmen, politicians, and government employees.

Then, stopping at Singapore airport for refueling, perhaps en route from a conference in Moscow back to a home office in Sydney or San Francisco, an executive could be nabbed by the Chinese – for an offense that Americans might find silly, irrelevant, or plain stupid.

If humans were cows or tree squirrels, no offense might have been taken. But we homo sapiens live in a world of jealousy, hate, and revenge. The U.S. would be outraged. It could be an Archduke Franz Ferdinand moment – the kind of event that is hard to reconcile with today’s power politics… and hard to ignore or forget.

In the present case, the Chinese, who value “face” more than money, took offense. They see the arrest as illegal, high-handed, and a breach of the ceasefire reached only a week earlier.

That Kind of Deal

And the trouble with the seizure of Huawei’s CFO is that there was no give in it.

The Chinese must have said to one another, “Oh, it’s that kind of deal, is it?”

And yes, they were right; it is that kind of deal. A raw power deal, where might doesn’t necessarily make right… but it prevents anyone from saying anything about it.

The Deep State’s imperial britches are very large, in other words. But arresting Ms. Wanzhou may have signaled that the Trump foreign policy team has outgrown them.

Not that the U.S. is not still the muscular man for whom they were made long ago. But in the last 40 or so years, it has added more than a little fat around the middle. It has troops in 170 countries. Its government has 20 times the debt it had in 1980.

Its people suffer 100 times more regulatory control. Its stocks (in Dow terms) went from being valued at 1 ounce of gold in 1980 to more than 20 today.

Many of those promises are marked to market each day – in the stock market. Prices go up. Or they go down.

We’ll see what they do next.