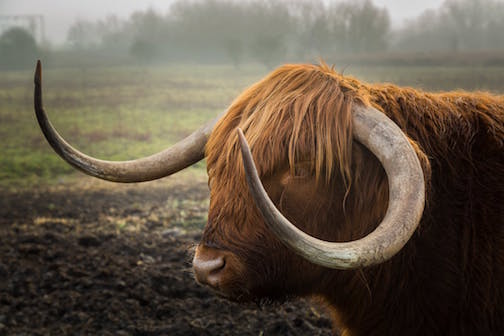 Of the myriad rhetorical tools employed in public discourse today, dangerous few are more insidious than the false dilemma. Simply put, the false dilemma is a sly trick of exclusion whereby a speaker (always generously) offers his or her audience the apparently favorable choice between two unfortunately poor options.

Little surprise then that, as the election season circus rolls across the country, this Weapon of Dialectic Destruction (WDD) finds itself a favorite of slick politicians working to curry favor with an increasingly ovine voter mass.

“On which horn do you wish to be gored?” they inquire, sharpening their bestial tines.

Known variously as the either-or fallacy, the fallacy of exhaustive hypotheses or, more colloquially, plain ol’ black and white thinking, the false dilemma is both deceptive and destructive. First, because it lures unsuspecting listeners into a misguided belief that their choices are limited to those offered by the speaker and, second, because it attacks the creative process by which new ideas come to “market,” slamming the door closed on alternative possibilities.

At no time is this seductive tool more readily employed than during election season. Would-be “leaders/rulers” crow ceaselessly about how, without their deft leadership, the nation would be left in the hands of the opposition’s ruinous caretaking. Seldom considered – and never presented – is the notion that good people might in fact do better left to their own devices and their own cooperative impulses.

Textbook false dilemmas, every one of them.

Nowhere is a free market alternative presented. And it’s little wonder why. At the precise point the free market ends, the tyranny of The State begins. Nowhere do the two overlap. (Crony capitalism, mixed market economies, plutocracies et alia are NOT free markets.) Clearly, therefore, it is in The State’s best interest to see that free market activity is marginalized as far as possible in order that The State itself might occupy ever more space in people’s minds and, by extension, in the economies they are “allowed” to build.

So profoundly have certain false dilemmas bored their way into people’s “thinking” that supposedly able-minded individuals have stricken the very possibility of free market cooperation from their mental map.

Indeed, some confused people even contend that, were we to ignore the iron-fisted directives of The State, we would promptly descend into a Mad Max-style dystopia, in which a collection of unchecked territorial monopolies would roam the planet, stealing and damaging property at whim and torturing, imprisoning and killing whomever they so wished.

Strange then that these same people would “remedy” this apocalyptic nightmare by supporting The State… itself a collection of unchecked territorial monopolies that roam the planet, stealing and damaging property at whim and torturing, imprisoning and killing whomever they so wish.

Such individuals are sorely misled…victims of the false dilemma. They are so misled, in fact, that they find themselves circling back to a position that sees them fervently supporting an entity that tirelessly labors to turn their deepest fears into harsh reality. Worse still, they continue to mislead others by repeating such vapid nonsense. Call it “political Stockholm Syndrome,” where helpless victims come to excuse and even praise their captors.

Unlike The State’s obedient apologists, advocates of the free market don’t need to pretend to know the best solution to each and every problem — something the great moral philosopher F.A. Hayek termed the “pretence of knowledge.” We simply need to cede the discovery process to free individuals acting in their own self-interest.

When confronted with a problem deserved of our very best solution, voluntarists first ask, “Is there a peaceful, market-based solution here? Might, for example, freely-associating individuals work together to build schools, roads and bridges? Might free competition stand guard against coercive monopolies? Might the market process of creative destruction weed out inept and/or corrupt businesses, rather than reward them with stolen property, as is presently the case?”

Like the election process itself, in which well-intentioned voters saddle themselves with the misguided obligation to choose the “lesser of two evils,” the false dilemma lulls individuals into thinking there is no alternative, no preferable option, no choice that does not, at least to some degree, rely on compromising their values and morals. No choice that does not involve the hired gun of The State. No choice, in other words, that does not render them party to evil.

Surely we can think a little harder than that, Dear Reader, beyond the iniquities perpetrated by the political left and the right. Instead of a system based on force and coercion and violence, instead of extracting money from people for “services” by threatening to put them in cages, peaceful, cooperative individuals learn in time to welcome and celebrate a system such as here described by Hayek:

“Spontaneous order is a system which has developed not through the central direction or patronage of one or a few individuals but through the unintended consequences of the decisions of myriad individuals each pursuing their own interests through voluntary exchange, cooperation and trial and error.”

When it comes to false dilemmas, we need not slavishly impale ourselves on one of The State’s two horns – Red vs. Blue, Elephant vs. Donkey, Big Welfare vs. Big Warfare – but only to open our eyes to the myriad unseen alternatives actively hidden from our view.

In this way, the free market invites decent people everywhere to stand up and confidently declare, “It’s time to cut the bull.”