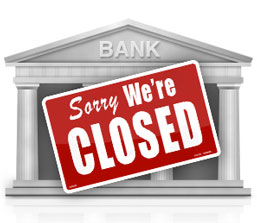 NY Times columnist Paul Krugman recently penned an article in which he comes out in favor of capital controls.

Not surprisingly, his argument follows the near cookie cutter justification used by governments throughout history to seize more control over their citizens.

Krugman doesn't see irresponsible government spending and the resulting debt as the core cause of recent crises in Europe and around the world. Instead, he blames inflows of money by undefined foreigners.

He even says that the US, too, is victimized by inflows of foreign money when he claims, “It's not just Europe. In the last decade America, too, experienced a huge housing bubble fed by foreign money.”

According to Krugman, it's not the fault of the Federal Reserve's artificially low interest rates for blowing up the housing bubble, nor the proliferate spending habits of European welfare states for causing the debt crisis, but rather those vague evil “foreigners” who are to blame. And we need government actions (i.e. capital controls) to protect us.

Nixon followed this pattern, too, when he infamously severed the last link of the dollar to gold on August 15, 1971, thereby removing any limit on the government's ability to finance itself by debasing the currency and stealthily confiscating the wealth of savers through inflation.

In the years preceding this announcement, the US government financed its out of control spending, stemming from the Vietnam War and new welfare programs, by printing more dollars than it had gold backing for.

Nixon claimed he was removing the last links of the gold standard, because it was “in everybody's best interest” and that he was protecting us from foreigners, i.e. “international speculators.” He also claimed that he was taking further action to “increase jobs for Americans.” See the 2 minute sales pitch below.

It is not a stretch of the imagination to think that another president could take similar measures and then sell it to the American people the same way Nixon did.

I view it as a near certainty that the US government will impose some form of capital controls and wealth confiscation when the US dollar loses its spot as the world's premier reserve currency. It will be the next August 15th, 1971 moment.

Selling such measures to the majority of the American people will probably be an easy task. Paul Krugman is already on board, and the rest of the mainstream media functions more like a bunch of government stenographers than an independent press.

It would be wise not to underestimate their ability to take something that is abjectly false and convince the American people that it's true.

Take for example the role the media played in helping to convince a whopping 70% of Americans of the falsehood that Saddam Hussein was personally responsible for the 9/11 attacks.

There should be no doubt that when the US government decides to implement capital controls or other restrictive measures, they will likely have the near-total support of the media and by extension the majority of the people (aka the mob).

The moment there is another August 15th, 1971-style event is the moment the window closes for Americans. Nobody knows exactly when that will happen, but it appears to get closer each week. You want to be internationalized before that happens. Join the International Man community for free so you will know how to do exactly that.

Lastly, you may have noticed we are upgrading our website, adding new sections and making it more user friendly. One of the new sections is the “Best of the Web” section (you must be logged in to view it), which is a frequently updated compilation of the top resources on the internet. If you have any feedback, please let us know here.