Throughout history, humans have migrated from one land to another, looking for the most favorable living conditions the world might offer them. Starting in maybe the 18th or 19th century and lasting up until the last decade or two, the place that usually best fit that description was the United States. 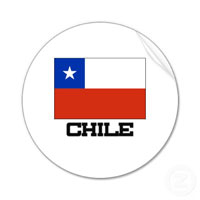 Motivated people looking primarily for more freedom and better economic prospects came to the country in hoards, and more often than not, they did find a country that offered a better life than their old homelands. Fast forward to today. Salaries in the US are still higher than in most other countries around the globe, but that might not be the case for much longer. Personal freedoms have been under attack for many years in the US, but since 2001, things have really been on a downward trend. Economic freedoms have seen a serious decline ever since the financial crisis started, and it looks like 2013 will be a banner year for the US suspending the rights of citizens concerning what they do with their own money.

Since the land of the free and home of the brave isn't looking so free or brave these days, a lot of rational, educated, and inspired people have been deciding to look for greener pastures abroad, and parts of Latin America and Asia seem to be the preferred locales. Of Latin American countries, Panama, Ecuador, Uruguay, and Chile have been attracting the most attention. Out of this list, Chile suits me by far the best, but I'd be lying if I said the country was perfect. I thought today a short list of strengths and weaknesses might be helpful for any potential future residents or visitors.

Economy: Chile's economy is one of the most attractive aspects of the country these days. Debt to GDP ratio is among the lowest in the world, around 11.2%. Unemployment in the Santiago area this year hit a 15 year low (6.2%). The government has been preparing for a global economic slowdown for years by putting aside money from its copper revenues and beefing up its “rainy day” savings account. In general, when the government encounters a new expense, it first looks for where those funds might come from instead of just adding to the outgoing accounts right away. Before I came to Chile, I honestly never imagined politicians might behave so responsibly.

Agriculture: Chile's central regions possess millions of hectares of prime agricultural land. The country's population is still only 17 million, so there's obviously more than enough food to go around here. The central valley, which runs through the 6th, 7th, and northern 8th region, is great for growing grapes, cherries, blueberries, raspberries, kiwi, apples, corn, etc., many of which are exported during the harvest season in March, April, and May. The southern regions also produce a lot of food but are generally better suited for ranching.

Minerals: After Mongolia, Chile has to be one of the luckiest countries in the world in regards to mineral deposits. Currently, the world's largest copper exporter, the country also has enormous gold, silver, molybdenite, and lithium deposits. Investing in the Chilean peso or in Chilean real estate gives you some exposure to this mineral wealth.

Property Rights: Any potential expat is going to be cautious of a country that doesn't offer foreigners the right to own property. This is one of the main issues with emigrating to some of the Asian countries. In Chile, it doesn't create any issues. It's actually possible to legally buy property in Chile without ever stepping foot in the country (but I wouldn't recommend it). Foreigners are given the same property rights as citizens, except along international borders.

Corruption (actually, lack of): Chile is notably the least corrupt nation in Latin America. In general, the police are well respected here and treat citizens like human beings. I haven't had too many run-ins with the police, but every time I have, I've been shocked by their professional attitude. I usually end up having a friendly conversation about an upcoming holiday, the English language, or the geography of the country.

Culture: Chilean culture can be more classist than in the US, but in general, I find that foreigners are welcomed in the country instead of being despised like in so many other parts of the world. It's amazing how easy it is to become integrated into Chilean society and how quickly you can become part of the community.

Energy: This is probably Chile's biggest weakness. There are some small oil fields in the deep south, and hydroelectric dams provide energy throughout the country. However, overall, Chile is not energy independent. Natural gas is imported from Argentina and is the primary source of fuel for cooking and heating water. Gasoline is imported and runs over $6 USD per gallon.

Cost of Living: While certain things are much more affordable in Chile than, say, in the US (seafood, wine, fruits and vegetables from a local market, health care, apartments, ocean view properties), other things cost just as much, if not more. As stated above, fuel is quite expensive, electronics are pricey, restaurants can be very expensive (depending on where you dine), parking is not cheap, and the cost of property has been on the rise recently. (These last two aren't as significant as the others, but they are on my list of complaints about living in Chile.)

Cuisine: I love Chile but when I'm not in Santiago, I really miss the Mexican, Thai, Indian, Pakistani, Korean, and Italian food like I grew up on in Chicago. The other day, I had a great local chicken and seafood dish prepared with really fresh ingredients, the only problem was that the only seasoning the dish included was salt.

Hot Water Heaters: If you live in a fairly new house or apartment and only stay in nicer hotels when traveling, this probably won't affect you much. However, if you stay in budget accommodations or live in an older building, you'll probably have to deal with a calefone (hot water heater) that just doesn't work right. Having a local friend well versed in how these things work can be very helpful, along with deep breathing techniques and anger management skills.

Apart from energy, Chile is in a very good position to weather any economic storms and can offer a very high standard of living. Two ways to deal with the energy issues in Chile are driving a very fuel efficient vehicle (if driving will be a necessity for you) and the use of solar and wind energy.

I drive a Citroen C3 Picasso which gets about 55 miles per gallon and runs on diesel (about 25% cheaper than gas in Chile). Suzuki and Toyota also make fuel efficient and reliable vehicles, which are available here. If you own a house here, installing solar panels and a wind generator really makes sense. One of my friends who lives on the central coast has an operating system he purchased and installed for about $5,000 USD all-together. Most of the year, it's sunny in Chile. When it's not, it's usually overcast and windy, so his system is quite efficient.

If you have a different idea about the strengths and weakness of Chile or other countries in the southern cone, I'd appreciate hearing what you have to say.

Darren Kaiser is an American expatriate and current resident of Chile. He is a small business owner, journalist, and investor. You can find more at his website http://www.darrenkaiser.com.

Do This Before Politicians Make You Pay Your “Fair Share”…

How sociopaths overran the “Land of the Free” and what they’ve got planned for it next.