It is no secret that Chile is attractive for internationalization from many standpoints. And in one area in particular, it appears to be set to become even more attractive: obtaining a second passport.

This is because Chile is about to join the US Visa Waiver Program, which increases the value in having a Chilean passport.

Even if Chile is not on your radar screen, those interested in taking the crucial step of obtaining a second passport will benefit from this article.

And with that I will turn it over to the extremely knowledgeable Darren Kaiser, an American expat living in Chile and an expert on the country. 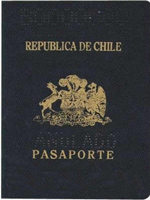 It was announced recently that starting in 2014, Chile could be the next country to join the US Visa Waiver Program. This isn't exactly shocking news to those who have been paying attention.

Chile has been on the “road map” list of countries waiting to join the program for years. The final approval still hasn't been granted, but in September, a group of US officials will visit Chile in order to see if all the requirements have been met.

So what does Chile's joining the Visa Waiver Program really mean?

If approved, it means Chileans will be able to travel to the US for up to 90 days for tourism or business without having to go through the time consuming and costly process of applying for a visa in person at a US embassy or consulate. My Chilean friends are quite excited about being able to visit New York and Miami much more easily.

Someone travelling to the US from a Visa Waiver Program country will still have to obtain authorization in advance through the Electronic System for Travel Authorization (ESTA) website. It is a pretty straightforward and easy process that can be done in minutes from your computer. Check out the State Department’s website here for more details.

The 37 countries that currently are in the Visa Waiver Program are listed below: 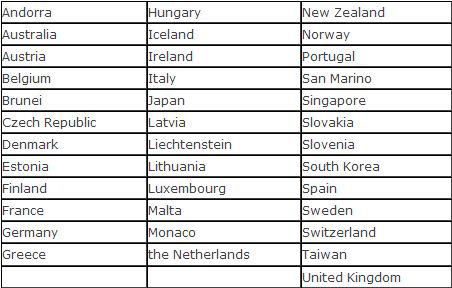 After joining the program, Chile will likely become better known in the USA. Let's face it, most Americans still know next to nothing about Chile and its great potential. As Chileans become increasingly wealthy and have more disposable income, they are starting to travel more, and as more of them go on vacation or shopping sprees in the US. American's will eventually start to learn about this relatively small country of 17 million people.

There will also inevitably be more information sharing between the US and Chilean governments. I know some people down here who aren't thrilled about this and are worried about politicians throughout the world being “in cahoots” more and more every day. I agree; however, it's a situation that's not unique to Chile – the automatic exchange of financial and other information among governments is becoming the global standard.

Successfully joining the Visa Waiver Program means Chile would become a better option for Americans seeking a second passport, if they are considering renouncing their US citizenship one day. After Chile has joined the program, an American could obtain Chilean citizenship, give up their US passport, and still return to the US visa-free for up to 90 days. There are plenty of people who would like to renounce US citizenship but still would like to have the option to travel to the US occasionally, without the headache of applying for a visa. Obtaining Chilean citizenship after Chile has joined the Visa Waiver Program would allow them to do just that.

Editor’s Note: Things can change quickly. New options emerge, while others disappear. This is why it's so important to have the most up-to-date and accurate information possible. That's where International Man comes in. Keep up with the latest on the best second passport options by signing up here for free. You’ll also get access to other stuff like Doug Casey's very popular special report Getting Out of Dodge.

Darren Kaiser is an American expatriate and current resident of Chile. He is a small business owner, journalist, and investor. You can find more at his website http://www.darrenkaiser.com.