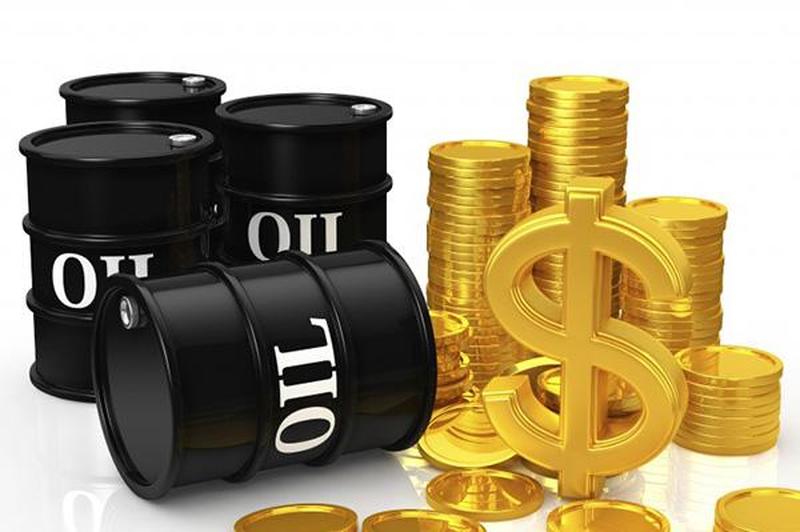 Not long ago, there was a popular joke in China that went something like, “Who is Xi Jinping?”

The answer was, “The husband of Peng Liyuan,” the famous singer Xi is married to.

Today, Xi is China’s president. He leads 1.4 billion people. And he’ll likely be the most powerful person in the world soon.

Trump’s tariffs are part of a larger, escalating battle between the US and China.

China is rapidly displacing the US as the dominant global power. This shift is inevitable. China’s economy will be twice as large as the US economy by 2030.

This leaves the US with limited options…

I think a full-blown economic war is the most likely. Under President Trump, it’s all but certain.

That said, the Trump administration seems to underestimate China’s position—in both the short and long term.

For decades, the US has been able to exclude virtually any country it wants from international trade. Right now, if one country wants to trade with another, it basically needs US permission first.

That’s because (for a short while longer) the US dollar is the world’s most important currency. The US Navy also dominates the world’s oceans, controlling most major shipping lanes.

But China is building a new international system. Eventually, it will let China and its trading partners totally bypass the US.

The New Silk Road is the centerpiece of China’s new plan.

In the coming months and years, it will include high-speed rail lines, modern highways, fiber optic cables, energy pipelines, seaports, and airports. It will link the Atlantic shores of Europe to the Pacific shores of Asia.

China expects to have its New Silk Road fully up and running by 2025.

This is history’s biggest infrastructure project. The whole point is to completely re-draw the world economic map. If it’s successful—and it most likely will be—China will dominate Eurasia.

President Xi announced the $1.4 trillion plan in late 2013. When it’s done, a train leaving Beijing will be able to reach London in only two days.

Keep in mind, the Chinese are careful long-term planners. When they make a strategic decision of this magnitude, they totally commit.

Take their road system, for example. Between 1996 and 2016 China built 2.6 million miles of road, including 70,000 miles of highway. In just 20 years, it built far more highway than the US has in its entire existence.

In other words, the Chinese get things done. They have the political might—along with the financial, technological, and physical resources—to make the New Silk Road happen. With iron-willed President Xi at the helm, I have no doubt they’ll pull it off.

Not long from now, the New Silk Road will help China unseat the US as the world’s dominant global power and totally upend the geopolitical paradigm.

But before that happens—within the next couple of weeks, actually—China is introducing a way for anyone who buys or sells oil to opt out of the US-dominated global monetary system.

Why the Dollar Is Different Than the Peso

Every country needs oil. And, for a short while longer, they need US dollars to buy it. That’s a very compelling reason to hold large dollar reserves.

This is the essence of the petrodollar system, which has underpinned the US dollar’s role as the world’s reserve currency since the early 1970s.

Right now, if Italy wants to buy oil from Kuwait, it has to purchase US dollars on the foreign exchange market to pay for the oil first.

This creates a huge artificial market for US dollars.

In part, this is what separates the US dollar from a purely local currency, like the Mexican peso.

The dollar is just a middleman. But it’s used in countless transactions amounting to trillions of dollars that have nothing to do with US products or services.

In addition to nearly all oil sales, the US dollar is used for about 80% of all international transactions.

The petrodollar system is why people and businesses everywhere in the world take US dollars. Other countries have had little choice about it, until now…

China does not want to depend on its main adversary like this. It’s the world’s largest oil importer. And it doesn’t want to buy all that oil with US dollars.

That’s why China is introducing a new way to buy oil. For the first time, it will allow for the large-scale exchange of oil for gold.

Ultimately, I think people will look back and see the Golden Alternative as the catalyst that killed the petrodollar.

Here’s how it will work…

The Shanghai International Energy Exchange is introducing a crude oil futures contract denominated in Chinese yuan. It will allow oil producers to sell their oil for yuan.

China knows most oil producers don’t want a large reserve of yuan. So producers will be able to efficiently convert it into physical gold through gold exchanges in Shanghai and Hong Kong.

Countries around the world will have a genuine, viable way to opt out of the petrodollar system. Now is the time to position yourself to profit.

With China’s Golden Alternative, a lot of oil money will flow into yuan and gold instead of dollars and Treasuries.

I think the price of gold is going to soar.

If we assume that just half of Chinese oil imports will be purchased in gold soon, it translates into increased demand of well over 60 million ounces per year—or more than 55% of gold’s annual production.

Of course, China won’t be the only country using the Golden Alternative. Anyone will be able to.

The increased demand for gold is going to shock the market. That’s why I think the price of gold will soar.

As the petrodollar dies, gold will be remonetized… and China will be another step closer to displacing the US.

Owning physical gold’s not the only way to turn the coming chaos into huge profits. There are other practical steps you can take before the US-China conflict reaches its boiling point. Get the details in our guide to Surviving and Thriving During an Economic Collapse. Click here to download the PDF now.

China Is Days Away From Killing the Petrodollar

A full-blown economic war between the US and China is likely. But the US underestimates China…

Gold Will Soar… As China Kneecaps the Dollar

China is about to launch a new alternative financial system—here’s how it could mortally wound the US dollar.

The Cardinal Sin of International Finance

One day soon, Americans will wake up to a new reality…