For weeks, the top news headlines have been about politics.

And politics has been all about the Republican Party candidate for president of the United States, Donald Trump.

The Establishment, the media, and most right-thinking people look around and sniff the air.

Something stinks. And the smell, they say, is coming from that skunk, Trump.

Meanwhile, Hillary, all greased up with expensive perfume, glides by – all her double dealing… her millions in Wall Street speaking fees… her crony friends and supporters.

She and her husband have a net worth of $50 million – after a career spent devoted almost entirely to “public service.”

Who asks where the money came from?

Instead, the headlines are all about poor Donald.

For better or for worse, the 2016 presidential campaign was all about him.

Not about his policies. Not about calm analysis of what was wrong and how it could be fixed.

It was always about him. And now, the nation’s attention is still focused on him and his peccadillos… rather than Ms. Clinton and her scams, corruptions, and Deep State flimflams.

Is the election really rigged?  Probably not in the way Mr. Trump intends listeners to believe. But the “system” is so rigged that the election results hardly matter.

A real conservative would shift the debate away from fanny pinching and other ungentlemanly comportment to how it is rigged. Americans want to know. How come the economy no longer grows as it used to? How come most Americans are poorer today than they were in 1999? How come we no longer win our wars?

He would explain to listeners that much of the rigging took place while Hillary and Bill Clinton were collecting more than $150 million in speaking fees, telling us how to improve the world!

Then, he would help listeners put two and two together – explaining how the fake dollar corrupted the nation’s economy… and its politics, too.

And he would offer real solutions.

As it is, nobody seems to care. Not the stock market. Not the bond market. Not commentators. Not Hillary. Not Donald. Nobody.

As long-suffering readers will know, the global economy now depends on three things:

Let’s look at them in order…

U.S. markets will remain stable until they become unstable. That pretty much sums it up. When the next crisis will come is anyone’s guess; we’re surprised it hasn’t already come.

But there is a dark movement afoot for the world’s central banks to buy stocks in addition to the bonds they’re already buying under QE… and in almost unlimited quantities. That may help keep stock prices high and maintain the illusion of stability.

As for higher levels of consumer price inflation, they are surely coming, too.

But not necessarily anytime soon. With the economy slowing, the velocity of money – the rate at which money is used to buy and sell stuff – tends to slow down, too.

The fewer transactions there are, the less upward pressure there is on prices.

Plus, wages are more or less stagnant or falling in the developed world. And there is still a huge supply of labor available in the developing world for less than $20 a day.

If we’re waiting for labor costs to push up consumer prices, we could have a long wait.

Which brings us to China…

An alarming report in Friday’s Financial Times warned us that “China exports fall sharply as concerns over demand grow.”

Chinese exports are falling – in dollar terms – at a rate of 10% a year.

China buys raw materials. It sells finished products. It is the greatest “export-led” success story of all time.

Then, as the world’s attention is fixed on the sordid business of the U.S. election, with its contest between reality-TV Big Shot Donald Trump vs. Deep State Shill Hillary Clinton, the world economy wobbles…

Editor’s note: Highly decorated General Dwight D. Eisenhower first warned the American public about the Deep State. He did it during the farewell address for his second term as president in January of 1961.

Ike’s farewell address also served as a warning to JFK, who would succeed him as president. And JFK tried to take the Deep State head-on…

A short while later, JFK was assassinated. We don’t know exactly who did it or why, but we do know that he was the last president to challenge the Deep State directly.

Recently, Doug Casey’s longtime friend and colleague Bill Bonner issued an alarming video on this topic, including some footage from Eisenhower’s farewell address. You can watch this new video right here: 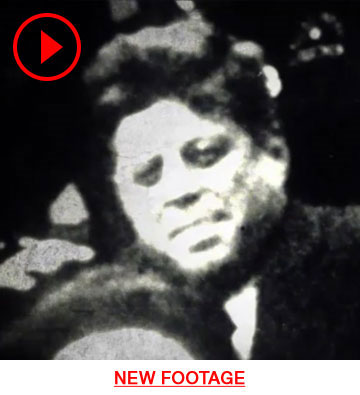