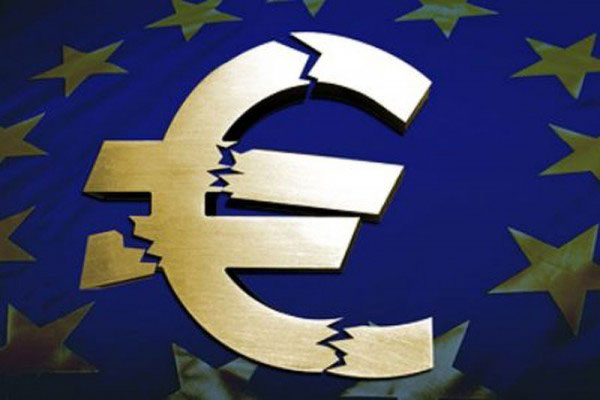 Nick Giambruno: Doug, you predicted the fall of the European Union a few years ago. What has changed since then?

Doug Casey: Well, what’s changed is that the entire situation has gotten much worse. The inevitable has now become the imminent.

The European Union evolved, devolved actually, from basically a free trade pact among a few countries to a giant, dysfunctional, overreaching bureaucracy. Free trade is an excellent idea. However, you don’t need to legislate free trade; that’s almost a contradiction in terms. A free trade pact between different governments is unnecessary for free trade. An individual country interested in prosperity and freedom only needs to eliminate all import and export duties, and all import and export quotas. When a country has duties or quotas, it’s essentially putting itself under embargo, shooting its economy in the foot. Businesses should trade with whomever they want for their own advantage.

But that wasn’t the way the Europeans did it. The Eurocrats, instead, created a treaty the size of a New York telephone book, regulating everything. This is the problem with the European Union. They say it is about free trade, but really it’s about somebody’s arbitrary idea of “fair trade,” which amounts to regulating everything. In addition to its disastrous economic consequences, it creates misunderstandings and confusion in the mind of the average person. Brussels has become another layer of bureaucracy on top of all the national layers and local layers for the average European to deal with.

The European Union in Brussels is composed of a class of bureaucrats that are extremely well paid, have tremendous benefits, and have their own self-referencing little culture. They’re exactly the same kind of people that live within the Washington, D.C. beltway.

The EU was built upon a foundation of sand, doomed to failure from the very start. The idea was ill-fated because the Swedes and the Sicilians are as different from each other as the Poles and the Irish. There are linguistic, religious, and cultural differences, and big differences in the standard of living. Artificial political constructs never last. The EU is great for the “elites” in Brussels; not so much for the average citizen.

Meanwhile, there’s a centrifugal force even within these European countries. In Spain, the Basques and the Catalans want to split off, and in the UK, the Scots want to make the United Kingdom quite a bit less united. You’ve got to remember that before Garibaldi, Italy was scores of little dukedoms and principalities that all spoke their own variations of the Italian language. And the same was true in what’s now Germany before Bismarck in 1871.

In Italy 89% of the Venetians voted to separate a couple of years ago. The Italian South Tyrol region, where 70% of the people speak German, has a strong independence movement. There are movements in Corsica and a half dozen other departments in France. Even in Belgium, the home of the EU, the chances are excellent that Flanders will separate at some point.

The chances are better in the future that the remaining countries in Europe are going to fall apart as opposed to being compressed together artificially.

And from strictly a philosophical point of view, the ideal should not be one world government, which the “elite” would prefer, but about seven billion small individual governments. That would be much better from the point of view of freedom and prosperity.

Nick Giambruno: How does Brexit affect the future of the European Union?

Doug Casey: Well, it’s the beginning of the end. The inevitable has now become the imminent. Britain has always been perhaps the most different culture of all of those in the European Union. They entered reluctantly and late, and never seriously considered losing the pound for the euro.

You’re going to see other countries leaving the EU. The next one might be Italy. All of the Italian banks are truly and totally bankrupt at this point. Who’s going to kiss that and make it better? Is the rest of the European Union going to contribute hundreds of billions of dollars to make the average Italian depositor well again? I don’t think so. There’s an excellent chance that Italy is going to get rid of the euro and leave the EU.

Nick Giambruno: Why should Americans care about this?

Doug Casey: Well, just as the breakup of the Soviet Union had a good effect for both the world at large and for Americans, the breakup of the EU should be viewed in the same light. Freeing an economy anywhere increases prosperity and opportunity everywhere. And it sets a good example. So Americans ought to look forward to the breakup of the EU almost as much as the Europeans themselves. Unfortunately, most Americans are quite insular. And Europeans are so used to socialism that they have even less grasp of economics than Americans. But it’s going to happen anyway.

Nick Giambruno: What are the investment implications?

Doug Casey: Initially there’s going to be some chaos, and some inconvenience. Conventional investors don’t like wild markets, but turbulence is actually a good thing from the point of view of a speculator. It’s a question of your psychological attitude. Understanding psychology is as important as economics. They’re the two things that make the markets what they are. Volatility is actually your friend in the investment world.

People are naturally afraid of upsets. They’re afraid of any kind of crisis. This is natural. But it’s only during a crisis that you can get a real bargain. You have to look at the bright side and take a different attitude than most people have.

Nick Giambruno: If you position yourself on the right side of this thing, do you think you can profit from the collapse of the EU?

Doug Casey: Yes. Once the EU falls apart, there are going to be huge investment opportunities. People forget how cheap markets can become. I remember in the mid-1980s, there were three markets in the world in particular I was very interested in: Hong Kong, Belgium, and Spain. All three of those markets had similar characteristics. You could buy stocks in those markets for about half of book value, about three or four times earnings, and average dividend yields of their indices were 12–15%—individual stocks were sometimes much more—and of course since then, those dividends have gone way up. The stock prices have soared.

So I expect that that’s going to happen in the future. In one, several, many, or most of the world’s approximately 40 investable markets. Right now, however, we’re involved in a worldwide bubble in equities. It can go the opposite direction. People forget how cheap stocks can get.

I think we’re headed into very bad times. Chances are excellent you’re going to see tremendous bargains. People are chasing after stocks right now with 1% dividend yields and 30 times earnings, and they want to buy them. At some point in the future these stocks are going to be selling for three times earnings and they’re going to be yielding 5, maybe 10% in dividends. But at that point most people will be afraid to buy them. In fact, they won’t even want to know they exist at that point.

I’m not a believer in market timing. But, that said, I think it makes sense to hold fire when the market is anomalously high.

The chaos that’s building up right now in Europe can be a good thing—if you’re well positioned. You don’t want to go down with the sinking Titanic. You want to survive so you can get on the next boat taking you to a tropical paradise. But right now you’re entering the stormy North Atlantic.

Editor’s Note: There’s major turmoil ahead for Western Civilization… and it could be catastrophic for global currency and stock markets.

We expect the fallout to be far worse than 2008.

Most investors can’t handle that sort of chaos. But Doug Casey and his team know how to turn it into huge profits. They’re sharing need-to-know information about the coming global economic meltdown in this time-sensitive video. Click here to watch it now.