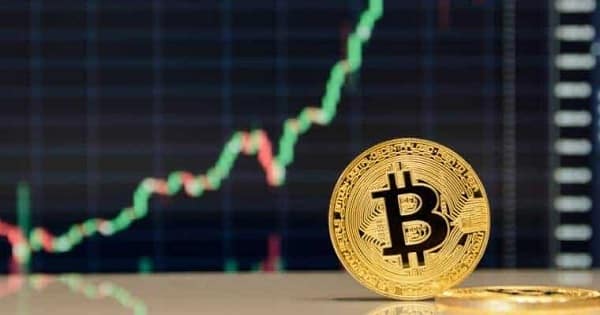 International Man: You’ve said previously you think cryptocurrencies are a revolutionary technology. What makes you think that?

I’m not a computer jock, but that’s unimportant when it comes to seeing the implications of the technology—much as it was unnecessary to be either a driver or a mechanic 100 years ago to appreciate the merits of the automobile. It’s been said that the blockchain technology may be the single most important development since the invention of the internet itself.

It’s going to change the way documents are transmitted, the way real estate is sold and registered, the way stocks and bonds are tracked, the way inventory is tracked. It’s a game changer in many ways.

I think cryptos have staying power simply because government fiat currencies are bad and will be getting worse. Don’t forget, central banks all over the world are printing up fiat currencies by the trillions, desperately trying to put off a collapse of the world economy.

So cryptos aren’t going away. But I view them mainly as a speculative opportunity right now.

Where is bitcoin going? Bitcoin is kind of the numeraire. It’s the gold standard, as it were, of cryptocurrencies. John McAfee, who founded the cyber security giant McAfee, LLC, thinks it’s headed much, much higher.

When I got together with John, I stayed at his house, we spent a day together, had drinks and cigars, and got along extremely well. He’s a very bright, knowledgeable, and entertaining guy.

At the time, he thought bitcoin’s going to at least $50,000. And I don’t think he’s changed his opinion.

It’s no longer early days; that’s for sure. But perhaps it’s like getting into internet stocks back in 1998—they weren’t cheap, but the bubble got much, much bigger. And the internet—contrary to what people like Paul Krugman thought—was not itself a bubble.

International Man: When did you get involved with cryptos?

Doug Casey: Well, in retrospect—and I’ve been involved in bitcoin since 2017—I was a late adopter, because it took me a while to figure out that its main use was as a transfer mechanism.

I like to go back to the basics. And the basics here are what Aristotle in the 4th century BC defined as the five characteristics of good money. His analysis is as accurate now as it was then. A good money must be durable, divisible, convenient, consistent, and have use value in and of itself. Based on that, Aristotle believed gold and silver were best suited for use as money. Let’s analyze how bitcoin does by these five criteria.

Durable. Bitcoin and other cryptocurrencies are definitely durable, unless we have an electromagnetic pulse (EMP) or a significant solar flare that wipes out all the computers. They’re not as durable as the metals, but they’re adequate, barring a collapse of civilization.

Divisible. They’re infinitely divisible. Better than the physical metals—although the metals can be accounted in tiny fractions too.

Convenient. Yes—as long as you have a smartphone, which almost everybody does today.

Consistent. Absolutely. Every bitcoin is exactly like every other. It’s at least as good as .999 fine gold that way.

The problem I had with bitcoin was the fifth point: Does it have use value in itself, so you can’t get stuck holding the bag? The reason I got involved so late in the cryptos was I couldn’t see their use value.

But I was wrong about that.

The main use value of bitcoin is as a transfer mechanism. You can move wealth from one country to another or one person to another quickly and privately. I’d say secretly, but you’re not supposed to say “secret” anymore. You can only say “private.” Part of the politically correct corruption of language, I might add.

And cryptos let you do so outside of the banking system, which is increasingly important.

I’d rather be my own bank—which is possible with cryptos—than use conventional commercial banks. Due to the universal adoption of fractional reserve principles, there isn’t a genuinely sound bank in the world today. I don’t doubt that during the next crisis there will be a number of governments who force customers to “bail in” their banks—forfeiting their deposits above the insured amounts—such as happened in Cyprus a few years ago.

Bitcoin is still marginal for use as an actual medium of exchange and a store of value—the two major functions of money—because it’s too volatile. Radical fluctuations in the value of money aren’t good. But time and more people using it will solve those problems.

International Man: What do you see coming for cryptos?

Doug Casey: Cryptos have great utility in many areas besides use as money. Right now only about 25 million out of the 7 billion people in the world currently use them. They’re going to get much bigger in the developed world, but even bigger in the Third World.

In all of Africa, most of South America, and a great part of Asia, fiat currencies issued by governments are a joke. They’re extremely unreliable within those countries. And they’re totally worthless outside the physical borders of the country. That’s why those people want dollars.

I think that the Third World will adopt bitcoin and some other cryptos in a huge way.

This is because people who own cryptocurrencies, at least for the time being, are making money. They’re saving an appreciating asset rather than a depreciating asset—notwithstanding the recent “crypto winter” that took bitcoin from $20,000 in December 2017 down to around $3000 about one year later. You’re on a Sisyphean treadmill if you try to save a Third World currency—but three-quarters of humanity have no alternative.

The whole Third World is going to go to cryptocurrencies. They all have smartphones in these countries. A phone is the first thing they buy after food and clothing.

Soon billions more people will be participating in the crypto market. The creation of the libra by Facebook will introduce hundreds of millions more people to cryptos. But I wouldn’t touch it. It offers zero privacy, and it’s backed by a basket of government fiat currencies. Lots of potential problems.

International Man: Tell us about Marco Wutzer, your longtime friend, pioneer crypto investor, and a true expert in this field.

What makes you trust Marco to direct your capital to the right places in the crypto markets?

Doug Casey: I met Marco over 10 years ago, in Paraguay of all places. Marco is really a bit of a genius. He knows more about cryptos than any other person I’ve met.

In particular, what I like about Marco is he doesn’t just try to guess where bitcoin is going; he’s looking at these second and third generation crypto projects.

Marco believes, for good reasons it seems to me, that during the next run up—or the current run up I should say—in cryptos, some of these second and third generation cryptos have not just 100-to-1, but even 1,000-to-1 potential.

In other words, they could replicate what bitcoin did 10 years ago going from pennies to $20,000 dollars.

It’s pretty clear to me that this is a revolutionary area. And there are bound to be lots of crypto plays that go up many, many times in value over the next five years.

A man has got to know his limitations. I’m not a computer jock, but I can see the validity of the arguments that Marco makes for a new wave of profits in the area.

So, if you want to get involved in cryptos, you should do what I do. That is, listen to Marco.

Editor’s Note: Marco just released a new exclusive video on what he thinks is the most compelling crypto play right now. With the new crypto bull market taking off quickly, the situation is truly urgent. Click here to watch it now.