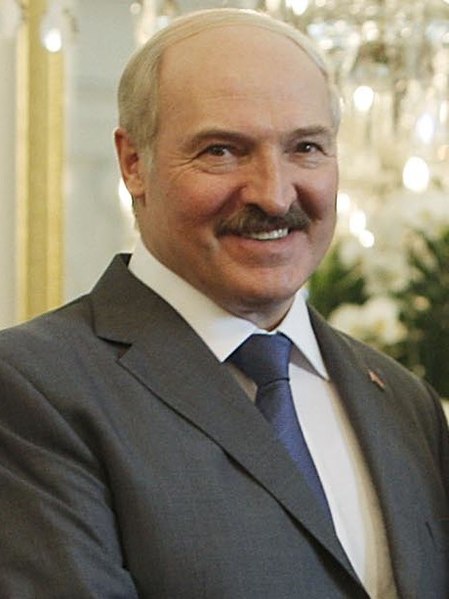 Words like “dictator” and “authoritarian” are bandied about with increasing regularity these days, largely - though by no means solely - by a hysterical leftist media.

Aside from betraying a childish case of “sour grapes,” misappropriating such words gravely condescends to the hundreds of millions of individuals around the world who actually suffered under genuine authoritarian dictatorships throughout the 20th century... and to those who, to this very day, still do.

Take Belarus, location of our current and temporary International Man office, as one of all too many examples.

Few rulers have quite lived down to the dubious distinction of “authoritarian dictator” quite like Alexander Lukashenko, president of the European hermit state of Belarus. Indeed, Belarus is often referred to as the “last remaining dictatorship in Europe.”

Lukashenko rose to power in the early nineties, four years after the dissolution of the failed, murderous experiment that was the Union of Soviet Socialist Republics, and three years after Belarus declared independence from the smoldering, collapsed aftermath of abject poverty and misery that followed.

Barely two years into his rule, Lukashenko pushed through a controversial amendment to extend the presidential term from five to seven years, thereby postponing his 1999 election until 2001. The electoral officer at the time, Viktar Hanchar, dared denounce the parliamentary referendum on the extension as a “fantastic fake.”

He was subsequently removed from office for “official matters.” Shortly thereafter, he disappeared under mysterious circumstances. Today, he is presumed dead.

Herewith, a necessarily abbreviated account of some of the many injustices Hanchar did not live to see.

After banning his opponent, Alaksandar Milinkievič, from appearing on the state-controlled Belarusian television and confiscating his political pamphlets, the incumbent Lukashenko again “prevailed” in the 2006 election, an event that was roundly criticized by international watchdogs as having “violated Milinkievič’s human rights.”

Milinkievič was later jailed in 2006 for taking part in an “unsanctioned rally.” He has been detained and harassed by state police repeatedly since, including being “tried in absence” and subsequently fined for “leaving Belarus illegally.”

Following the 2010 election, in which Lukashenko “won” 80% of the votes (runner-up and leader of the opposition party, Andrei Sannikov, received less than 3%), more than 10,000 people took to the streets of Minsk to demonstrate.

There, in the long shadows of government buildings and victory monuments, protestors were brutally beaten by Lukashenko’s state militia. All in, more than 700 people were arrested, including most of the political opponents who stood against Lukashenko in the election.

Sannikov and his wife, Iryna Khalip, were singled out for particularly harsh treatment. According to eyewitness accounts:

"Andrei was beaten by truncheons while he was lying. He was beaten on the head [and] all over the body. Andrei was lying and trying to protect himself with his arms. No one was allowed to come near him so that people could not defend [him]."

(Sannikov was sentenced to 8-15 years jail for his part in the protest. He was released, under immense pressure from the international community, in 2012… though not before an unsuccessful attempt by state agents to kidnap his 3-year-old son from daycare.)

The Ukrainian newspaper, KyivPost, described what happened to Vladimir Neklyayev, another prominent political opponent who had joined the protest march that night in Minsk:

“He was taken to a hospital, and an aide said men in civilian clothing wrapped him in a blanket on his hospital bed and carried him away as his wife screamed. [His lawyer] Sidorenko said she has not been allowed to visit him since.”

More than two-dozen journalists were arrested at the rally, many of them beaten and jailed for "participation in an illegal demonstration.”

Another prominent critic of Lukashenko’s regime, theater director Natalia Koliada, relayed her own story from that night to British newspaper, The Sunday Telegraph (after she was mistakenly released from prison due to a bureaucratic mix up with her paperwork):

Miss Koliada told [The Sunday Telegraph] how she was singled out by police and directed to a prison van – "a kind of mobile jail" – where she was made to lie, face down, and was threatened with murder and rape if she moved or spoke.

"It was dark inside, and I couldn't see a thing. The guard said 'My only dream is to kill you; if you so much as move you'll feel my baton all over your body, you animal,'" she recalled. "Then he threatened to rape me."

As the truck filled up the guards ordered the prisoners to stand until, with 70 on board, it was driven to a prison where they were made to wait for two and a half hours in a yard surrounded by barbed wire.

Perhaps unsurprisingly, the predictable result of the 2015 presidential election, in which Lukashenko entered his second decade of power, met with little opposition.

Thus Lukashenko retains his ruthless, iron grip over the long-suffering Belarusian people to this day, almost a quarter of a century since he first assumed power here.

When the Soviet experiment collapsed in 1989, Belarus was one of the world’s most industrialized states by percentage of GDP. Since then, Lukashenko has maintained vise-like control over the nation’s industry, with large swaths of the economy under direct state ownership. Most of the nation’s trade relies on neighboring Russia, as does the vitality of its economy.

After the 2010 election, the state government’s money printing led to massive inflation of the local Belarusian ruble, which topped out at more than 60% (though the “black market” rate was much higher). Fearing total economic collapse, citizens began exchanging their paper fiat for dollars, euros and even canned goods.

Even now, after years of political isolation, fear and distrust among the population is palpable.

“You are the first Australian I’ve ever met,” a young real estate agent confided as she looked over the marsupial-embossed passport on the desk in front of her. (Passports are still required for all foreigners to rent property in Belarus, even through temporary sites like Airbnb.) “Most of the tenants we have are Russians.”

After some hesitant conversation, our host opened up a little. “It’s not easy here. We’re not used to foreigners. The road to freedom, as you say, is a long one. Many older [Belarusian] people don’t believe it’s even possible. They have lost hope.”

To be crystal clear, your editor is a fan of no state government. They are – everywhere and always – a violent monopoly on force, their borders nothing more than a chalk outline for the ongoing crime scene over which they preside.

There can be little doubt that all governments possess, within their very DNA, the potential, even the tendency, to devolve into authoritarian dictatorships. And it is the proper role of the Fourth Estate to warn against such an outcome.

That being said, the media – right and left – does little to help the situation when it employs rank hyperbole to denounce one or the other statist team.

Desensitization to the state’s truest, authoritarian expression serves nobody, lest we ignore the warning signs if and when they really do come to pass once again.