by Joel Bowman by Nick Giambruno 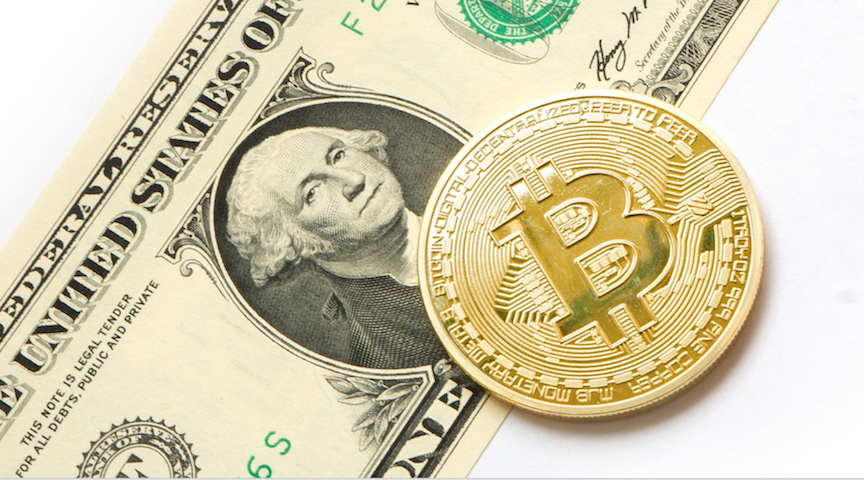 Joel Bowman: G’day, Nick. Last we spoke, you were describing what you called the “natural and predictable endgame” for the twin evils of democracy and fiat currency. Uplifting as that was, I thought today we might focus on some potential free-market workarounds to that rather unpleasant terminus.

Nick Giambruno: Well, just to make an important distinction, there’s a big difference between what I see as the inevitable endgame for society and what you, yourself, can do as an individual. As long as society at large holds onto these values of socialism, collectivism and so forth, it will continue on its present path to destruction. But that doesn’t mean you, as an individual, are doomed. You can certainly take steps to not only protect yourself but profit from the unfolding situation.

Joel: Excellent distinction, Nick. To that end, we’ve written quite a lot in this communiqué about the recent return to market-based money in the form of cryptocurrency, which empowers individuals to be their own bank, as opposed to having to rely on state-sponsored money, where trust necessarily must rest in the government to maintain their currency’s integrity. Can you talk about that a little bit?

Nick Giambruno: Right. In that sense I view cryptocurrencies as a wonderful tool to advance human freedom through empowering individuals to take control of their own financial destiny.

I own them personally. I’m totally for them.

Joel: For the uninitiated, who might have heard the word bitcoin or ethereum or ripple, but don’t really know much beyond that, what’s the best way to begin the learning curve?

Nick Giambruno: You really want to start with bitcoin, which was the first cryptocurrency out there. There are 1,700 or so different cryptocurrencies out there in the market now, each with different properties, each purporting to cater to a different market niche.

To be honest, a lot of them are garbage, so you really have to do your due diligence. But that doesn’t mean there aren’t some genuinely good quality offerings to be had.

Joel: Certainly there is no excuse for taking short cuts on your due diligence. As my swimming coach used to say to us when we cut the lanes as kids, “You’re only cheating yourself.”

That said, I feel like a lot of people worry that, because the marketplace for cryptocurrencies has so rapidly expanded in terms of the number of products on offer, somehow diminishes the strength of the market overall.

My intuition is that the opposite is most likely true. For the first time in a long time, the market is being invited to sort the wheat from the chaff with regards to preferred qualities of money itself. It is we, consumers, not bureaucrats and central bankers, who get to decide which coins offer the properties we deem to be most valuable. Whether that’s ease of use, cost or speed of transaction, privacy, security, price stability…or whatever else.

The point is, in a truly free market, users/consumers are king. Those coins that best satisfy the wants and needs of their user base gradually attract more users and, therefore, gain larger market caps. Coins that are found to be clunky or in some fashion unreliable, will wither on the vine.

Right now, bitcoin is winning the competition with right around 48% market share. Obviously, that could very well change over time. In fact, it almost certainly will. And that’s just how markets should work, the forces of creative destruction continuously punishing the bad and rewarding the good.

It’s the practical opposite to what we see in the traditional (read: crony) banking sector, where gross malinvestment is not only encouraged – by artificially manipulated interest rates – but actually rewarded through, for instance, massive, taxpayer-funded bailouts when things really do go wrong, as in 2008.

As we saw, that only led to mass consolidation in the sector, where more risk is now concentrated in fewer hands than ever before. Of course, a massively protectionist regulatory environment, which discourages healthy competition by way of artificial barriers to entry, only poisons the waters.

In my view, it’s a very good thing that coins in the crypto world must sink or swim based on their own merits, that there is no “lender of last resort” on standby to bail them out if they misbehave. There’s never been a “bitcoin bailout,” and a good thing, too!

Nick Giambruno: Right. And bitcoin has plenty of other advantages. It also has the largest and most decentralized network by far, with no single point of failure. Even if a nuclear war wiped out half the world’s computers tomorrow, bitcoin would still exist.

The simplest way to get involved is to really just to buy a small amount, something you’re comfortable venturing.

Joel: Learn by doing, in other words.

Nick: Exactly. You can think of it a little bit like email. When email first came around, the concept was almost impossible for the average person do digest. It was simply too abstract. Too esoteric. Really the easiest way to learn how emailed worked was to begin using it. After a while, it becomes intuitive, natural, even.

Same thing goes for bitcoin. You can learn about the mining process and distributed ledgers and the whole philosophy behind it, but the easiest way to get that process started is just to download a wallet, buy a small amount worth – it could be as little as $10 or $15 – and begin familiarizing yourself with the technology interfaces.

Joel: Not everyone traveling in the wonderful age of jet planes is intimately familiar with the fundamentals of aerodynamics...

Nick Giambruno: Yet we all love to travel. And, as with email, the technology is improving all the time. Rest assured, there are some really smart people out there working on the latest wallets and exchanges and applications, so this is only going to become accessible to more and more people, which can only be good for the market over the long run.

Joel: Still not too late to be early. Thanks for talking with us today, Nick.

Nick: My pleasure. Until next time…

Marijuana is on the rise. And it is substantially safer than alcohol for the human body. To me, marijuana is a financial hedge. It’s use will increase, like alcohol use does, in economic recessions and depressions. But in good times, it’s going to be a big part of the entertainment economy, which will grow rapidly as machines increasingly take over the production of goods and services, leaving humans lots of time to write poetry, philosophize, and … chill out. This is the early opportunity to get on board with a very long term trend. To learn more, click here.