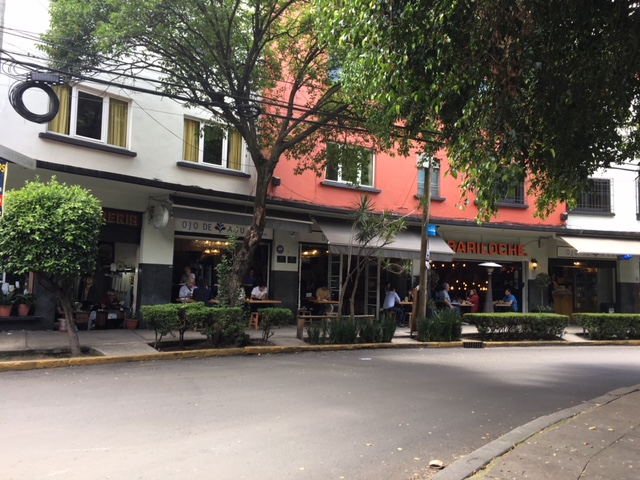 When we left Mexico’s capital a week or so ago, bound for the United States, the rainy season was just peeking over the mountains. Now we return to find it firmly settled in.

Each afternoon, from now until sometime in October, the clouds will gather over the parks and cafes and taco stands. Around 3pm, locals will look to the ominous skies overhead, sensing the outflow that signals the coming storms. They will nod to each other, turn up their collars, and bid farewell for the day.

Then the rains will come to wash the streets and cleanse the air and cool the city. It’s a pleasant enough time to be here.

But our mind is still north of the border, back in the “Land of the Free, Home of the Brave.” Back in the Empire… 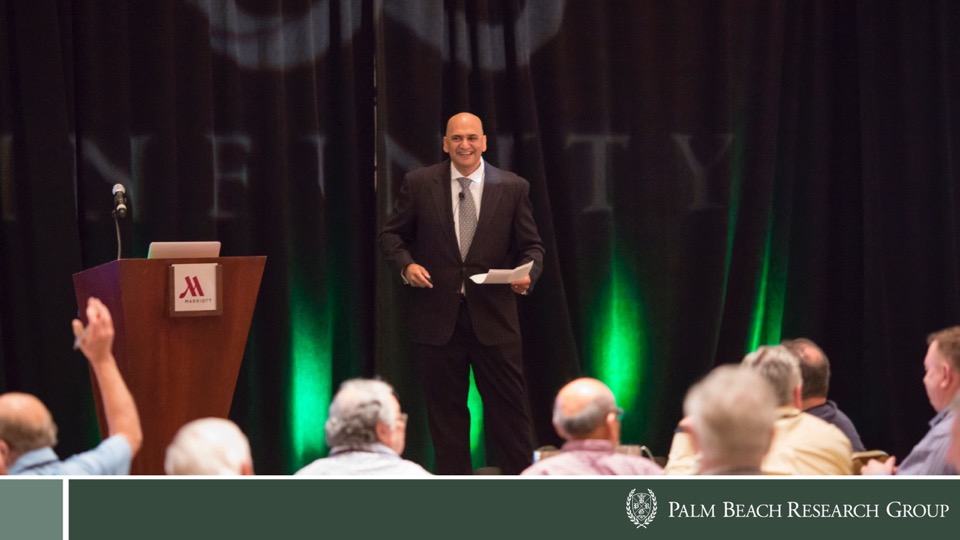 Every time we venture to the United States we are delighted and shocked, inspired and horrified, saddened and redeemed. This time was no different.

Quietly, and wary of who might be eavesdropping, we both rejoice for what is…and despair for what has been lost. We laugh. We cry. And we check to make double sure our passport is valid and our travel visas are in order.

This past week we divided between Houston, Texas (where we have family, by marriage) and Las Vegas, Nevada (which played host to this year’s Freedom Fest conference…more about which later in the week).

The two cities have more in common than either would likely care to admit. But one thing we suspect is uniform across the entire Union is the creeping, inescapable politicization of virtually every aspect of life.

On college campuses, for instance, there is the nasty world of “trigger warnings” and “safe spaces” and “micro aggressions” to navigate.

Tomorrow’s movers and shakers, the titans of 21st Century industry and barons of future commerce, who aspire to “be the change they want to see” in the world, nevertheless have to fret and squirm about potentially offending their coevals by using the wrong gender pronoun…or appropriating someone else’s culture… or posting something questionable on what’s fast becoming a very anti-social media.

Say or write the wrong thing and little Johnny or Janey could be subject to this week’s Two Minutes of Hate. Poor George Orwell. 1984 was supposed to be a caution against totalitarianism…not a blueprint to achieve it!

“Ah, but you’re talking about students,” we hear you say, “ever given to shameless displays of emotional hemophilia.”

But it ain’t just the youngsters we find cowering under the false security of Big Brother’s censorship.

Whatever the subject that finds its way across the dinner table, you’re likely to encounter political roadblocks. Every remark is supposed to betray some hidden meaning, some sinister message, to revealing the author’s subconscious bigotry or intolerance.

Sports… the economy… even the most base and puerile television entertainment…

Everything comes with the kind of conversational baggage that leads to mute interlocutors, scared stiff they might utter something that could “offend” someone unable to manage their emotions.

Social Justice Warriors stand at the ready, examining every possible interpretation of a given sentence, eager and ready to claim punitive damage.

And it’s not just what you’re prohibited from saying, either. It’s what you must say, too.

“I’m sick of having to prove my patriotism,” one friend confided to us over brunch at Ouisie’s, a Houston institution. (We had the eponymous crab cake benedict...about which we harbor no reservations and offer no apologies.)

“Look, I come from a military family,” our friend continued. “My father and brothers served. I grew up saying the Pledge and singing the Anthem and eating Blue Bell ice cream and all the rest. But that’s just not enough anymore.

“Now we have ceremonies to honor our ‘men and women in uniform’ at every sports game. We have season tickets to the Astros. That’s eighty-plus home games a season. I mean, how many heroes do we need to worship?

“Again, I’m all for giving props to those who deserves it. And certainly plenty do. But at this stage, we’re down to saluting some guy who spent a couple of years in the coast guard. The only action he’s seen is right down the road, in the Port of Galveston.

“And if you don’t stand, with your hand on your heart and a tear in your eye, people look at you like you’re some kind of terrorist in the making. I mean, where does it all end?”

We had no good answer…at least, none we were prepared to be heard offering in a crowded restaurant.

As history has been at great pains to show us, when everything not prohibited is mandatory, the freedom between the two becomes a fast casualty indeed.