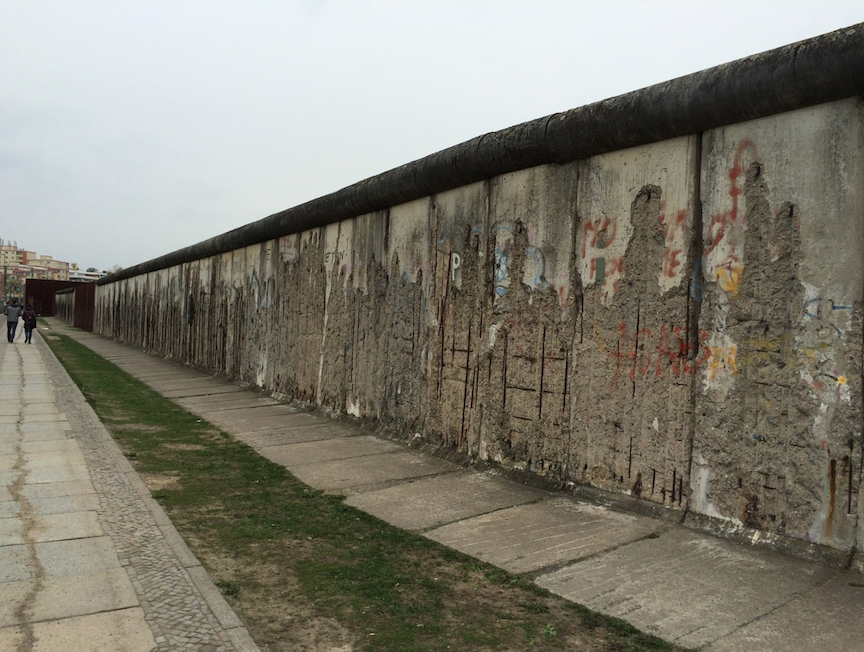 Berlin is the testicle of the West.
When I want the West to scream, I squeeze on Berlin.
~ Nikita Khrushchev

“You’d think they would have learned something. They lived with communism for 45 years. They should know what it’s like.”

We are in Berlin at a business conference. A friend was explaining why progress in human affairs comes so slowly… if at all.

We will come back to that in a minute. But first, we note that the mill is still grinding away. That is, despite all the bluff and blather about what a great economy we have, interest rates are rising… undermining the whole fakey capital structure.

We remind readers that the whole thing – including some $250 trillion worth of debt worldwide – rests on artificially low interest rates. If rates continue to rise, it is sure to fall down.

For the first time in seven years, this week, the 10-year Treasury note yield topped 3.25%. This number is probably the most important number in modern capitalism. It tells us the “risk-free” price of money… which is to say, it tells us the cost of borrowing money, or more abstractly, the price of the future.

The more you borrow today, the more time you will have to take away from tomorrow to pay it back. Eventually, you run out of time… and out of luck.

To put that in more concrete (or wood and plastic) terms, the higher your mortgage rate… the longer you have to work to pay for your house. CNBC has the latest:

The average rate on the 30-year fixed loan sat just below 4 percent a year ago, after dropping below 3.5 percent in 2016. It just crossed the 5 percent mark, according to Mortgage News Daily. That is the first time in eight years, and it is poised to move higher. Five percent may still be historically cheap, but higher rates, combined with other challenges facing today’s housing market, could cause potential buyers to pull back.

“Five percent is definitely an emotional level inasmuch as it scares prospective buyers about how high rates may continue to go,” said Matthew Graham, chief operating officer of MND.

The bulls say rates are moving up because the economy is so strong (people are borrowing and spending because they see things getting better). Maybe.

But we see no evidence of it. Instead, what we see is a business expansion at the end of its life expectancy… a bull market in stocks that is way past its sell-by date… and a huge pile of debt ready to come down on our heads as rates increase.

In short, we see a delusional economy that is quickly running out of time.

But let’s leave the economy and turn back to Berlin.

“It’s almost unbelievable,” continued our friend. “We went over to see Checkpoint Charlie [one of the best-known crossings between East and West Berlin] and the Holocaust monument. There’s a huge museum there that reminds us of how bad the Nazis were. You go there and you have no doubt that they were awful.

“But the Soviets and communists are completely whitewashed. I mean, not only is there no reference to their crimes, there’s not even any hint of what was really going on. They don’t make any comparison of communists to Nazis… They seem to think that Nazis were evil, but that capitalists and communists are just two more or less equal alternatives.

“You can buy pieces of the Berlin Wall and take them home as souvenirs. But nobody is selling bits of barbed wire from Auschwitz. It would be too horrible.

“But at the old border, you can see where people dug tunnels to get from the East to the West. Nowhere is there any explanation as to why they were digging tunnels or what it was that they were trying to get away from.

“Instead, you get the impression that the wall was just put up to separate the different systems – capitalism and communism – so the capitalists wouldn’t go over and take advantage of the communists by buying their food at lower prices. No kidding; that’s one of the explanations for the wall.

“And the street names are the same over there [in East Berlin] as they were when the reds were in charge. There’s still a Karl-Marx-Allee, with a statue of him. There are statues of other communists, too. The only one that was taken down was of Stalin, which was pulled down by the communists themselves in the Khrushchev era.

“But there are no statues of Hitler or Göring in the Western part. And, of course, I’m not proposing any. They were criminals. But the communists were just as bad, or maybe even worse. Yet there’s no recognition of it.”

“They even remember the Spartacist uprising [a 1919 attempt to impose communism in Germany] as if it were a move in the right direction.

“When they reunified the country, they were so eager to make it work that they left the communists in power in the East and poured billions of dollars into housing and social welfare programs to keep them happy. You know what [former British prime minister] Maggie Thatcher said: ‘The problem with socialism is that you eventually run out of other people’s money.’

“Well, they got so much money from the West that when you go there, you see what looks like nice buildings and prosperous areas. And you get the impression that the commies were just as successful as the capitalists.

“And they have even put up the old propaganda posters from the Cold War days, showing happy people… with cars and plenty of food… in East Berlin. And today’s young people go there and they think that’s the way it really was.

“I was here in the late ’80s, and I can tell you it was nothing like that. Those buildings that they’ve fixed up were hellholes. And the food was terrible, if you could get it. And there were few private cars in that part of the city.

“People were so desperate to get out that they risked their lives – thousands of them. And the guards shot them dead, if they could.

“Communism was a colossal failure… morally and economically. Too bad people forget so quickly.”

How Berlin Forgot the Crimes of the Soviets

Communism was a colossal failure… morally and economically. Too bad people forget so quickly.