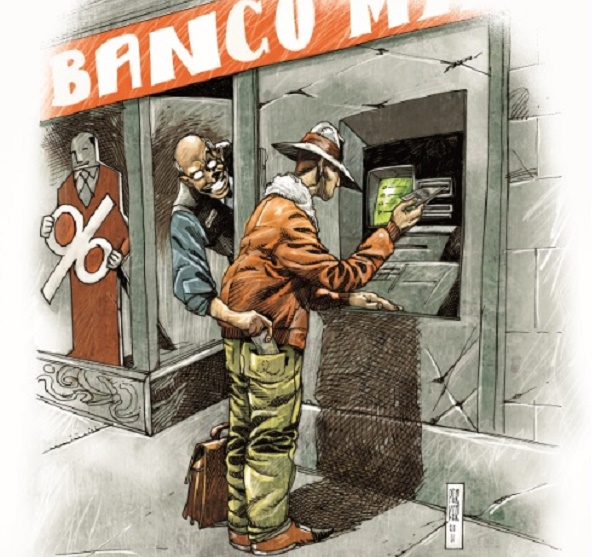 Chances are that it’s happened to you.

You’re in a foreign country and you need cash, so you find an ATM and withdraw some. The next thing you know, you’re slapped with a cornucopia of fees and charges.

Considering the alternatives—like going to a currency exchange counter—ATMs are generally the least painful way to get cash abroad.

Even though the fees are usually lower, using ATMs can still burn a pretty big hole in your pocket.

Of course, one way to avoid ATM withdrawal fees abroad is to use credit cards for your purchases. But in most cases you’re just swapping ATM fees for credit card fees, and the net effect is about the same. That is, unless your credit card doesn’t charge a foreign transaction fee, which can be up to 3%.

But finding the best credit cards to use abroad is a topic for another day. For now, we are focused on the best ways to access cash abroad.

Of course there are many things that cannot be paid for with a credit card anyway, particularly in less developed countries. No matter where you go, you’re going to need some cash.

Read on to find the best way to access cash while travelling abroad.

Picking Your Pocket with Fees

When you withdraw cash from a foreign ATM, there are four types of fees you have to look out for.

Naturally fees vary by bank, but no matter how you slice it, you’re going to get hit with a combination of the ones below.

1. Flat Fee from Your Bank: This is a fixed fee that your bank charges for using ATMs outside of its network. These fees usually vary between $2 and $5 and veer toward the higher end for foreign withdrawals.

3. International Transaction Fee: Instead of a fixed fee (or in addition, if you are unlucky), your home bank may charge a percentage fee for foreign withdrawals. These are in the neighborhood of 1-3%.

All this adds up.

So let’s look at a typical and rather conservative example.

Assume you withdraw the equivalent of $100 twice a week, and you get hit with the following fees per withdrawal:

And that’s just using somewhat conservative assumptions. Depending on your bank, you could get hit for a lot more.

I don’t know about you, but thanks to the Fed’s war on savers and their artificially low rates, I’m already getting screwed on the interest paid on my deposits. I’m in no mood to unnecessarily give the banks $884 (or more).

Thankfully I don’t have to, and neither do you.

Far and away the best way to withdraw cash from an ATM abroad is with a Schwab Bank Investor Checking Account.

Schwab doesn’t charge you any ATM fees and reimburses you for all the other fees charged by other parties. It’s simply the best way to access cash abroad.

There is no minimum to open or maintain an account, and there are no monthly fees.

Schwab has been offering these benefits for many years. The company views it as a way to distinguish itself and attract new clients. I see no reason for these benefits to go away any time soon.

As far as I know, there is no other US retail bank that offers the same benefits.

The closest one is a cash management account from Fidelity. This account is nearly identical to the Schwab Bank Investor Checking Account, except that it does not reimburse the 1% foreign conversion fee imposed by the interbank ATM networks (like Plus or Cirrus).

That makes the Schwab Bank Investor Checking Account the clear winner when it comes to getting cash abroad.

Using credit cards abroad, however, is a whole different animal and a topic that will be tackled in a future dispatch.

Be sure you get the free IM Communiqué to keep up to date with the best travel tips.