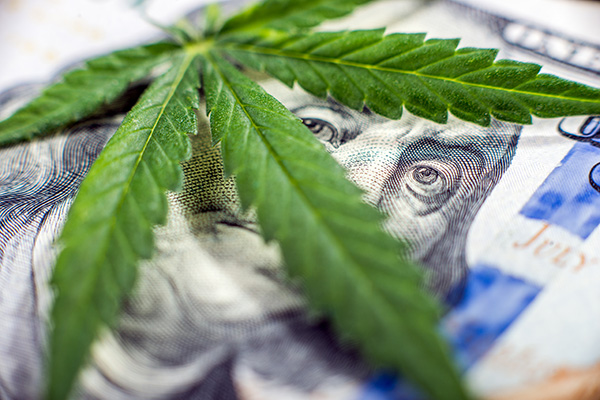 “Someday—not far in the future—you’ll see a takeover mania in the area.”

Doug Casey said this in October.

He was talking about the cannabis industry. Here’s what Doug told readers of The Casey Report, our flagship advisory:

My guess is that as cannabis becomes fully legal in all its forms in the years to come, big food and drug companies will take over the leading players—at a big premium.

It was a bold call.

At the time, there hadn’t been many “blockbusters” in the marijuana space…just a few small deals.

But Doug absolutely nailed this call.

Canopy is the world’s largest cannabis company. It serves more than 55,000 medical marijuana patients in Canada.

Constellation, on the other hand, is the third-largest U.S. beer company.

The deal is worth $195 million. Constellation also has the option to double its stake in Canopy in the future.

Canopy’s share price jumped 19% on the day of the announcement.

• A few weeks later, an even bigger cannabis deal was announced…

This time, Aurora Cannabis offered to buy CanniMed for $425 million.

Aurora is the world’s second-largest marijuana company, while CanniMed is a mid-sized producer.

At the time, the deal would’ve created a company worth $3 billion. And it would’ve made Aurora the largest cannabis company on the planet.

But the deal hadn’t even closed yet. And it may never.

That’s because this was an unsolicited offer. CanniMed doesn’t want to be acquired.

So, it’s now doing everything it can to prevent this deal from happening.

It took a “poison pill”—a tactic companies use to make them unattractive to the bidder. It asked regulators to intervene. And on December 20, the takeover battle went before the Saskatchewan and Ontario securities commissions.

Soon, all this drama will come to an end. But I didn’t write this essay to speculate on whether this deal will close or not.

I wrote it because these recent blockbuster deals tell us that a cannabis takeover mania is underway.

That’s not something speculators can ignore. After all, getting in front of a big merger is one of the only ways investors can make 20%…30%…or 40% on a stock in a single day.

So today, I’ll show you how to make the most of this mania.

But let me first tell you why all these deals are happening in the first place.

• Marijuana is one of the fastest-growing industries on the planet…

Arcview is one of the world’s leading marijuana research companies. It knows the market better than just about anyone on the planet.

In early 2017, Arcview projected that the market would grow another 25% by the end of the year.

But even it understated the market’s potential…

• So, Arcview updated its marijuana growth forecast in December…

It projected cannabis sales in North America would do $10 billion by the end of last year. That’s 33% more than the industry did in 2016.

Troy Dayton, the CEO of Arcview, says there’s only one other industry that even comes close to cannabis:

Aside from cryptocurrency, there is simply no other industry changing as rapidly or as unevenly as the cannabis sector.

In other words, massive profits are on the line. That’s why we’ve seen so much deal-making lately.

But you must understand something.

Because of this, we’re going to see a lot more deal-making in the coming months.

This is bullish for the entire marijuana industry.

Just look at what happened after the Constellation-Canopy deal was announced. The Canadian Marijuana Index more than doubled in value.

They bring a lot of attention to the industry.

And that gets investors off the sidelines. It attracts new buyers.

Long story short: The takeover mania that Doug predicted has begun. And it will send marijuana stocks much higher in the months ahead.

So, consider investing in marijuana stocks if you haven’t already.

Just make sure to do your homework first. And don’t forget to treat marijuana stocks like a speculation. You don’t need to bet a lot of money to make a fortune in the years ahead.