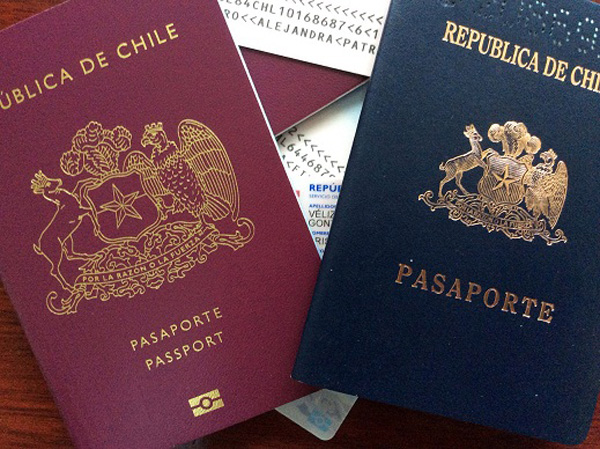 With interest in second residencies and second passports growing exponentially over the last few years, more and more people have become aware that Chile offers some of the cheapest and most straightforward residency options in the world.

Just about anyone who is willing to work to support him- or herself, receives a certain amount of recurring income from a pension or other investments, wants to study in Chile, or already has a decent sized pool of capital can obtain residency in the country.

If you’re considering applying for Chilean residency and would like to eventually obtain a Chilean passport, one of the first things you need to know is that while it’s possible to apply for Chilean residency from outside of the country, it’s almost always easier to do so after you’ve already arrived. This is because Chilean consulates around the world often times request more documentation than the actual immigration department (extranjería in Spanish) in Chile.

Of the various ways to establish residency in Chile, the most common routes are the work contract visa (visa sujeto a contrato) and the temporary residency visa (visa de residencia temporaria).

The work contract visa is usually the easiest to obtain; however, it isn’t always the most attractive. You can apply for a work contract visa with just about any kind of formal job offer, but you have to wait for two years before applying for permanent residency.

When applying for residency in the metropolitan region of Santiago, all applications must be sent in by mail. If you are applying in any of the country’s other regions, you can submit the documents at the immigration office in the regional capital city where you’re residing. To apply for any of these visas, you’ll need to submit:

For the retiree/recurring income visa, you’ll also need to provide copies of pension checks from the last three months or documents certifying that you receive recurring payments with a minimum of between US$1,000-$1,500 per month. While not officially mentioned as meeting the requirements for the retiree/recurring income visa, one other option which has worked for numerous applicants in the past is to provide bank statements with a balance of upwards of $200,000.

When applying for permanent residency in Chile, you must submit a completed application form for the appropriate permanent visa along with most of the same documents you needed for the temporary residency visa and a personal letter explaining your situation in Chile and why you would like to obtain permanent residency. Permanent residency visas last for five years and can be renewed an indefinite number of times. In order to keep it valid, you’ll need to spend at least one day in Chile each year or file with a Chilean consulate abroad stating a reason why you didn’t travel to Chile during the year.

Chilean Citizenship and the Chilean Passport

In order to qualify for a Chilean citizenship, you’ll need to have held Chilean residency for five years. The process to be approved for citizenship takes about two years and includes a personal interview and the submitting of more documents. Once your Chilean citizenship is approved, you can obtain a Chilean passport, which is a very valuable travel document today and allows visa-free travel to many countries in the Americas, including the United States.

Extra Tips for Applying for Residency in Chile

If you’re fluent in Spanish and are applying for one of the more straightforward visa options, it’s probably not necessary to engage the services of a lawyer or residency specialist to help you with the process. If applying for residency in Santiago, it can be worthwhile to hire someone to help you with the process because of the number of hours you normally spend waiting in line to have your application reviewed before sending it in by mail. Most residency services charge between about US$850-$3,000.

If you’re not a fluent Spanish speaker, one alternative to hiring a residency professional would be to hire a local translator on an hourly basis. If you can find an affordable translator, this is one way to bring the cost down but still receive some assistance through the process. Another trick is to apply for residency in one of Chile’s more rural regions rather than the Santiago metropolitan region. There are immigration offices in the regional capitals just an hour or two from Santiago, and while applications still have to be authorized through Santiago, instead of waiting in line with hundreds of people to have your papers reviewed, you might have anywhere from 1-15 people in line with you.

Obtaining a second residence and a second passport anywhere in the world is going to take some time, but the peace of mind that goes along with being able to call another country home whenever you please is well worth the effort. The cost of obtaining Chilean residency is very low, and as long as you’re willing to put in the amount of days each year, anyone is eligible. As more people apply for Chilean residency, there’s a good chance requirements for each of the programs will increase, so if you’re considering Chile as an option, it probably makes sense to act sooner rather than later.

Editor’s Note: Chile is just one option. There are many others. You can get our comprehensive guide on how to get the best second passports by clicking here to download the PDF.

Darren Kaiser is an American expatriate and current resident of Chile. He is a small-business owner, journalist, and investor. You can find more at his website, http://www.darrenkaiser.com.