This Mediterranean island offers compelling opportunities for those looking to obtain residency and even citizenship in an EU country.

For the right people, it’s also one of the easiest countries to get citizenship in. The key to it is a real estate purchase.

And fortunately, prices are now near bargain levels.

The island I am talking about is Cyprus, which I visited last year with Doug Casey.

Now, given Cyprus’ financial condition and what happened last year, you obviously wouldn’t want to put your life savings into an offshore bank in Cyprus. You should look to plant your banking flag in a safer jurisdiction like Singapore or Hong Kong.

But that being said, the island does offer other international diversification options worth considering.

And that’s what International Man is all about—bringing you actionable information to make the most of your personal freedom and financial opportunity around the world. Often in places where nobody else is looking.

There are a number of reasons for looking into real estate in Cyprus—including beautiful Mediterranean beaches, an agreeable lifestyle, and crisis-driven bargains.

Cyprus has long been and will continue to be a popular place to own property. It enjoys a pleasant winter and what many regard as the Mediterranean’s most beautiful beaches. People from all over the world come to Cyprus to retire and to own vacation homes.

In some cities, including Paphos and Limassol, foreigners are a majority. If you find the thought of joining them attractive, then the lingering effects of last year’s crisis could present you an opportunity to get in cheaply. 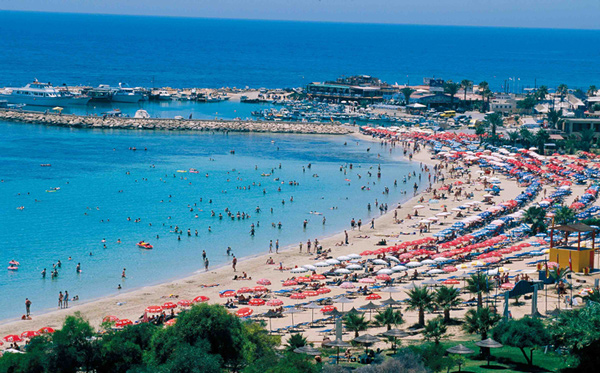 However, there are at least two caveats for North Americans.

First, remember that we’re talking about the Eastern Mediterranean, so it’s a long flight—about twice as far from New York as, say, London. And when you get there, the cost of living is quite high. Restaurants, groceries, fuel, and incidentals are priced at least as high as in the US—and sometimes considerably higher. Oddly, labor is relatively cheap. It leaves one to wonder how the average Cypriot can make ends meet.

Second, the deposit confiscations and capital controls undertaken in response to the country’s banking crisis last year put an end to real estate financing from Cypriot banks. It’s now primarily a cash market, with a little financing from abroad for those who can arrange it. Predictably, a paucity of financing undercuts prices, which is not a bad thing for buyers who don’t need a mortgage.

Nonetheless, we rate Cypriot real estate as “too soon to buy.”

One anecdotal indication that prices are going still lower comes from a meeting Doug Casey and I had with a leading Cypriot real estate player. He’s been trying to develop what would be a premier resort/spa/athletic facility/longevity medical destination/retirement community. His plans are in many respects well thought out, but talk from such a high-level developer about raising €700 million (an entirely unreasonable sum) suggests that property owners haven’t yet capitulated.

Beyond the anecdotes, there’s a concrete reason to expect prices to go lower. Cypriot banks, including the Bank of Cyprus, will be auctioning off some of their nonperforming real estate loans. That might lead to foreclosures and push property prices lower… and kick off bargain-hunting season. (Although a lender cannot foreclose on the primary residence of a Cypriot, many of the nonperforming loans will be mortgages on foreign-owned and secondary Cypriot properties.)

And the process could intensify. Many former depositors (largely Russians) of the Bank of Cyprus had their money confiscated during the bank crisis in a maneuver dubbed a “bail-in.” In a forced exchange, they received shares in the newly restructured Bank of Cyprus. To recoup some of the cash they lost from the bail-in, they’ll likely use their significant influence to press the bank to sell as many assets (distressed or otherwise) as possible.

As a location for a second home, Cyprus certainly has a lot of appeal—and allocating money to hard assets like foreign real estate (and diversified away from your home country) is an extremely prudent idea.

We would only consider real estate in Cyprus from a lifestyle and residency/citizenship standpoint and not a purely investment one—and only if we could get in at a bargain price. The forthcoming auctions and distressed sales may present such opportunities.

In order to learn how to access these and other compelling crisis investing opportunities, as well as how a real estate purchase can get you residency or even citizenship, I’d suggest you check out the report that I coauthored with Doug Casey.

This is information that you won’t find anywhere else.

And there’s nobody better to guide you through it all than legendary crisis investor Doug Casey.

Be sure to check out the Crisis Speculator publication for more details.