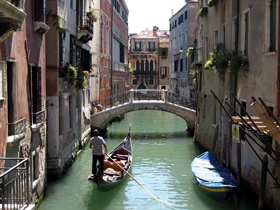 If you've been following the news recently, you'll be familiar with Italy's struggles to avoid becoming the next Greek tragedy.

To accomplish this difficult task, new Prime Minister and technocrat “Super” Mario Monti is attempting to introduce an aggressive austerity budget. While yet to be passed by legislators, this decree has already been signed by the Italian head of state. Desperate times, desperate measures, eh?

Some of the “highlights” of the proposed program:

It goes on from there including some additional taxes and duties and a reduction in entitlements.

Needless to say, in one fell swoop, this package is going to affect a lot of people's lives – and not for the better. That's assuming it passes, which isn't yet guaranteed.

But here's the question: Is this a one-off event by a unique country in unique circumstances… or… is this only a sign of things to come (almost non-existent financial privacy, a drop in entitlements, and increased taxation) not just in Italy, but across much of the developed world?

If you've been a member for a while, you already know what we think – this is not just a one-time event. It's a trend and one in which the pace “citizens will pay for the mistakes of the state” is ever increasing.

Hence the need for internationalization. Especially in this case, asset diversification is the most critical; to first protect what you have. Getting your assets outside the country, using appropriate structures to legally lower taxation (under the watchful eye of someone experienced with your situation), mitigating risk as much as possible.

Then comes income diversification: trying to build up streams of independent revenue that are not tied to a specific jurisdiction and in markets where people will continue to buy even when times are tough.

Finally, one considers personal diversification – especially for those that live in a country that seems to actively prey on their citizens. Even though it's fair to say that all governments tend to see their citizens as proverbial “milk cows”, it seems that states in much of the developed world – those with high public debt and unfavorable demographics – are going to become increasingly restrictive on how their people are allowed to live, work, earn money, invest and even protect themselves and their families.

But, through proper planning and action, you can set yourself up to not only ride out the storm but be ready to capitalize on the opportunities that such government manipulation creates in the marketplace.

(My sincerest thanks to two Italy-based subscribers, “Marco” and Ruggero Carraro of Horo Capital in Milan, for assisting us in researching today's feature.)