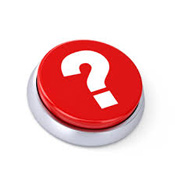 Presumably, the last time you moved for the sake of a job, you were first offered the job, then you moved to be close to work. The same applies with a new country.

What if I can't earn a living?

Spoken like a person with little imagination and even less self-confidence. And likely little experience or knowledge of economics. Everyone, everywhere, has to produce at least as much as he consumes – that won't change whether you stay in your living room or go to Timbuktu. In point of fact, though, it tends to be easier to earn big money in a foreign country, because you will have knowledge, experience, skills, and connections the locals don't.

America is the best country in the world. Why would I want to leave?

That was absolutely true, not so very long ago. America certainly was the best – and it was unique. But it no longer exists, except as an ideal. The geography it occupied has been co-opted by the United States, which today is just another nation-state. And, most unfortunately, one that's become especially predatory toward its citizens.

My parents and grandparents were born here; I have roots in this country. Why should I leave?

An understandable emotion; everyone has an atavistic affinity for his place of birth, including your most distant relatives born long, long ago, and far, far away. I suppose if Lucy, apparently the first more-or-less human we know of, had been able to speak, she might have pled roots if you'd asked her to leave her valley in East Africa. If you buy this argument, then it's clear your forefathers, who came from Europe, Asia, or Africa, were made of sterner stuff than you are.

What about my aging mother?

Not to sound callous, but your aging parent will soon leave you behind. Why not offer her the chance to come along, though? She might enjoy a good live-in maid in your own house (which I challenge you to get in the US) more than a sterile, dismal, and overpriced old people's home, where she's likely to wind up.

Patriotism is one of those things very few even question and even fewer examine closely. I'm a patriot, you're a nationalist, he's a jingoist. But let's put such a tendentious and emotion-laden subject aside. Today a true patriot – an effective patriot–- would be accumulating capital elsewhere, to have assets he can repatriate and use for rebuilding when the time is right. And a real patriot understands that America is not a place; it's an idea. It deserves to be spread.

When I first arrive in the new country, I can't be 100% sure it'll work out. I'm afraid to spend a lot of money right away.

Good decision. Even if you're very well off, it's a good idea to treat your early residency as “tentative.” Rent—don't buy. Once you've been there six months, you'll have a better idea where you want to live. You'll also know more about the market by then and will make a more well-informed decision as to what property to buy and how much to spend. Also, buy a used car—something to just get around in that you can easily sell. Decide later on whether to get a permanent car for more money.

What if I don't have enough capital to make a move?

Well, that was one thing that kept serfs down on the farm. Capital gives you freedom. On the other hand, a certain amount of poverty can underwrite your freedom, since possessions act as chains for many.

What if I'm too old to make such a big change?

Yes, I guess it makes more sense to just take a seat and await the arrival of the Grim Reaper. Or perhaps, is your life already so exciting and wonderful that you can't handle a little change? Better, I think, that you might adopt the attitude of the 85-year-old woman who has just transplanted herself to Argentina from the frozen north. Even after many years of adventure, she simply feels ready for a change and was getting tired of the same old people with the same old stories and habits.

You’re only too old to move when you’re either infirm or have lost the gumption. Only today, I was conversing with a 62-year-old widow who is planning a trip from Europe to investigate the possibilities of South America. I also know a couple who, at the ages of 76 and 81, moved very successfully from the US to Uruguay two years ago. In some ways, older people have an advantage in internationalising, as they may be retired and 1) have the time to research and plan a move more easily, 2) have built up sufficient savings to make it possible, and 3) have a variety of life experiences that may make them adaptable to other cultures. There is no “right age” to expatriate.

I've got to wait until the kids are out of school. It would disrupt their lives.

This is actually one of the lamest excuses in the book. I'm sympathetic to the view that kids ought to live with wolves for a couple of years to get a proper grounding in life – although I'm not advocating anything that radical. It's one of the greatest gifts you can give your kids: to live in another culture, learn a new language, and associate with a better class of people (as an expat, you'll almost automatically move to the upper rungs – arguably a big plus). After a little whining, the kids will love it. When they're grown, if they discover you passed up the opportunity, they won't forgive you.

How do I find the expatriate community?

Begin with the bars and restaurants. Ask the staff there about other expats that frequent the place. Usually the other expats will be glad to meet you, as their situation is similar to yours. After establishing yourself with the expats, however, be sure to also pursue the locals as friends. Local friends are essential if you are to do well.

You can also reference this site, which lists expat communities by country.

As an American, I understand that these people must hate me, since the US has such a bad reputation for interfering with other nations.

Unfortunately, the US is not well-liked internationally. However, generally speaking, most people will begin by having a certain reserve but will ultimately judge you based on who you are as an individual. The main concern will be arrogance. If you prove to have humility and demonstrate sincerity, you are likely to be accepted in almost any country. You can find a list of countries most welcoming to foreigners here.

What if I don't fit in with the locals?

The real danger that's headed your way is not fitting in at home. This objection is often proffered by people who've never traveled abroad. Here's a suggestion. If you don't have a valid passport, apply for one tomorrow morning. Then, at the next opportunity, book a trip to somewhere that seems interesting. Make an effort to meet people. Find out if you're really as abject a wallflower as you fear.

How can I survive in if I don't speak the local language?

It's said that Sir Richard Burton, the 19th-century explorer, spoke 10 languages fluently and 15 more “reasonably well.” I've always liked that distinction although, personally, I'm not a good linguist. And it gets harder to learn a language as you get older – although it's also true that learning a new language actually keeps your brain limber. In point of fact, though, English is the world's language. Almost anyone who is anyone, and the typical school kid, has some grasp of it.

Worldwide, the second language in most countries is English. In most cities, English will be spoken by some people, particularly those who deal in hospitality (hotels, restaurants, etc.). It is less common in banks, hospitals, and government offices, and this makes getting started difficult. In getting started, it is good to rely on the services of a law firm to handle Immigration, bank accounts, etc. Most Latin countries offer legal services at a fraction of the cost in the EU or US.

The further away you travel from a city, the fewer people speak English. However, they tend to be more patient and accommodating than city people. I have an associate who speaks no Spanish, but who lives successfully in Uruguay part of each year.