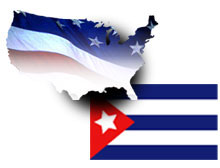 I am not usually one to follow the latest celebrity gossip, but the aftermath of a recent trip to Cuba by Jay-Z and Beyonce caught my attention.

The couple recently spent their 5th anniversary on the island, a move that has generated controversy from the US government and mainstream media for what appears to be a high-profile defiance of US travel restrictions on the country.

If you ask me, the real controversy should surround the US government's long-failed Cuba policy – especially the part in which a nominally free country forbids its citizens from buying products from and going to places it doesn't like.

The 50+ year embargo makes it illegal for US citizens to travel to Cuba as tourists. However, it is possible to go by obtaining a “cultural exchange” license (also called “people-to-people”) from the US Treasury, which has declined to comment on whether or not Jay-Z and Beyonce obtained one beforehand as required. (Editor’s note: as we go to press it has been announced that the trip was in fact approved by the US Treasury.)

A popular way for undeterred Americans to visit Cuba potentially undetected involves going to a 3rd country first, usually Mexico or Canada, then flying to the island, and using only cash. Customs officials in Cuba are aware of the issues surrounding US visitors and won't stamp American passports, so as to not create evidence of the trip.

If however, you are busted for going to the island without official government permission, the civil fines can range up to $7,500 for the first trip and $10,000 for further ones. From 2001 to 2004 the US Treasury resolved more than 200 such cases for a $1,000 settlement, while many others were dismissed without a fine.

It is probably not the meager fine that the US government is interested in here, but rather making a high-profile example out of Jay-Z and Beyonce.

The inquisition has already started.

Ileana Ros-Lehtinen and Mario Diaz-Balart, two members of Congress from Florida have penned a letter to the US Treasury demanding to know the details of the trip and if it violated US law. It also stated:

“The restrictions on tourism travel are common-sense measures meant to prevent US dollars from supporting a murderous regime….”

It should raise a red flag for you anytime a government official calls something a “common-sense measure.”

There are regimes that are far more murderous than the one in Cuba, but that doesn't hinder the US from having relations with them. Take China, for example. How about we fine these two hypocritical members of Congress the next time they visit China or buy a product made there?

Perhaps the main reason the embargo is still enforced is due to the strong political influence that Cuban exiles wield in the critically important swing state of Florida, the state from which Ileana Ros-Lehtinen and Mario Diaz-Balart hail.

The bottom line is that the Cuba policy is an old, but still relevant, example of the ever-growing stack of random and all-encompassing dictates that Americans are subject to – which is the essence of political risk. A trend that unfortunately appears to be going parabolic.

The only way to escape the clutches of any single and potentially desperate government is to internationalize while there still is time.