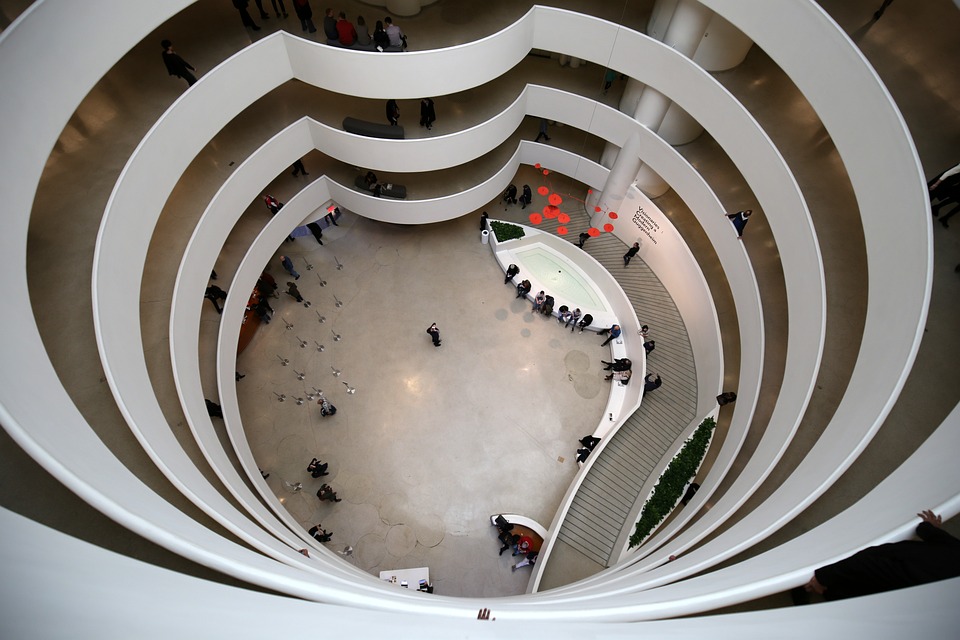 It all started about 10 years ago. I slowly realized most of the buildings we spend our lives in are decidedly suboptimal. Not only do they look terrible, they make us feel terrible. When you experience great architecture there are no words to describe the difference. Everything about it just feels right.

Over the years, I’ve made friends with several progressive architects. I’ve traveled with them. I spend time over dinners listening to them explain things. They’ll point around a restaurant and show me the wall that’s out of place, the corner that should be rounded, and the thing hanging from the ceiling that makes patrons subconsciously feel trapped. Meanwhile, most people just deal with it and never know any different.

My architect pals all tell the same story of how these terrible designs came to be. People hire them and ask them to design something amazing. They deliver. Then the customer balks at the cost and orders them to sterilize the design back down to something closer to what their neighbors have.

I’m moving in the opposite direction. I like to hire architects and let them do whatever they want. Other than paying the bill, I’m totally hands off. So far, this has worked out great. It’s also been a lot of fun.

I had an architect lay out the interior of my new office in 2017. I gave him free rein to pick out everything from the art to the exact place my computer screens sit. The result was fantastic. My office feels serious and relaxing at the same time. I’m more comfortable there than any other workspace I’ve had to date.

From remolding rooms to designing custom built furniture, I’ve had a lot of luck with this approach. Hire someone talented, then leave them alone while they create. Architects tell me I’m the rare exception... The problem with clients ruining great design is not new.

Legendary architect Frank Lloyd Wright had a zero-tolerance policy for client meddling. I’m intrigued by Wright’s work and went on a quest to see as much of it as possible.

This summer, Strategic Investor analyst John Pangere and I rented a Frank Lloyd Wright-designed home in Chicago for one night. 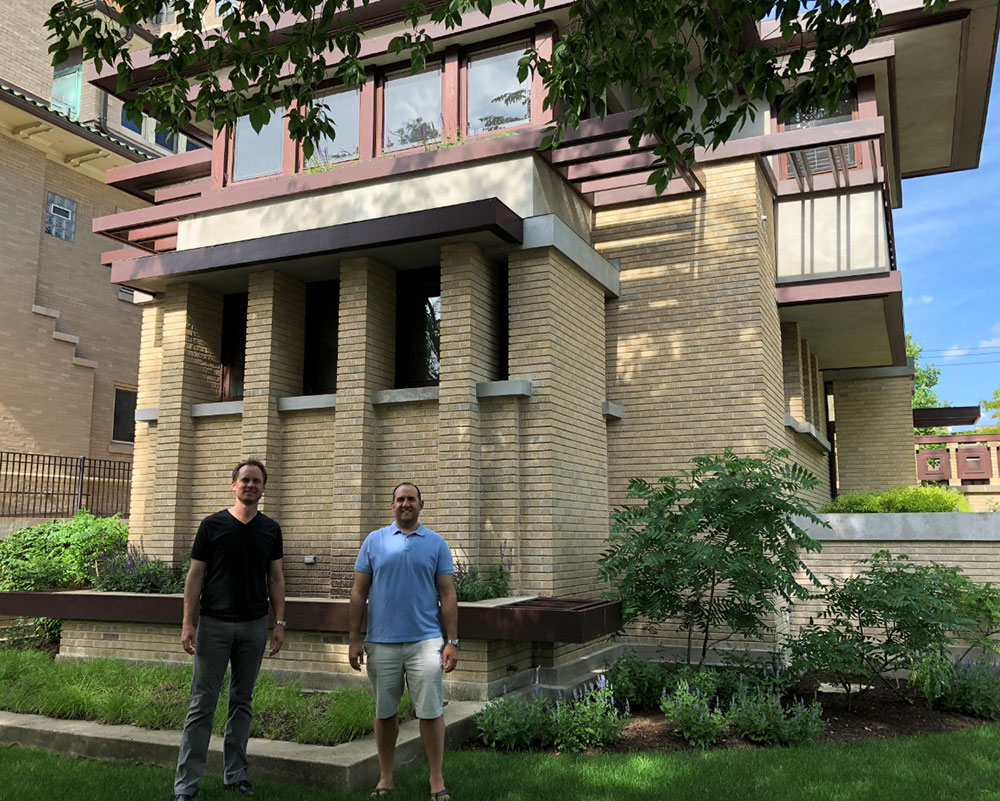 Wright built this house for Emil Bach in 1915. Emil was the brother of Otto Bach, who ran the Bach Brick Company in Chicago. Otto lived in another home designed by Wright, which unfortunately was not preserved.

When we checked into the Emil Bach house, the caretaker told us about Wright’s decadent style. One summer day after the Bach family moved into the house, Mrs. Bach looked out the window to see a man ripping up her garden. Frank Lloyd Wright walked past the house and noticed Mrs. Bach had planted vegetables in the space he purposefully designed as a small strip of grass. He let himself in the gate and ripped up the garden.

Wright thought out every meticulous detail when designing a home. He said the house should be as unique as the family that lives in it. If he could not send the materials needed, he would make them himself. In the Emil Bach house, he personally designed the bookcases, furniture, and complex windows which have built-in shades hidden from view.

The same goes for the exterior. The house has no drainpipes. Water funnels down to holes in the cantilevered roof before falling to drain in the ground below. He even hid the steps leading up to the entrance of the house. From the street view all you see is the home, no steps, and no door. Wright called this a “pathway to discovery.” 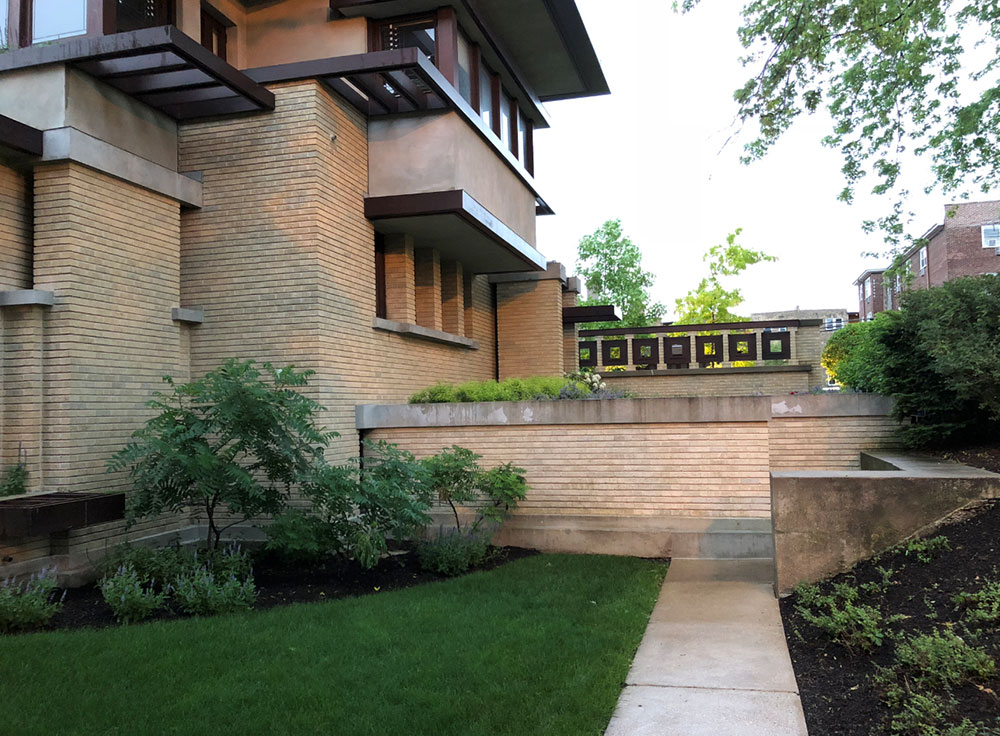 We had the unique opportunity to experience Wright’s design by spending the night in the Emil Bach house.

Wright died in 1959. He was 91 years old. He designed hundreds of buildings. Another well-known house worth seeing is Fallingwater in Mill Run, Pennsylvania. 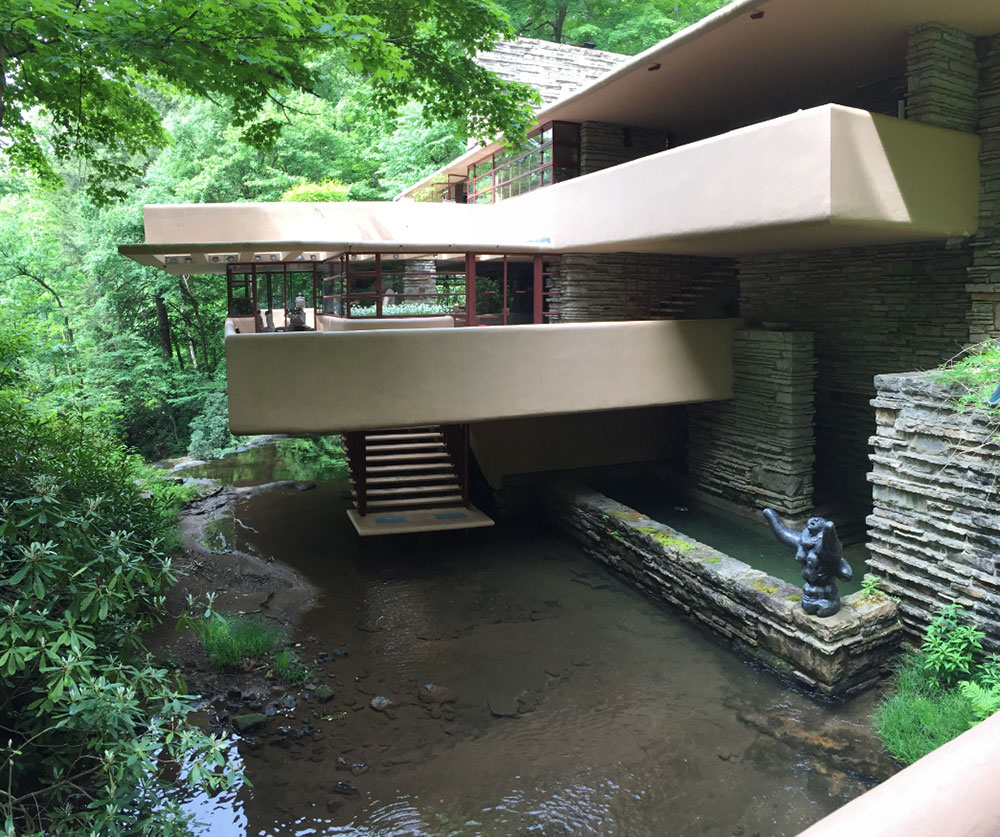 Wright built Fallingwater for the Kaufmann family in the mid-1930s. Kaufmann ran department stores bearing his name. He asked Wright to build a summer cabin on his property and ended up with a home that feels like part of the stream’s natural waterfall. Wright ran 400% over budget in the process. If you have a chance to see the home in person, however, you’ll see why the Kaufmanns went along with his obscure and expensive design.

Of the hundreds of buildings Wright designed over his life I’m aware of only one plantation. I had a chance to tour this magnificent structure in 2013. 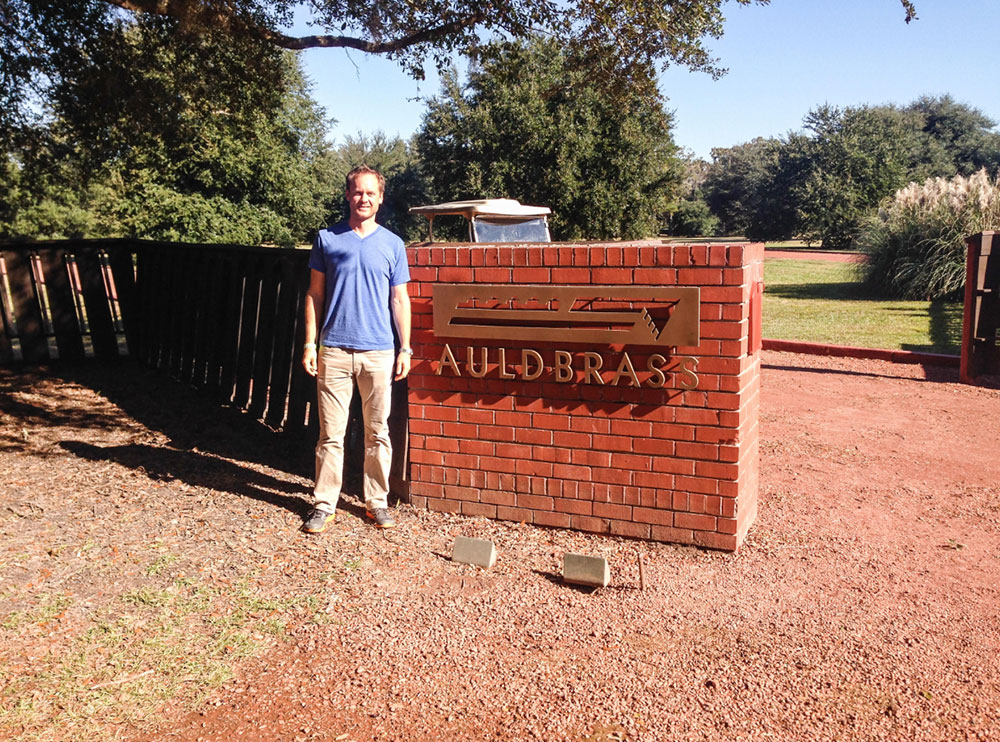 An engineer from Michigan commissioned the project in the 1940s. Wright worked on it for over a decade before giving up. The owner’s daughter lived in the mostly furnished home for another 25 years. When she was too old, she leased it to local South Carolinians as a hunting cabin. My guide told me the hunters hung and skinned dead deer in the kitchen. 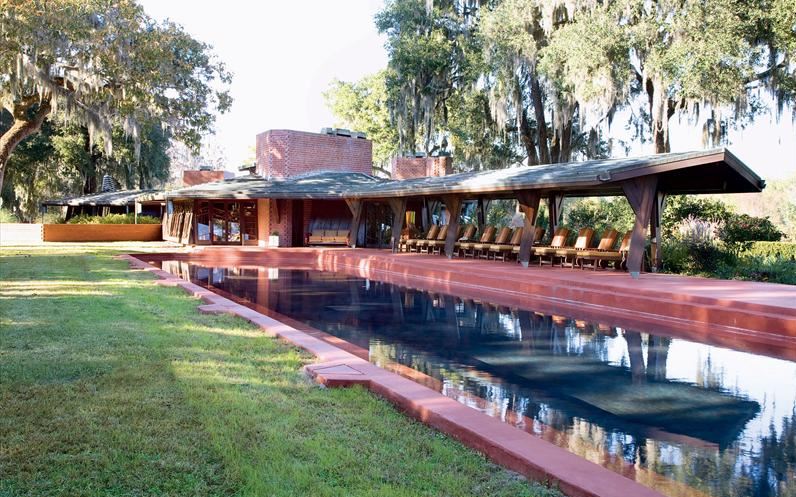 When movie producer Joel Silver bought and restored the one-of-a-kind property, he saved it from ruin. Silver allows a local non-profit land trust to host a tour of the property one day each year. It’s in November, which is a great time to visit South Carolina.

The next time you’re in a building that feels right or wrong, take note of the design. You’ll find you can tell a lot about the owner’s personality by how he handled the architect who designed it. Maybe he restricted the architect, maybe he told him to play it safe so everyone would like it, or maybe he left him free to create something amazing. The rare cases when you experience the latter are memorable.