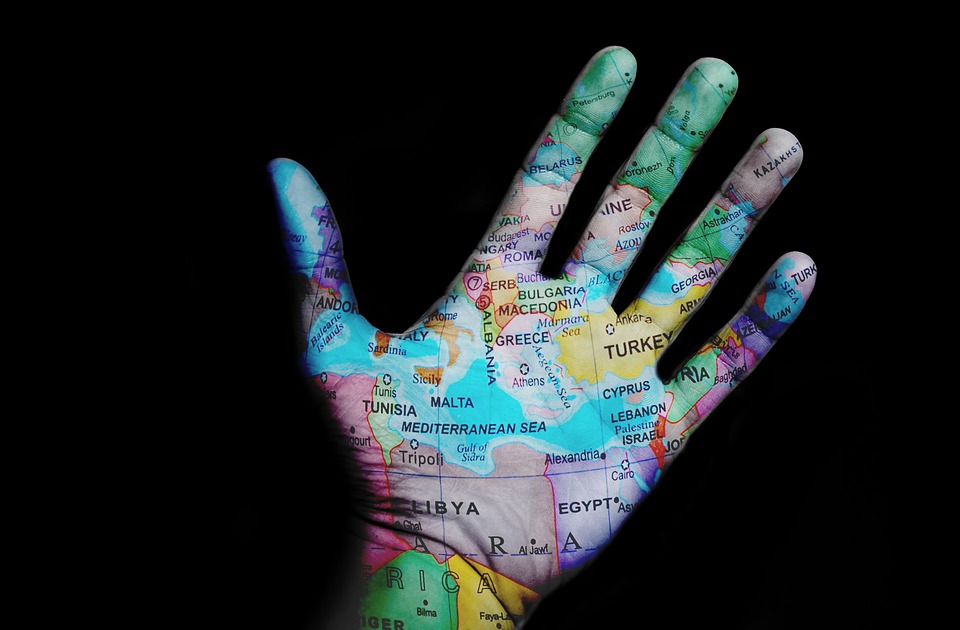 “There comes a time in every rightly constructed boy's life when he has a raging desire to go somewhere and dig for hidden treasure.”

Arrested development is easy enough to recognize when it takes the form of a 40-year old blogger trolling the Internet from the comfort of his mom’s basement. In the age of jet fuel, cheap travel and global interconnectivity, what might we say of one who has never left his accidental suburb of birth? What’s holding him back? What valuable life lessons await our tragically incurious subject?

Let’s go through a few of the basic developmental phases that every International Man experiences, one step at a time…

Learn How to Walk

A spate of news stories in recent years tells of British holidaymakers tumbling off terraces in inordinate numbers whenever they venture abroad. In a three-month spell just last year, no fewer than 11 Brits fell to serious injury or death. One possible explanation (aside from general drunkenness) is that, in the U.K., there are very strict building codes that dictate the mandatory height of balcony handrails. Yet, many popular holiday destinations either have no such laws, or enforce them lackadaisically (if at all).

Having seldom been invited to consider such a basic question as “what would happen if I fell from this height?” the average Brit Abroad is thus at a distinct evolutionary disadvantage. He never met a balustrade he didn’t trust or a banister he didn’t fancy a lean against. Without government codes to coax, corral and cajole him, he is lost, unable even to stand on his own two feet without considerable risk to life and limb. He has been conditioned not to think for himself.

Alas, life is full of risk… and not (nearly) all of it can be mitigated with bylaws and council edicts. It helps, therefore, to foster a healthy sense of awareness of one’s surroundings. Fortunately, travel is here to help.

Whenever you encounter a new environment, your basic survival instincts are immediately challenged into action. You have to reassess everything you thought you knew, to test your pre-held assumptions regarding what is dangerous and what is not. That goes for everything from which way you look before crossing the street and whether or not to lean against balconies… all the way through to assessing risk in local commercial and financial markets. What is absolutely too risky in one jurisdiction may well be a huge opportunity in another, and vice versa. Additionally, being able to identify – and price – risk also helps you identify certain arbitrage opportunities.

Only by constantly confronting and questioning your hard-wired instincts do you become adaptable, a quality that will prove increasingly rare and valuable as the world becomes more highly specialized. It is not the strongest or the most intelligent of the species that survives, but the most adaptable. At least, that’s what a fellow called Darwin reckoned.

Learn How to Talk

Now, how many millennials do you suppose got that joke?

Most native English speakers would struggle to underline a subordinated clause, never mind decline a Latin noun or conjugate a Spanish verb. And yet, it is through our language – and the stories we tell with it – that we construct our most basic identities. The same goes for different cultures all around the world.

The casual vacationer may have no real incentive to go beyond the “por favors” and “lo sientos” listed in the back of his Lonely Planet guide book, but anyone who chooses to live abroad quickly finds himself at a distinct disadvantage if he doesn’t have at least have a moderate grasp of the lingua local.

Enter serious travel. By immersing yourself in the music and literature knitting together everyday life abroad, you’ll begin picking up useful phrases… uttering complete sentences… even constructing whole narratives. You’ll begin to appreciate and question traditions and customs that are simply not available to the casual, monolingual interloper.

In addition to gaining unique insights into your adopted culture, you’ll also be invited to reflect upon your own language and the myths, illusions and ordinarily unquestioned tales held in your mother tongue.

Nota bene: If you have children and worry that they will not get along in a new and multilingual environment, fear not. Not only will their porous little cerebrums appreciate the polyglottal gift bestowed upon them, they will waste no time in correcting your own lagging lingo. Take it from a father of a 4 year-old grammarian.

Learn How to Think

Too often people are taught what to think instead of how to think. The reason for this is manifest: As the old saying goes, no one is going to give you the education necessary to overthrow them.

Better for the State to drill for obedience and compliance than to encourage free inquiry, which may, after all, result in questioning the underlying authority of the system itself.

Unsurprisingly, few people know that the American education system (and many besides) was closely fashioned after the Prussian Model, a production-line system of age-based cohorts that sought primarily to churn our workers loyal to the State. None other than the “great educator” himself, Horace Mann, advocated strongly for compulsory, State-funded education after the Prussian style, setting up an immediate conflict of interest between the advancement of individual inquiry and the interest of the State itself.

And that’s just primary and secondary schooling. Today, college students incur enormous debt loads in order to permanently delay adulthood, lazily ensconcing themselves in the responsibility-free, keg party fantasyland of academia. When people claim they don’t have the time or money to get out and see the world, it is hard not to imagine the $100,000+ Olympiad students spend listening to pseudo-intellectuals drone on about how “subjective feelings trump objective reality” and “everyone’s opinion is of equal value.”

Only by venturing outside your comfort zone do you truly gain an insight into universal truths as governed by natural laws. Very suddenly, arbitrary whim and convention becomes absurd against the backdrop of undeniable reality. Whether in the fields of economics, science, literature, theology, ethics et al., revisiting a subject in the absence of regional political biases is a refreshing experience.

Learn How to Fall

One of the most pernicious lies perpetrated on today’s coddled classes is that hard lessons are easily won. We live in a world where people expect a free lunch… a “living wage”… cradle to grave benefits and “rights” to anything and everything, simply because they desire it to be so.

While people are happy to accept any unearned largesse thrust their way, few understand the value of experience… especially when she is a harsh instructor. Bruised knees, dented pride, the embarrassment of defeat; old timers recognize such tribulations as vital coursework in the proverbial “School of Hard Knocks.”

There is no surer way of fast-tracking this process than striking out on one’s own, especially if that means doing so in some far-flung, unknown land where making mistakes is virtually guaranteed from the outset.

Within a short time of your new life abroad, you can fairly expect to get yourself lost, lose a bet, misplace a treasured item, inadvertently offend a local and suffer a torrential bout of food poisoning. At a minimum.

But with adequate conditioning, forged in the crucible of your oversees emprise, you’ll not only learn how to cope with new and challenging circumstances, but thrive as a result. Even the most precious snowflake can, over time, become antifragile to the chaos and disorder around him.

The idea here, of course, is to learn by doing… and to not be afraid of falling along the way.

Learn How to Be

Travel is a mirror in which we see ourselves anew.

Considering yourself in contrast to your surroundings, as opposed to an immutably uniform part of them, allows for a degree of self-reflection and personal contemplation. Who are you as an individual, discrete and apart from the society in which you (by sheer chance) happened to have been raised?

To most people – who live the majority of their lives in the same place – the question never really begs itself.

At home you might reflexively assume a given role, a certain position in “society.” Abroad, unbridled of those airtight expectations, you might well discover something quite new and different about yourself. Even surprising.

Take, for instance, something as simple as your spending habits. It’s all too easy to fall into the pattern of “keeping up with the Joneses.” After all, you’re cut from the same cloth as your neighbors, so it feels natural to climb onboard the consumerist treadmill right alongside them, aspiring to buy a bunch of stuff you don’t need with money you don’t have to impress people you don’t care about.

The idea is obviously idiotic when presented in such a way, but it’s nonetheless how most people think. (It doesn’t help that there exists a multi-billion dollar marketing industry designed to make this the path of least resistance.)

Moving abroad, however, you’re far less likely to play “keeping up with the Patels”… or the Lees… or the Gonzales. You’re obviously, even conspicuously different, so the idea of defining who you are based on what you have will feel as patently absurd as it should.

Instead, you’ll quickly learn to associate with people who hold similar values and beliefs as you, rather than people who merely have similar drapes and crockery sets. You might find you have more of substance in common with a Kazakh libertarian than you do the racist sports fan that just happens to live down the street.

Of course, you’ll never know any of this for sure unless you actually up and go. So, what’s keeping you?