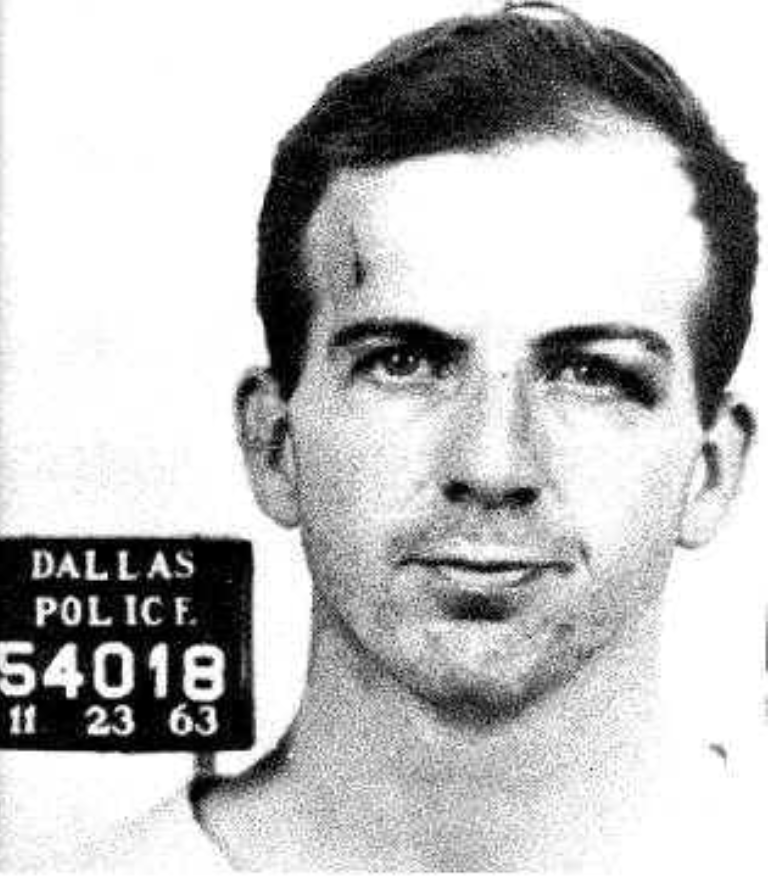 It’s disturbing to suddenly find that one has something in common with the likes of Lee Harvey Oswald.

Fortunately, the commonality is merely circumstantial: we both came to Minsk, Belarus and fell in love with a woman here.

But it was still something to discover at dinner here in Minsk last night. After a fabulous feast made by my amazing wife for our family here, we were all relaxing around the table, chatting about children and whatnot. During a lull in the conversation, Grandfather looks at me and asks if I know Oswald…

I do know someone in the mining business named Oswald, but that couldn’t be it, so I asked who he meant. The conversation, with a little translation help via my wife went something like this:

Grandfather: “Moscow sent him here to Minsk. It was a much smaller city then. It was easier for them to keep an eye on him here than in Moscow or Leningrad. They followed him everywhere. They were glad to have an American defector, but they weren’t sure he wasn’t a spy.

Grandfather: “They gave him a job at the factory I worked at. We worked together as metalworkers for about two years. We all gave him a Russian nickname and called him Aleksey. He met a girl here, Marina. They had a daughter who was born 10 days before my son. We shared the gift pool our co-workers at the factory put together for the babies, because everyone was paid only once per month.”

Grandfather: “They paid him a lot. He also got money from some international organization. But there were no bars or anywhere to spend the money, so it piled up. He had a nice apartment overlooking the river. With these advantages, the ladies really liked spending time with him, and he slept with a lot of them.

“He liked to read the newspapers. He would sit at our workbench wrapping a piece of scrap metal around a screwdriver or something as he read. It made a most annoying sound.

“He also smoked a lot. He’d take lots of cigarette breaks. So when the supervisor came around, Oswald was often not at his place, but out smoking. The supervisor would go tell him to get back to work, of course. He asked his friends what to do, and they told him to tell the supervisor to “f*cK off” (in Russian). Oswald did exactly that the next time the supervisor interrupted his smoke, very loudly. It was right outside the window so everyone in the factory heard him.”

Me: “How did Oswald get back to America?”

Grandfather: “He went to the US embassy in Moscow, asked to go back.”

Me: “Do you think he shot Kennedy?”

Me: “But you knew him for two years. Do you think the man you knew could have done what they say he did? The rifle he had was not a long distance sniper rifle…”

Grandfather: “Well, some of the higher-ups invited us and some of our co-workers out for a weekend at their dacha. We were shooting guns. Oswald was very good at it. But I really don’t know.”

It was a fascinating conversation. And it got me to thinking…

I know a lot of people among my fellow Second Amendment enthusiasts who don’t think Oswald could have hit Kennedy at the distance and using the rifle he is said to have used. I’m not expert enough to judge that, but whether he shot Kennedy or not, if he was there with the gun, he clearly intended to.

But if he was a spy, converted and cultivated by the Soviets, wouldn’t he have done a better job of planning his attack and especially his getaway? He had a young family to get back to, after all.

If he wasn’t a spy, why did he leave the Soviet Union, where he was enjoying special treatment and a relatively nice life?

And again, if he was not a spy, but just someone who grew disenchanted with communist ideology and the harsh life many suffered under the Soviet Union, then why would he want to shoot Kennedy?

I’m sorry to say that I did not discover any long lost answers to the Kennedy assassination here in Minsk last night.

Maybe Oswald wasn’t a spy, but a naive ideological puppet the Soviets sent back to America to do whatever harm he could manage. People do crazy things for ideological reasons. If they set him up with a cushy job, a pretty girl, and more money than he could spend here, perhaps they made a true believer out of him.

The crazy lengths such hardcore ideology can drive people to reminded me of another family dinner here in Minsk. It was Thanksgiving dinner, in fact.

I told the family here about the ways we celebrate this uniquely American holiday, and I explained the true story of Thanksgiving. I told them how the colonies were initially basically early experiments in communism, in which all production was handed over to a central authority which distributed it as needed. “From each according to his ability and to each according to his need” was the ideal. It resulted in starvation. Everyone found reasons they couldn’t work. Everyone was eager to claim food and clothing from the central authority. In desperation, the governors abandoned their experiments and gave people land to own and told them to produce what they could. This rapidly lead to plenty.

My father-in-law asked me how many years the pilgrims starved. I said it was two or three.

Alas. All those wasted decades and lives… That’s what dogmatic devotion to ideologies not suited to real life gets us.

These stories tell us something important, something worth sharing. But I can think of important takeaways for investors as well. You see, one of the most fatal errors many investors make is getting dogmatic about an investment thesis.

But people ignore Doug’s wise observation all the time, in every branch of investing. I’ve seen speculators so in love with a particular gold project, they rode the stock all the way down to zero. They just could not bring themselves to face the fact that the idea they loved so much—and the prophets they trusted to shepherd them to success—could be wrong.

And that’s why an essential aspect of a speculator’s discipline is being as merciless in applying skepticism to one’s own observations, ideas, and positions as we are in applying it to others. Ideas must be constantly challenged, lest they become fixed, and hence obstacles to seeing reality.