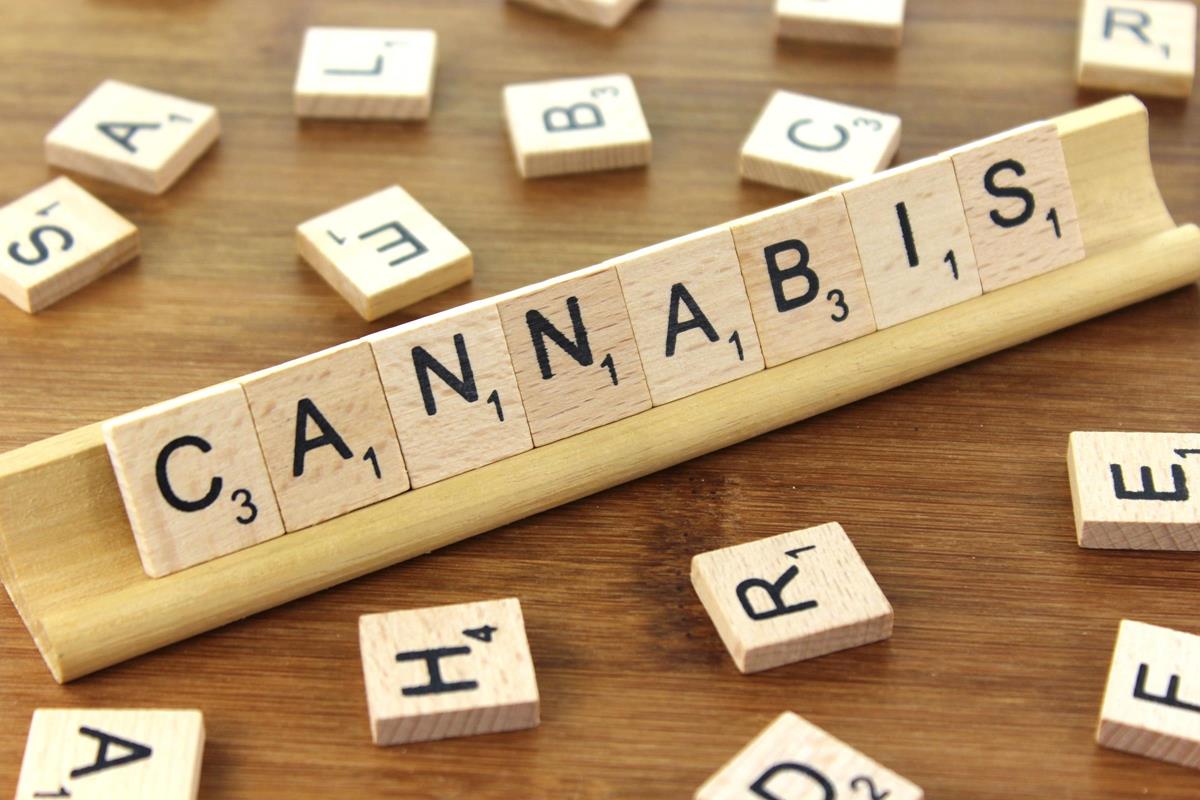 Mexico’s war on drugs was a bloody fool’s errand from day one.

Today, almost everyone in Mexico knows the country needs a new approach. And they’re quickly making it happen.

On October 31, Mexico’s Supreme Court ruled that cannabis prohibition was unconstitutional. Its ruling is binding on all other Mexican courts.

In other words, cannabis prohibition is no longer enforceable in Mexico.

The Mexican Congress has until January 29, 2019 to rewrite the country’s drug laws to comply with the ruling. These new laws will dictate how Mexico regulates its legal cannabis market.

In October, López Obrador dispatched a group of top Mexican officials to Canada to discuss the legalization process.

The group included a key Mexican senator. He has already submitted a bill to the Mexican Congress that would formally legalize cannabis and create a framework for regulating the industry.

The new legislation – propped up by the Mexican Supreme Court ruling – would let adults use cannabis however they want. Smoking cannabis in public would also be legal.

This is all playing out quickly. Take a look at the timeline below.

The pro-pot president’s coalition controls both houses of the Mexican Congress. I expect the new legislation to pass without any major hiccups.

“One of the Largest Wealth Creators”

Fox was Mexico’s president during the Bush II era. Today, he sits on the board of a publicly traded cannabis company.

Fox has said, “At the very end, prohibitions don’t work. What works is your own free decision.”

The ‘Green Rush,’ as it’s been called, will be one of the largest wealth creators of our generation. And as we move out of the shadows, real businesses in this sector will prosper in a way most industries only dream of.

Cannabis legalization in Mexico is a huge deal.

It will be the third country in the world to fully legalize cannabis, following Uruguay and Canada. But it’s much bigger than either of those countries.

Around 125 million people live in Mexico. That’s roughly 3.5 times more than Canada, as you can see in the next chart. 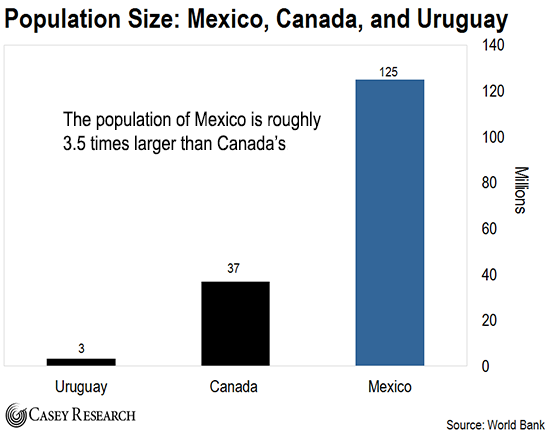 Of course, it was a big deal when Canada legalized cannabis earlier this year. But legalization in Mexico is an even bigger deal.

Mexico’s legal cannabis market is so new – and prohibition ended so abruptly there – that no one knows all the details about this nascent market yet.

That said, if people in Mexico buy cannabis products at the same rate as people in Canada (on a per capita basis), Mexico will easily become the largest legal cannabis market in the world.

Simply put, Mexico’s legal cannabis market is about to explode.

Trump Will Legalize Cannabis, Too

Global cannabis legalization is unfolding even faster than I expected.

In Canada, sales of legal recreational cannabis started on October 17.

Now the rapid developments in Mexico are putting even more pressure on Washington to end federal cannabis prohibition in the U.S. as soon as possible.

Unless the federal government acts very quickly, every country in North America except the United States will have legal cannabis markets worth hundreds of billions of dollars.

There’s enormous political and economic pressure to get in on this bonanza. And it’s showing at the polls…

At the same time, Texas Republican Pete Sessions lost his House seat. This is a big boon for legal cannabis.

Rep. Sessions had used his position as the chair of Congress’ Rules Committee to block dozens of cannabis-related amendments from even being debated.

Massachusetts Democrat Jim McGovern is replacing Sessions on the committee. This will help smooth the way for future cannabis legislation. As McGovern told The Boston Globe:

Unlike my predecessor, I’m not going to block amendments for marijuana. Citizens are passing ballot initiatives, legislatures are passing laws, and we need to respect that. Federal laws and statutes are way behind.

On top of that, Jeff Sessions – the former Attorney General who personified federal prohibition more than anyone else – resigned on November 7, 2018 (the day after the midterms).

There’s also been a slew of other significant pro-pot developments in the U.S. recently…

Then there are the hints from Anthony Scaramucci, Trump’s former White House Director of Communications, who’s reportedly still in contact with Trump.

When asked whether he thought Trump would legalize, he said “I do. I think he’s going to legalize marijuana.”

Scaramucci added, “I think he’s waiting for after the midterms. I think he’s on the side of legalization.”

Trump Has No Choice

The pro-pot developments I’ve just covered have all happened within the past few weeks. Each of these events would be remarkable on its own. But together – all in the same year – they show the unstoppable momentum of cannabis legalization.

That’s why I’m convinced President Trump has no choice but to legalize cannabis. It could happen as soon as next year.

In the meantime, cannabis investors should look to position themselves in select cannabis companies pushing into the soon-to-be massive Mexican market.