Gibraltar, or “The Rock,” as it’s affectionately called is a unique jurisdiction because of its limited EU membership coupled with a long tradition of being an offshore financial center.

In 1704 the British invaded Gibraltar and under the Treaty of Utrecht, Spain ceded Gibraltar to the British. In 1830, Gibraltar became a crown colony. This didn’t change until 1981, when it became a British dependent territory, which in 2000 was renamed British overseas territory.

In 1967, a referendum was held; 99% of the voters voted for Gibraltar to remain a part of the United Kingdom. A 2002 vote had the same result, with 99% in favor of remaining British.

Gibraltar has a Constitution, which gives it a political status similar to other overseas territories, such as Bermuda and the Cayman Islands.

Today, Gibraltar is a sprawling and wealthy territory. Its economy is surprisingly diverse given its size, relying on financial services, online gambling, tourism, and shipping trade. 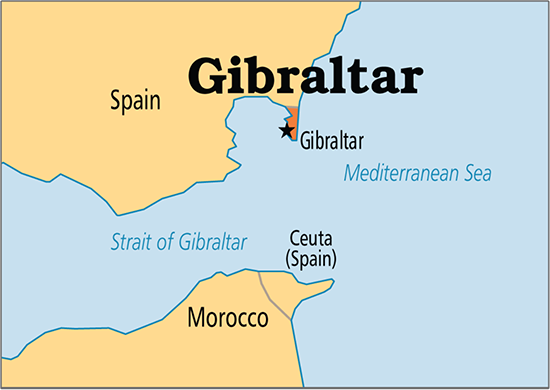 Forming a company in Gibraltar is very easy and tends to cost between £500-1,000, usually with humble renewal and maintenance costs. Companies are required to keep records and make annual returns.

There are a large number of accounting firms in Gibraltar, which makes outsourcing bookkeeping a relatively simple process.

Gibraltar applies a form of territorial taxation, where companies not controlled from within Gibraltar are not liable for corporate tax. Dividends are only taxed if paid out to Gibraltar resident natural persons, meaning that dividends paid from a Gibraltar company to another Gibraltar company (legal person) is not subject to tax.

There is no value added tax (VAT) in Gibraltar.

Private companies limited by shares can issue bearer shares, but the shares must be deposited with a bank in Gibraltar. Royalties are tax-free in Gibraltar.

Corporate directors and shareholders are permitted.

Nearly all companies formed in Gibraltar are formed as private limited companies. These require only one director and shareholder (maximum 50 shareholders) and are commonly used as a part of a larger tax structure or in ecommerce, import/export, or consulting.

Gibraltar is home to a reasonably large number of companies that provide financial services ranging from payment processing to investment funds to insurance companies and intermediaries.

The popularity of Gibraltar for financial services is rooted in the unique status of limited EU membership coupled with a long tradition of being an offshore financial center. The Financial Services Commission (FSC) is a transparent, active, and responsive regulatory body.

Gibraltar companies instead tend to bank in the UK, Isle of Man, Jersey, and other offshore financial centers. One reason for this is that banking in Gibraltar may make the company resident and thus liable for tax.

Gibraltar is very attractive for residential purposes, with zero capital gains tax, wealth tax, capital acquisitions tax, inheritance tax, or interest tax. Income tax is divide into two systems which are tiered. There is a good explanation on the Government of Gibraltar website.

Although nearly all expat workers in Gibraltar live in Spain due to the high cost of living in Gibraltar, it is by no means impossible to take up residence in Gibraltar. There are always apartments available for purchase or rent, with rents being comparable to central London. The difference is that instead of rain and overcast, you get over 300 days of sunshine.

A residence permit is easy to obtain as an employed (including self-employed) European Economic Area (EEA) citizen.

Persons who are retired or self-sufficient are also eligible for a residence permit, provided that they can prove that they have sufficient means.

Similar to the UK, Gibraltar is not a member of the Schengen Area.

Flying to and from Gibraltar takes nerves of steel. Although there have been very few accidents, airlines usually only let their more experiences pilots land. The landing strip is short and for what may feel like the longest seconds of your life, the plane will be flying very close to the water surface.

Currently, only flights to and from the UK land in Gibraltar. Málaga, a major international Spanish airport, and the smaller Jerez Airport are the most commonly used airports to get to and from Gibraltar.

Gibraltar is the one of the lowest-tax jurisdictions in the EU. When you look at the total picture, combining quality of life, reputability, regulatory responsiveness, and tax, Malta is the only real comparison.

Forming a company in Gibraltar is an excellent way to create a tax-neutral company in the EU, which can be used for a wide range of purposes.

Banking in Gibraltar leaves a lot to be desired, with a virtually dormant banking sector other than private banking. Fortunately, the private banking tends to be of high quality.

Editor’s Note: Things can change quickly. New options emerge, while others disappear. This is why it’s so important to have the most up-to-date and accurate information possible. That’s where International Man comes in. Be sure to check out our free special reports to keep up with the latest on the best international diversification options to maximize your personal freedom and financial opportunity.