To most, it seems that Hong Kong’s history began in 1842 when China ceded Hong Kong to the British Empire following the First Opium War. This is because Hong Kong’s early history is poorly recorded.

Great Britain kept Hong Kong after the end of World War II, despite letting go of many other colonies, such as India. By the 1990s, Hong Kong was one of the fastest-growing economies in the world.

In 1997, the British rule of Hong Kong came to a peaceful end, and it became a Special Administrative Region under Chinese rule.

To this day, Hong Kong remains a prosperous region with a superb international reputation. It is one of the Four “Asian Tigers” with Singapore, Taiwan, and South Korea. 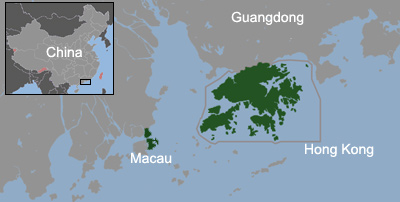 Hong Kong is a highly reputable low-tax jurisdiction. While Singapore consistently ranks higher in the IFC and World Bank Ease of Doing Business rankings, Hong Kong is unparalleled for nonresidents, since Singapore requires that companies have a resident director, whereas a Hong Kong company can be owned, managed, and operated entirely from abroad.

However, as of the first of January 2014, Hong Kong now requires companies to have at least one natural person as director, who will appear on public records. Nominee directors are still a very rare occurrence in Hong Kong, and there are no signs of any rapid improvement.

Hong Kong still remains a very attractive jurisdiction for companies to form in, since it applies territorial taxation, where only income sourced from within Hong Kong is subject to the 16.5% corporate tax rate.

There is no sales tax (VAT) in Hong Kong.

The company through which you form your Hong Kong company will most likely have in-house accountants that can do it for you, as well as make all necessary filings—including tax exemption.

As of 2012, LLP (limited liability partnership) is available. It has not seen much usage yet.

Opening a bank account in Hong Kong is easy, although you will have to visit Hong Kong in person. Remote account opening is very rarely done.

Hong Kong is, however, one of the best banking jurisdictions in the world. The banks have generally low fees but still offer excellent services, both in terms of customer service and banking services.

The banks have low minimum balance requirements, with most being happy with 5,000 HKD (roughly $650 USD). However, more personalized and prestigious banking is available for high-net-worth individuals and larger companies.

Hong Kong is a large city with influences from all over the world, though mainly China and UK. It’s an intense city, with a lot of people living in a relatively small area. Hong Kong is a melting pot of Asian cultures. 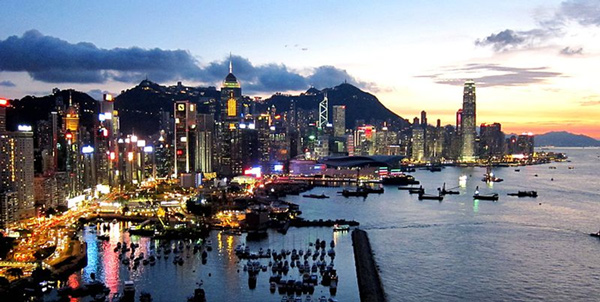 Apartments are small and expensive, unless you opt to live in off-side areas such as New Territories.

While traffic on the streets of Hong Kong doesn’t always flow very well, the subway system is one of the best in the world. It also comes at a perfectly reasonable price.

Clean and quiet parks are located throughout the city, for when you need to get away from the hectic city life.

However, there’s more to Hong Kong. Anyone who has flown to Hong Kong and traveled to the city by car or bus will have seen a glimpse of the stunning nature that Hong Kong also has to offer. It’s not large, but it’s probably larger than most people would think.

The crime rate is very low.

Pollution is a problem, and people frequently walk around wearing masks over their noses and mouths.

Nearly everyone in Hong Kong speaks English, although many are shy to use it but will understand you.

Income tax is charged on a sliding scale from 2% to 17%, although a total tax exemption can be had if the income is determined to not be sourced from within Hong Kong. This is a decision made on a case-by-case basis.

There is no capital gains tax, inheritance tax, wealth tax, or sales tax.

Hong Kong is one of my favorite places in the world. It’s very easy to feel at home and at ease in Hong Kong, despite it being a hectic city. Walking around in Hong Kong never gets boring.

Forming a company in Hong Kong—whether it operates from abroad or locally—is probably the easiest way to get a low or zero-tax private limited company in a reputable jurisdiction. Hong Kong companies are welcome at nearly all banks in the world.

(Editor’s note: Some of the information in this article is based on Streber’s personal experiences and has not been independently verified. As always, do your own due diligence.)