Today we travel west to a pair of islands called Saint Kitts and Nevis, a former British territory but today an independent nation.

This little nation is known for its LLCs, foundations, and most notably for its economic citizenship program, all of which will be discussed after a brief look at the history of the two islands and how they came to be what they are today. 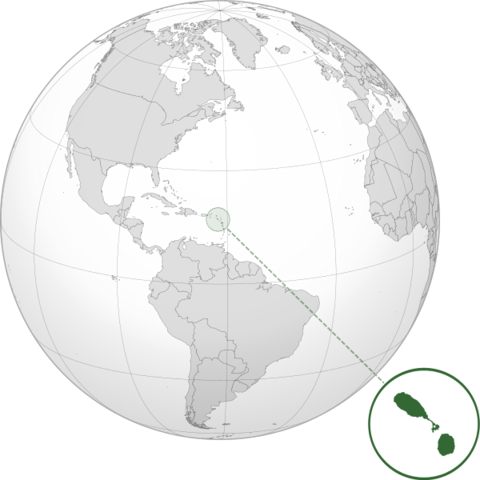 Recorded history began in 1493 with Christopher Columbus sighting the islands during his second voyage. It wasn’t until 1623 that the English fully settled on Saint Kitts. After a conflict between French and English settlers in 1626, the island was divided into French and English parts. The two went on to colonize other islands from their bases, the English colonizing Nevis, Tortola the British Virgin Islands, Anguilla, and Antigua.

Tobacco had by this time become an important product of Saint Kitts, while Nevis enjoyed profitable sugar plantations.

In 1967, Saint Kitts and Nevis became an Associated State of Great Britain and then became independent in 1983.

Today Saint Kitts and Nevis is a relatively prosperous nation, comparable to Panama and Uruguay in GDP per capita. It has a fairly diverse economy consisting of tourism, agriculture, international financial services, manufacturing, and mining.

Modeled on various US LLC laws, the Nevis Limited Liability Company Ordinance (No. 1 of 1995) is one of the most popular offshore LLCs in the world.

The cost of forming an LLC is around $1,000 to $2,000 USD for the first year and around half of that in annual maintenance.

The Nevis IBC is your run-of-the-mill, bare-minimum-restrictions IBC:

Fees are comparable to an LLC, but many service providers charge a little bit more for an IBC.

Foundations are another major financial service in Saint Kitts and Nevis. The Nevis legislation dictates that foundations be multiform, meaning that foundation must elect at formation whether it’s be treated as a company, a trust, a partnership, or as an ordinary foundation. This gives an enormous amount of flexibility.

The cost of forming a Saint Kitts and Nevis foundation vary enormously. Expect at least a few thousand dollars.

LLCs, IBCs, and foundations are exempt from tax in Saint Kitts and Nevis.

Since most of its usage in the international financial services sector is through LLCs, which aren’t necessarily perceived as tax-evasion vehicles, and because it lacks any significant banking sector, Saint Kitts and Nevis enjoys a mostly favorable reputation.

Saint Kitts and Nevis plays a part in many asset protection structures. It offers no clear advantages for IBCs, save for situations where an above-average reputation is sought but for one reason or another, British Overseas Territories are being avoided.

International trusts formed in Saint Kitts and Nevis are subject to great flexibility, in part because the law contains preventive measures against forced heirship. In line with what one would expect of an international trust, foreign judgments are not recognized, meaning a civil court order in Saint Kitts and Nevis is requires to penetrate a trust.

Banking in Saint Kitts and Nevis

In short, an investment of at least $400,000 USD in a preapproved real estate or a contribution of $250,000 USD in the Sugar Industry Diversification Foundation is required.

It’s generally not a problem to travel on Saint Kitts and Nevis passports, but you may be subject to close inspection, second screening, or questioning.

Citizens are able to take up residence in Saint Kitts and Nevis and a number of other Caribbean countries.

If you can afford it, the economic citizenship program in Saint Kitts and Nevis should seriously be considered as an option to obtain the coveted diversification benefits offered by a second passport.

Editor’s Note: In addition to Saint Kitts and Nevis, there are other attractive jurisdictions for obtaining a second passport. However circumstances can change quickly. This is why it’s so important to have the most up-to-date, accurate, and actionable information possible. That’s where International Man comes in. Be sure to check out our free guide on one of the easiest countries to get citizenship in; more on that here.

Here are the top 10 reasons so many investors are missing out on the kind of protection they want for themselves and their families.

Estate Planning Once and For All

Someday your estate could be taxed at a rate as high as… whatever Congress wants the rate to be at the time. The rules keep changing.

The Best of Company

When it comes to internationalization, the facts of the real world don’t match the standard fictions of the movie and the political worlds.