Samoa is one of the most versatile jurisdictions in the world to form an offshore company. It became independent from New Zealand in 1962 and joined the Commonwealth of Nations in 1970. English is the official language. 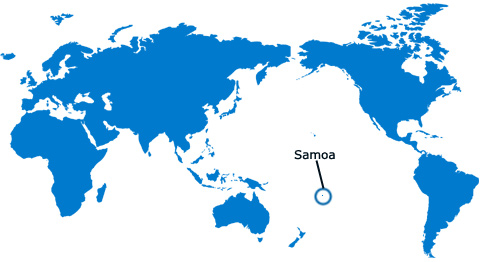 It all started in 1987 with the International Companies Act. This was a clever piece of legislation, in particular because of Section 228(B) Asset Protection. According to this clause, if a specified event occurs, a member of the company can elect to have his shares vested in a specified person. A “specified event” can be a court order, foreign government expropriation, or any other event. As an example, a foreign court order to seize the assets of a company can be considered a specified event whereby the ownership of the company immediately shifts to another person (legal or natural).

When it comes to asset protection, a Samoa international company (IC) is among the strongest offshore structures in the world.

As in most other offshore incorporation jurisdictions, Samoa ICs can hold annual meetings anywhere in the world, require only one director and shareholder, and the names of members do not appear in any public records. A registered address must be maintained with a licensed trustee in Samoa. SIFA lists all licensed trustees on its website. Auditing is not a requirement, but companies can elect to do so. ICs are exempt from all local taxation.

A former clause of the International Companies Act (227 4 c) stated specifically that no exchange of information with foreign governments will take place if there is or will be any risk of taxation for the company or its members. This clause has since been repealed. Unfortunately, many websites—and even some offshore service providers—still tout this piece of legislation as if it were still valid and thus spread misinformation on their websites.

This relatively new (2012) legislation is based on the International Companies Act and introduces an entirely new form of hybrid company. As of writing, this type of legislation is unique to Samoa.

A SPIC is a hybrid between a company and a foundation, in that it has directors (like companies) but no shareholders. There is no legal ownership of a SPIC, since they effectively own themselves. It is aimed largely at being an alternative to trusts.

SPICs are exempt from all local taxation.

While a SPIC can operate as a company, it must do so ultimately for a charitable cause. This immediately makes SPICs attractive to charities, but it may also be useful for those seeking a more easily operated form of a trust. It also means that a SPIC can be used as a holding company. All companies owned by a SPIC are legally owned by no one since the SPIC has no legal owners, which can be used for asset protection.

Samoan companies are generally accepted in Asia and the Pacific Islands. European and South American banks are less familiar with Samoan companies, and they may require some convincing before they will accept you as a client. Companies incorporated under SPICs are still quite untested with banks. It is likely that banks that do not know and trust you already will reject applications by SPICs, due to their still-unknown nature.

While there are four commercial banks in Samoa, it is not attractive for banking. In short, these banks are not subject to advantageous tax and privacy rules.

While stunningly beautiful and decently accessible, with semi-frequent flights to New Zealand, Australia, and Honolulu, Samoa does not offer any taxation advantages to residents. Global income is taxed at up to 27%.

Costs of living are low. A large part of the population speaks English very well.

Samoa is one of the most interesting offshore jurisdictions out there. At its foundation, the SIFA set out to shape Samoa into a haven for legal tax planning and asset protection.

It appears that it has succeeded very well. The veritable buffet of offshore structures and entities that Samoa has means there is something to offer almost everyone.

(Editor's note: Some of the information in this article is based on Streber's personal experiences and has not been independently verified. As always, do your own due diligence.)