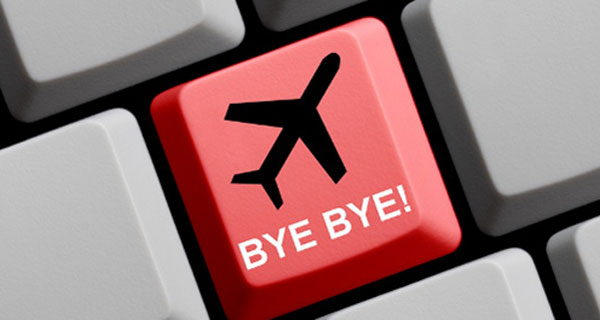 It’s undeniable that the window of opportunity is getting smaller… especially when you connect all the dots and see the big picture.

To help connect those dots, it’s important to understand the things that make being an American citizen uniquely burdensome.

First, Americans are the only people in the entire world who effectively suffer under an inescapable, worldwide system of taxation.

For example, if an American and an Italian both moved to Singapore (or any foreign country) and earned income there, the American would still have to file and pay US income taxes. The Italian would have no tax liability to Italy. That’s how it works for citizens of virtually all countries… except American citizens.

The obligation for US citizens to file a stack of complex and almost incomprehensible forms each year usually requires the assistance of an expensive tax preparer. This is because even an honest mistake can lead to truly draconian penalties that can only be described as a form of cruel and unusual punishment.

Of course, the same is true for US corporations, which pay the highest effective corporate income tax rate in the entire developed world.

Then there are the prohibitively costly rules and regulations—like FATCA—that foreign firms have to comply with if they wish to do business with Americans. Because of the costs of FATCA compliance—and the huge potential penalties for mistakes—many foreign companies have come to the logical conclusion that it’s better to kick their existing American clients to the curb and refuse to take on any new ones.

Similarly, the costs of complying with the SEC’s regulations have effectively closed off many global investment opportunities for Americans.

And then there’s the requirements for the Dodd-Frank Act.

These are but a few examples of the unique burdens American citizens have to deal with, and the list of them never gets smaller.

Taken together, these ever-growing and aggressively enforced regulations with draconian penalties are causing record numbers of Americans to head for the exits and renounce their citizenship—a completely logical outcome that should shock no one.

In 2010, it came as a surprise when the US government introduced a $450 fee for Americans who were seeking to renounce their citizenship. Prior to 2010, there had never been any fee to give up your citizenship in the history of the US.

Then in late 2014 there was another surprise. The US government announced that it was drastically increasing the fee from $450 to $2,350—a more than fivefold jump.

The new fee represents a cost that is over 20 times higher than the average cost to renounce one’s citizenship in other developed countries.

I think the fee increase represents another incremental step in restricting your options as the window of opportunity is without a doubt closing.

The US State Department, in justifying the increase, claimed that the number of renunciations has “increased dramatically, consuming far more consular time and resources.”

I believe the latest 422% renunciation fee hike is just the beginning—it’s going to get a lot more expensive.

The political dynamics in the US guarantee more welfare and more warfare, so government spending has nowhere to go but up, even though the government is already effectively bankrupt. That means we should only expect the politicians to come up with more and more insidious ways to try to squeeze blood out of the taxpayer turnip—which of course will create more incentive and demand for renunciations. With more demand for renunciations, expect the costs to go up.

That’s why I think the $2,350 fee is as cheap as it’s ever going to be going forward. So you might as well renounce sooner than later if you’re considering it.

Speaking of the renunciation fee, here is another, more accurate way to think of it.

Think of it like the price of buying your freedom from the byzantine US Tax Code and an out-of-control government.

It’s not all that dissimilar to how in the past slaves in certain parts of the world were able to purchase their freedom.

Today, US tax slaves can purchase freedom for themselves—and their posterity—from an insolvent government that views its citizens as cows to be milked by paying the $2,350 renunciation fee and a potential exit tax.