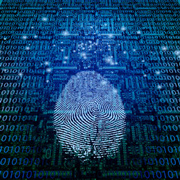 I know that it feels like the weight of the world is on your shoulders right now, but as Americans begin to realize that we are devolving into a police state, with the loss of civil liberties that entails, they will see your actions for what they are: heroic.
—Open letter to Edward Snowden from CIA Whistleblower John Kiriakou

The first step toward living a private life is knowing who your enemy is, and to find your enemy, look no farther than government. Government is the greatest enemy of freedom and privacy. The two principal powers of government are the power of the purse and the power of the sword. Both are utilized to create a highly controlled and regulated society where everyone is monitored from birth to death.

In the last few months, the world has learned that the National Security Agency (NSA) has been spying on the world's communications and recording every mobile phone call, email, fax, Internet data, and Voice over Internet Protocol (VoIP) communication. Even more recently, we have learned that the NSA and its partners have been able to defeat or circumvent many protective measures available on the Internet, including some forms of encryption.

Since its inception, the NSA has worked closely with powerful corporations to subvert the Fourth Amendment of the Constitution. NSA researcher, James Bamford, for example, has documented how the NSA's predecessor, Black Chamber, had illegal unfettered access to Western Union's records:

So the Black Chamber chief, Herbert O. Yardley, and his boss in Washington, General Marlborough Churchill, head of the Military Intelligence Division, paid a visit to 195 Broadway in downtown Manhattan, headquarters of Western Union. This was the nation's largest telegram company—the email of that day.

The two government officials took the elevator to the 24th floor for a secret meeting with Western Union's president, Newcomb Carlton. Their object was to convince him to grant them secret access to the private communications zapping through his company's wires.

It was easier achieved than Yardley had ever imagined. “After the men had put all our cards on the table,” Yardley later described, “President Carlton seemed anxious to do everything he could for us.”

Bamford's account of past events is oddly similar to the most recent of headlines. It seems some things never change. Today, the antithesis of privacy, better known as the NSA, the CIA, and the FBI, are in bed with America's leading Internet and mobile service providers to circumvent civil liberties on a grand scale. This partnership of government and corporations, colloquially known as “corporatism,” offers many advantages to both partners but none for individuals.

For the government, unfettered backdoor access is granted to trillions of Internet data logs, including search engines, emails, and VoIP applications like Skype. In exchange for their perceived high patriotism and civic duty, corporations are awarded multi-billion dollar government contracts and are promised absolute immunity from all criminal and civil litigation.

It's important to understand that the US government's disdain for privacy and the Fourth Amendment is nothing new.

Many years after the NSA succeeded Black Chamber, Project Echelon, a then-new satellite-based signals interceptor, was developed and utilized by the US, England, Canada, Australia, and New Zealand, to spy on much of the world's communications, including on Americans.

When fiber optics were introduced, there was a wealth of information available, which the NSA could not access, and it was illegal for it to do so. But the issue of legality was hardly an impediment. To gain access to this treasure trove of new data, the NSA and its partners illegally tapped underwater fiber optics to gain access to the world's data communications. 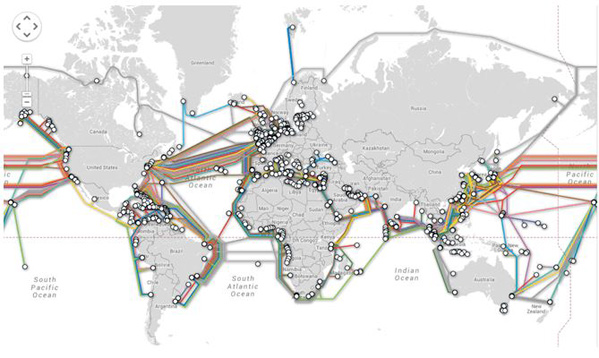 The NSA abuses are also helping to accelerate the internationalization of the Internet's infrastructure away from US dominance. Recently, the BRICS countries (Brazil, Russia, India, China, and South Africa) have announced plans to create their own network of fiber optic cables so they do not have to rely on other countries (i.e., the US and the UK) for exchanging data—which opens up the opportunity to be spied upon. The BRICS 34,000km (21,000 miles) cable could be operational by the end of 2015. There would also be a link between Brazil and Miami, but it would mean data would not need to go through the US before travelling elsewhere, which is the case right now.

Back in the US, the NSA has made secret agreements with AT&T and other mobile network operators to install deep packet inspections, which essentially gathered Internet data from all over the United States. Today, the NSA has backdoor access to all the major Internet services, including Google, Yahoo!, Facebook, and Skype. Although this is scary enough, it is only the tip of the iceberg. The NSA and its partners are mostly limited to electronic surveillance. However, there is a far more mundane form of surveillance that few take notice of.

Government-issued identification numbers ensure everyone is categorized and numbered. Government-issued privileges (e.g., passports, driver licenses, et al.) ensure all citizens and their whereabouts are accounted for. Street cameras and license plate recognition readers, among other things ensure everyone is watched at all times. Public databases on the Internet ensure every citizen can be accounted for. In short, government is the enemy of freedom, free movement, free association, privacy, and anonymity.

Despite the long and intrusive reach of government, it is possible to remain in the shadows. However, to do so, it is important to understand that privacy is a way of life. Privacy is more than just Tor, an Internet anonymizer, and encryption. There is more to privacy than digital privacy. Regrettably, this is often overlooked. Many Americans who value their privacy move heaven and earth to remain anonymous on the Internet or to secure their Internet communications but have little understanding how to remain invisible in the real world. Real world privacy is perhaps even more important than digital privacy and is perhaps more valuable today than ever before.

Here are some concise principles to consider if you desire to maintain some semblance of privacy:

James Black is the author of The Privacy Book. For more information, please visit www.sovereignpress.org.

This Event Could Be Bitcoin’s “Mainstream Moment”

Bitcoin’s use is set to explode… and it could make you a fortune.

They Killed Bitcoin 129 Times; Each Time, It Came Back Even Stronger

This is why bitcoin will continue to grow in value…

Your Newest, Most Powerful Tool of Subversion

The Blockchain Is About to Disrupt This $7 Trillion Industry