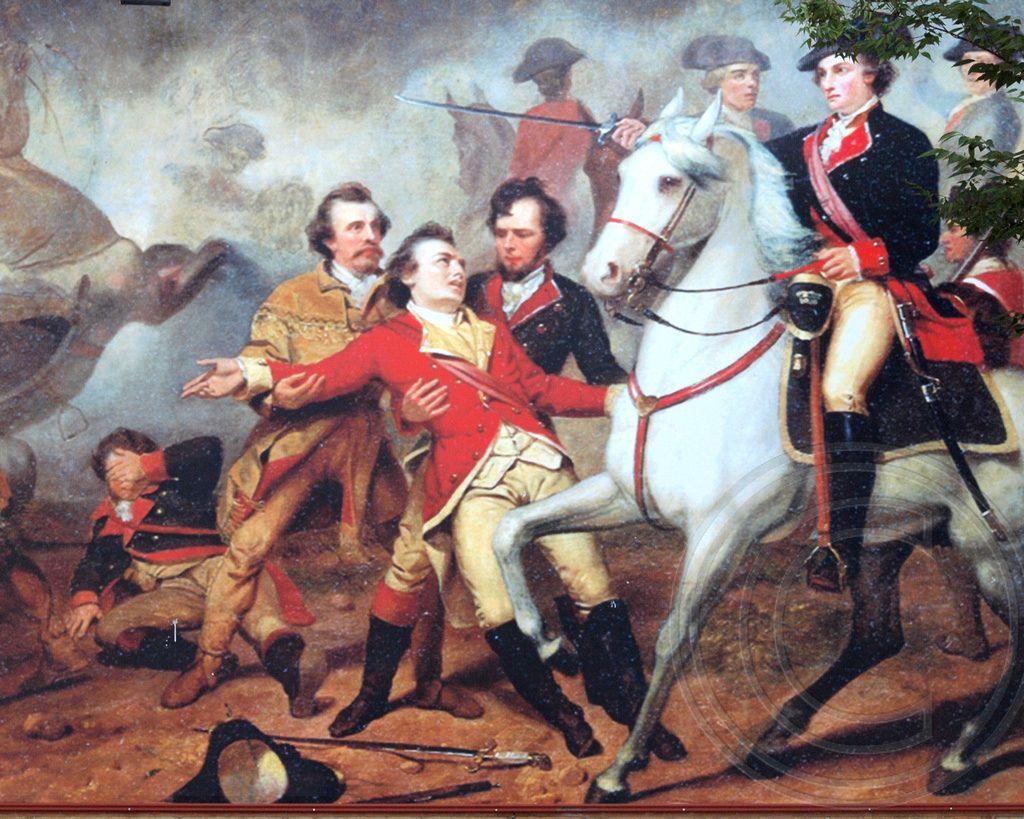 Are we about to repeat the battle of Jumonville Glen?

In 1754, a British militia company under the command of a lieutenant colonel arrived at Jumonville Glen, about 40 miles southeast of Pittsburgh. There the British force of 47 men encountered a French force estimated at 35.

The lieutenant colonel was inexperienced. Finding himself in a legally and diplomatically muddy situation, he was unsure what to do. He got confused and lost control of some of his men. They started shooting.

This began what Americans refer to as the French and Indian War, and what is more widely known as the Seven Years War. The fighting was so vicious and widespread — the bloodiest of the century — that it killed at least a million men, women and children.

The lieutenant colonel was 22 years old. Given more responsibility than he could handle, he launched what is often called a world war. Theaters of the war included not only North America but Europe, Africa, India, Cuba, the Caribbean, the Philippines and South America.

Despite the tendency of US history buffs to see Washington and the other leaders of 1776 as gods, the American founders were as human as you and me. They made mistakes, lots of them.

They are heroes because they rose above their human failings to create a wonderfully successful revolution that greatly advanced the system of liberty. This insurrection eventually stretched around the globe (“the shot heard round the world”) to shatter all the old European empires.

My point is that wars sometimes begin the way the Seven Years War did… as accidents.

Today it is popular wisdom in the financial industry to say the conflict between Moscow and NATO over Ukraine, or the one between Tokyo and Beijing over the Senkaku Islands, or any of the other armed face-offs, will not lead to major big-iron wars.

Supposedly, the opponents will recognize how damaging a huge war would be to their economies, and at the last moment they will back off.

Maybe so. Or not.

One of the dirty little secrets of the federal government rarely understood in the financial industry is that every person in all armed forces is as human as George Washington, and makes mistakes.

Washington’s errors in 1754 led to a great conflagration, which almost doubled his government’s debt, created a credit squeeze, and brought a blizzard of oppressive new taxes and regulations, plus a thundering herd of regulators.

These burdens enraged American colonists and led to the 1776 revolution. This began the decline of the British Empire, and eventually demoted Great Britain to what it is today: just Britain.

What politicians around the world and especially in the US often seem not to recognize is that war is so strenuous it is an occupation for the young, like Washington in 1754. In the US military today, only 1 in 10 of all active duty US personnel are older than 40, and this is typical of armies on every continent.

The term “military precision” is a fiction. There is little exaggeration in the statement that the armies of nearly every country today are gangs of teenagers with pimples and guided missiles.

Lots of governments induct troops as young as 16. In Iran it’s 15. So in almost every army, the guts-to-brains ratio is heavily loaded to the guts side.

I can tell you from personal experience as a sergeant that this is why sergeants are not famous for having tranquil Type B personalities.

Political power corrupts the morals and the judgment; history teaches no clearer lesson. Politicians who do not have military experience often assume their forces — and those of their enemies — are under control and will not fire unless ordered to. But as Lt. Col. Washington discovered, and sergeants know, this is an irresponsible fantasy.

Also, as the Battle of Lexington in 1775—and the killing of Archduke Ferdinand in 1914—demonstrated...it only takes one shot to start a war.

Any time you see rival national leaders angrily arraying their forces against, and within range of, each other — as happens frequently today with Ukraine, NATO and Russia, and Beijing, Tokyo and DC — you are seeing proof either that power junkies on both sides are brainless… or someone wants a fight.

Positioning forces this way is mixing gunpowder with large quantities of testosterone and fear. Minute by minute, there is no telling what will happen.

In the South China Sea, we have already seen incidents between Americans and Chinese that look to me like near repeats of Jumonville Glen.

On May 27th, the White House again sent US warplanes through airspace claimed by Beijing, knowing full well Chinese missile troops were in the area.

Here is the key feature of the dirty little secret: no national leader can ever predict where a military provocation will lead because neither he nor his enemy knows even what their own troops will do, much less the enemy’s.

Two of my favorite movies about accidental war are THE BEDFORD INCIDENT (1965) starring Sidney Poitier and Richard Widmark, and FAIL-SAFE (1964) starring Henry Fonda and Walter Matthau. You might give them a look. They may be disturbingly timely.

There’s nothing you or I can do about the inherent insanity of government — we cannot make it better, or worse — so we might as well earn money from it.

As the threat of a big-iron conflict grows, I continue to make my favorite five defense stocks the centerpiece of my newsletter’s investment strategy, as I have since the Berlin Wall came down in 1989. These are Lockheed Martin (LMT), Northrop Grumman (NOC), Raytheon (RTN), General Dynamics (GD) and Huntington Ingalls (HII).

In my opinion, these Big Five (or their constituent parts) had the best risk vs. reward ratio of any investments in 1989, and still do. This is because the most consistent and reliable economic trend throughout human history has been war.

Since the year 3600 BC, there have been more than 14,000 wars. We can be sure that in each one, persons who were savvy about geopolitics and military affairs came out smelling like roses, while those who believed what their power junkie rulers told them were bankrupted or worse.

Joel’s Note: “Read some of Richard Maybury's work and you will know why he is called the new Tom Paine.” So says the original International Man, Doug Casey. High praise indeed, we think you’ll agree.

Happily, you can read some of Richard Maybury’s work…thanks to a special deal we’ve worked out directly with his publishers.
In the July issue of his must read Early Warning Report newsletter, you will find two electrifying articles about the growing war fever, and the shocking risks the federal government is taking in the South China Sea and East China Sea.

They are titled “Japan’s Addled Army,” and “The New Freedom of the Seas Crisis.” You still have time to receive this hair-raising EWR if you subscribe right away. Simply call 602-870-9329 or, if you prefer, head directly over to this page to see what Doug and other luminaries are saying about his work.

John Hunt’s note: I insisted that my children read Richard Maybury’s Uncle Eric Series. Why? Because these easy-to-read books help teenagers (or anyone) learn ethics, economics, history, politics and more in an entertaining manner. They helped teach my children to be honorable. They helped me to be honorable. Unfortunately, all children now get exposed to—inundated with—unsound thinkers in positions of authority—teachers, professors, etc. I can attest that Richard Maybury’s books greatly helped to protect my children from the brainwashing that occurs during modern schooling and college. My children knew what questions to ask, and how to avoid getting sucked into the black holes of political correctness, economic inanity, and failed ethics. The enormous downside risk of college can be moderated by providing the kids intellectual ethical protections that they learn from the Uncle Eric Series. More importantly, these books provide the underpinnings to be successful and to live an honorable life. If the young people—and all adults too—would read Uncle Eric, the world would be a much much better place.

Another version of these ethics can be gained from Richard Maybury’s Ethics Solutions, a short program that has broad applications in helping employees and employers, and, well, humans in general. I encourage you to review this website.