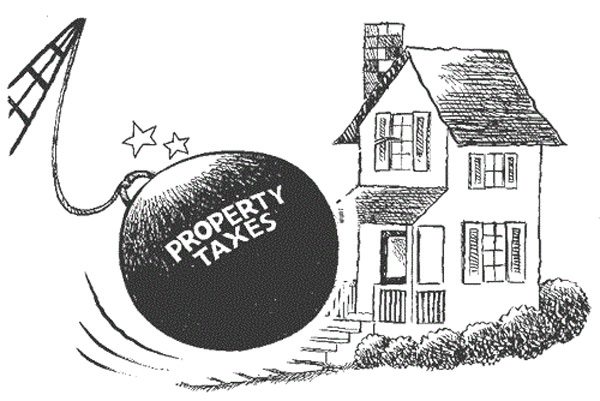 Do you really own something if the government forces you to make never-ending payments on it?

I think the answer is “no.”

You possess such an item, but you don’t own it outright. It’s an important distinction.

A ridiculous threat to property rights has infected most of the world like a virus. Most people unquestioningly accept it as a normal part of life—like gravity or the sun setting in the west.

The threat I’m talking about is property tax: that annual tax you pay whether or not your property generates any income. Instead, the government bases the tax on the underlying value of real estate you supposedly own. There is no way to pay off this obligation in one fell swoop. It hangs over your head as long as you hold title to the property.

For practical purposes, you don’t really own anything you have to pay an annual property tax to keep. You are merely renting from the government.

Suppose you bought a sofa set and coffee table for your living room for $5,000 cash and then had to pay a $100 tax each year for as long as you “owned” the furniture. Then suppose, for whatever reason, you’re unable or unwilling to pay the furniture tax. It wouldn’t take long for the government to swoop in and confiscate your furniture.

In this case, you “own” the furniture as long as you pay the never-ending annual fee—stop paying and you’ll find out who really owns it.

While many people would find an annual furniture tax absurd, they somehow think it’s acceptable for the government to levy an annual tax on homes, offices, and raw land.

Respect for property rights and annual property taxes are mutually exclusive concepts. What’s yours is yours, and you shouldn’t need to pay the government for permission to keep it.

It’s not uncommon for people in North America and Europe to pay tens of thousands of dollars in property tax every year… just to live in their own homes. And the burden will almost certainly continue to increase. Most governments continually raise property tax rates, especially governments in bad fiscal health.

It’s very possible that, over a lifetime, the government could take more in property taxes than the underlying value of the property being taxed.

And, just like the furniture example above, if you don’t pay property tax (AKA government rent) on the home you thought you owned, the government will confiscate it. This is not as uncommon as you might think. It’s estimated that thousands of people in Pennsylvania alone lose their homes annually because they can’t or won’t pay.

Expect Boobus Americanus to say things like, “How would we pay for local services like public schools without property taxes?”

Of course, there are many different ways to fund those services. Or, even better, we could leave them to the free market. But don’t expect that to happen. In fact, given the social, political, and economic dynamics in the U.S. and most of the West, I expect the opposite. Property taxes have nowhere to go but up.

It doesn’t have to be this way. You can own real estate in several countries and avoid the annual property-tax harvest. Here’s a list of countries without property tax: 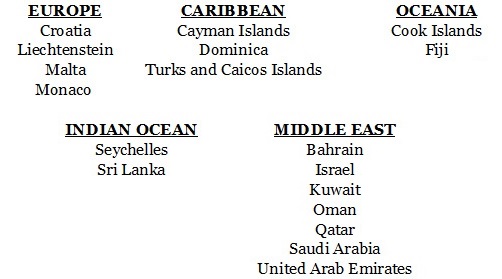 If you want to escape rapacious and ridiculous property taxes, those are your options.

Ireland would have been on the list, but it recently adopted a property tax. This does not bode well for other financially troubled EU countries that could turn to property taxes as a solution—like Malta and Croatia.

Colombia, Costa Rica, Ecuador, and Nicaragua have property taxes, but the obligations are generally negligible. Of course, the risk is that, since these countries already have property taxes in place, they could easily increase them whenever the government wants more revenue.

Case in point: Greece, where a bankrupt government has made owning property a burden. The following excerpt from The Guardian shows just how far Greece’s government has gone (emphasis mine):

The joke now doing the rounds is: if you want to punish your child, you threaten to pass on property to them… Greeks traditionally have always regarded property as a secure investment. But now it has become a huge millstone, given that the tax burden has increased sevenfold in the past two years alone.

For my money, the Cayman Islands is the most appealing country on the no property tax list. It has never had any form of direct taxation, and most Caymanians are vehemently opposed to the idea. That history and attitude is a good sign the Cayman government is very unlikely to ever impose a property tax.

When you’re weighing your options, don’t think of foreign real estate as a vehicle for a quick return. Think of it as a diversified long-term store of wealth—one the government in your home country can never confiscate.

Wherever you decide to buy should also be in a place you would actually want to spend a significant amount of time. That way, the property will always be valuable to you, regardless of whatever else happens.

One expert on foreign real estate we highly recommend is none other than Doug Casey, the original International Man. Doug has been to over 145 countries and invested in real estate in a number of them. He wrote a thick and detailed free guide to foreign real estate that includes his favorite markets. It’s a must-read for those interested in this extremely important topic. Click here to download the PDF.