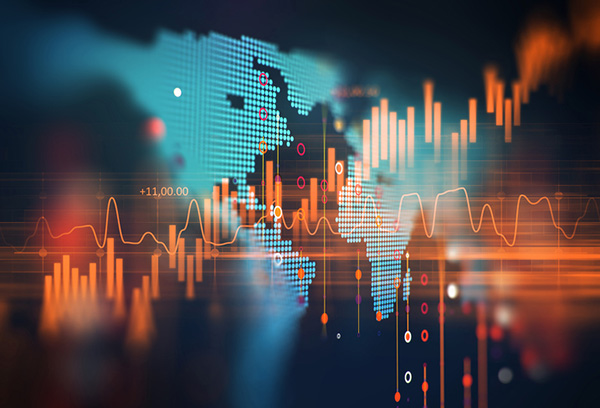 Nick Giambruno’s Note: You’re either a contrarian or a victim… That’s the message from legendary investor Rick Rule.

If you don’t know Rick, he’s been involved in natural resource investing since the early 1970s. He’s helped finance hundreds of companies. And now, as CEO of Sprott US Holdings, he uses that expertise to oversee a number of businesses. But he’s probably best known for his contrarian approach to investing.

Below, Rick sits down with Chris Lowe, editor of Bill Bonner’s Inner Circle advisory, to explain the best way to be a contrarian today. I think every International Man reader can profit from Rick’s insights…

Chris Lowe (CL): From listening to you speak at events, and from conversations we’ve had, I’ve personally learned a lot from you about the principles of successful investing. If you had just one piece of advice for folks getting started as investors, what would it be?

Rick Rule (RR): A great place to start is the books of value investor Benjamin Graham.

When I was beginning my career, I had the opportunity to seek some advice from a legendary Canadian investor by the name of Peter Cundill. Peter was a follower of Graham’s value investing style. And he gave me a copy of Graham’s classic book, The Intelligent Investor.

I remember not wanting to read it at first. But eventually, I opened it. And after the first 10 pages, my life had completely changed. That book gave me the philosophical grounding I needed to become a successful investor.

That doesn’t mean I had the sense to follow Graham’s principles immediately. In my first decade as an investor, I violated every rule I had learned. Luckily, I eventually came to understand the rules I had violated… and why I paid the penalties for violating them. That’s something that doesn’t happen to many young men.

RR: Price is what you pay. Value is what you get. The problem most investors have is they rely on price information and conflate it with value.

Investors pay most attention to the price of an asset because it’s easy information to find. You can get it online… from the newspaper… or from your broker. Value is different. It’s hard to get. You have to work for it.

Being a successful investor involves exploiting the arbitrage between price and value. That is to say it involves buying things at a price substantially below either an investment’s value… or the value you think it’s likely to attain over time.

This kind of arbitrage between price and value is needed on the sell side, too. In addition to having the courage to buy low, a successful investor needs the wisdom to sell high. One of the things that happens when the price of an investment you’ve made goes up is the self-enforcing tendency to believe your thesis for more than it’s worth.

CL: You’re known as a contrarian investor. Why is that so important to you?

RR: I am a contrarian. But I struggle with the contrarian paradigm every day. Let me explain why…

As investors, we all believe we’re fact-seekers. We all believe we source information from various channels… and that we then assemble, dissect, and analyze that information rationally before drawing our conclusions. But that’s not what we do.

We certainly seek input from many places. But we seek input that makes us comfortable. We seek input that reinforces our existing views and prejudices. We assign most relevance to information that is familiar to us and that we are comfortable with. This is known in behavioral finance as confirmation bias.

It’s our ability to think beyond these biases that makes us true contrarians.

CL: Is it also true that crowd-following investors tend to see changes in market cycles as “if” questions, while contrarian investors see them as “when” questions?

RR: I’m not sure that crowd followers, which I would categorize as momentum speculators, are the only culprits. Most investors look at the upside of a particular investment before they look at the downside.

Certainly, most momentum speculators invest in what’s popular. For example, you’ll notice that bitcoin moved from $400 to $2,000 before anybody cared. Then it gained tremendous attention.

The same goes for gold. In the early part of the last decade, the gold price moved up from $260 to $1,900 an ounce. But the rally didn’t come to popular attention until gold had moved past the $1,000-an-ounce mark. For most folks, there first had to be this move from $260 to $1,000 to substantiate the narrative of a bull market.

Only when gold moved from $1,000 to $1,900 an ounce did most people start asking the right questions: What if we begin to have sovereign debt defaults? What if there is a trade war between the U.S. and China? And so on.

Those questions were just as valid when gold was at $260 an ounce. It’s just that most investors needed the experience of rising prices to make them comfortable with putting their money on the line. And that leaves a lot of profits on the table.

CL: What questions should gold investors be asking today?

RR: My old friend Bill Bonner makes an important point. If we haven’t cured the conditions that led to the 2008 collapse, we may be facing the same kind of collapse again.

From my point of view, the entire set of circumstances that was in front of us in 2008 – misallocation of credit, speculative activity on the parts of lenders, unsafe government balance sheets, unsafe private sector balance sheets, a ballooning derivatives market – is present today.

CL: That’s certainly not what you hear on CNBC or other mainstream media outlets.

RR: That’s true. But these mainstream outlets didn’t see the crisis in the subprime mortgage market, either.

I’m not a real estate guy. But I recall driving through Los Angeles – this was in late 2006 or early 2007 – and seeing a large billboard that read, “Borrow 125% of the value of your home. Bad credit okay.”

And I remember thinking, “Wow, I’m not a real estate lender. But I don’t think this has a happy ending.”

CL: Do you see any similar omens today?

RR: One big one is that most Americans today seem to be completely sanguine about the fact that, at the federal level, we have $20 trillion in balance sheet liabilities.

Twenty trillion is such a big number, most people don’t relate to it in a meaningful way. But to write it down, you need to first write the number 20 and then a bunch of commas and 12 zeros. Trust me, it’s a lot of money.

And that’s just the tip of the iceberg. Washington’s off-balance-sheet liabilities are reputed by the government’s own number crunchers in the Congressional Budget Office to exceed $100 trillion.

CL: For folks who are unfamiliar with Washington accounting, what does that $100 trillion figure refer to?

RR: Let me try to personalize what an off-balance-sheet liability is for your readers. I’m 64. Next year, I’ll be 65. And on my birthday, I’ll become one.

It gets worse. Many pensions in the country – government and private – are based on defined benefit rather than defined contribution schemes. The average assumed annual return of these schemes is 7.5%. That’s how they figure out their actuarial obligations. But over the last five years, their median return has been just 2%.

What that means is that the pensions that have been promised to many workers exceed – by a substantial margin – the amount of money available to pay them.

CL: Are these liabilities on a par with the crisis that we faced in 2008, with regards to real estate securities, subprime mortgages, and so on?

A “black swan,” by definition, is something so rare you haven’t seen it before. But if I were going to point to one, I would suggest it will have to do with a lack of faith in the ability of federal, state, and local governments in the U.S. to meet their obligations – both on and off the balance sheet.

[The concept of a “black swan” event was popularized by former trader and risk analyst Nassim Taleb in his 2007 book, The Black Swan. A black swan event is one that can’t be predicted but that has an extreme impact on the world.]

I may anger some of your readers here. But I’d love to see a sovereign debt default. I would love to see the system of lies that we live in – including the lie of the fiat dollar – be shown for what it is.

It would certainly be a tumultuous circumstance… and one that might change my standard of living for the worse due to the social chaos that might follow.

But if you’re allowing me to express myself in a way that isn’t merely economic but is also philosophical, I’d love to see an event that exposes the lies of government and taxation… and the lies manifested by government debt and the fiat money system it’s based on.

CL: What advice do you have for readers based on your big-picture view of where we are in the economy and in the markets?

RR: At current industry costs and current industry prices, resource businesses are still in liquidation. So either natural resources cease to be available to society… which is unlikely… or prices go up, which is much more likely.

Gold is up 25% off its low set in December 2015. And silver is up 20% from its low set in the same month. But they still aren’t widely owned. I would suggest that will change as a consequence of the factors we’ve just discussed playing out in the economy.

Editor’s Note: It’s clear the direction the bankrupt US government is headed. And one day soon, Americans will wake up to a new reality. Fortunately, there are practical steps you can take to prosper… even as our country takes a dive to the bottom. Owning the right stocks is just one of them. Learn about the others in our free Guide to Surviving and Thriving During an Economic Collapse.