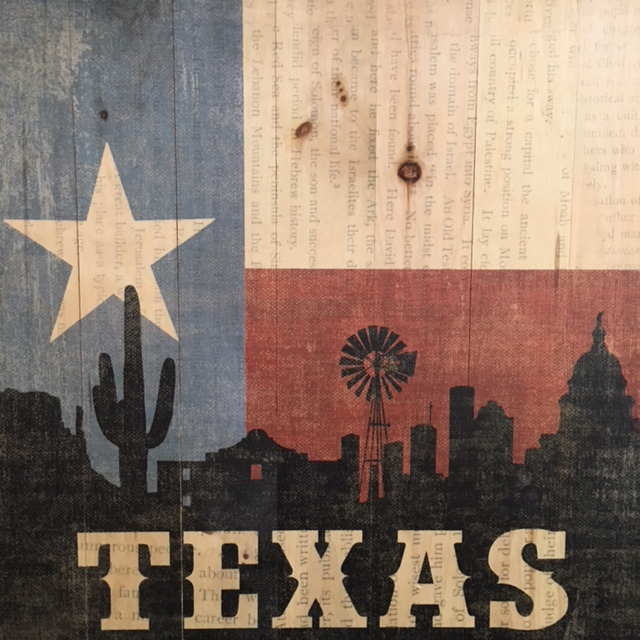 Signs of the Times from the Lone Star State

“Suffered an injury while on the job?”

The billboards flew by our open window as we drove in from George Bush Intercontinental airport. Signs of the times, dear reader.

Your editor arrived in H-town, as the state’s largest city is affectionately known, late yesterday afternoon. Texas is a kind of home away from home for us, a family hub (by marriage) here in the Deep South.

We are always impressed by the Lone Star State. Even to an Australian, everything here seems BIGGER. The locals are BIG on football…BIG on Jesus…BIG on SUVs and shopping malls and hospitality and meal portions and (not coincidentally) belt sizes too.

In many ways, Texas is a kind of supersized America. Except, locals are quick to assure you, when it comes to the size of government...

Texas is one of just 7 states in the union (along with Alaska, Florida, Nevada, South Dakota, Washington and Wyoming) with no state income tax. It also has comparatively little state sales tax and, arguably, fewer rules and regulations than many of its northern, “Yankee” cousins.

Houston, for example, gets by almost entirely without a formal zoning code. Now, how on earth could a city of 2.2 million people (6.3 million including metro) function without a clearly defined, mandatory use of land code, you ask?

CB Richard Ellis, the world's largest commercial real estate services firm, does a lot of work here in Houston. The property giant had this to say about Houston’s peculiar absence of zoning in its Investment Research Quarterly publication…

Houston is well known as the only major U.S. city with no formal zoning code. Such a seeming lack of order is difficult to grasp by those unfamiliar with the area. The absence of a comprehensive land use code conjures up images of a disjointed landscape where oil derricks sit next to mansions and auto salvage yards abut churches. To some degree these anomalies exist, yet for the most part Houston is like any other large North American city.

What is unique about Houston is that the separation of land uses is impelled by economic forces rather than mandatory zoning. While it is theoretically possible for a petrochemical refinery to locate next to a housing development, it is unlikely that profit-maximizing real-estate developers will allow this to happen. Developers employ widespread private covenants and deed restrictions, which serve a comparable role as zoning.

Private agreements between consenting parties… who would have thought such an outrageous proposition might actually work? And yet…

Last year, Texas was the single fastest growing economy in the Union. That’s particularly unusual, given the sheer size of the market. (Economies of scale eventually give way to the law of declining marginal utility.)

Taken alone, Texas is the 14th largest economy in the world…weighing in just above South Korea and the Netherlands. And yet, it hums along at a pace typically seen in much smaller markets.

At 4% unemployment, the state is also healthily below the national average. Even in the nation’s capital, where politicians, lobbyists, special interest worms and assorted other swamp critters ply their greasy-palmed craft, the rate stands at 5.3%.

No wonder then that more than 50 Fortune 500 companies choose to call Texas home…most of them, though not all, energy-related (Dell, Sysco, Whole Foods and J.C. Penny spring to mind).

Texas is by no means perfect. In fact, it’s not even approaching the kind of free market economics advocated by this fringy publication. But it does show, sometimes, that when it comes to Big Government, less is often more.