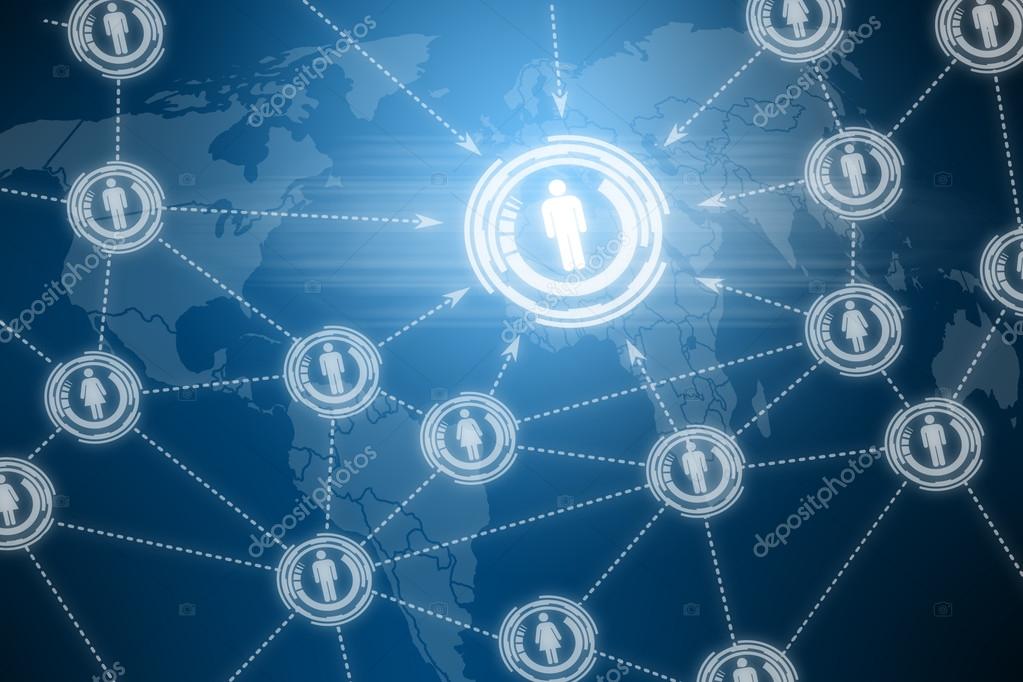 Nearly two billion people work in it. And it accounts for perhaps 20% of the world’s total economic activity.

“It” is the black market, or System D, a slang phrase adapted from the French word débrouillard. A débrouillard is a resourceful and self-reliant person. A débrouillard figures out how to get what they need regardless of the obstacles. The obstacles are usually the laws or price controls put in place by the state.

There are a lot of débrouillards in the world. In 2009, the Organization for Economic Co-operation and Development (OECD), estimated that around 1.8 billion people – at the time, half the world’s working age people — had unofficial jobs that weren’t registered, regulated, or (in many cases) taxed. The OECD estimated that by 2020, two-thirds of the world’s workforce would be part of System D.

The OECD considers anyone between the ages of 15 and 64 to be “working age.” As of mid-2018, about 65% of the world’s 7.7 billion people were working age; that’s about 5 billion people. If half of them rely on System D to support themselves and their families, that comes to 2.5 billion people.

Most of these 2.5 billion people are débrouillards by circumstance rather than choice. They live in countries like Venezuela, Zimbabwe, or Nigeria where the only way to buy the goods and services they need is by breaking the law. Venezuela is a great example. Consumer basics like food and medicine are no longer available in stores or pharmacies. The only way to get them is through System D.

A 2012 study concluded that collectively, the black market accounts for more than one-fifth of global GDP. Today’s global GDP comes to about $80 trillion. System D, then, adds another $16 trillion of economic activity to the global economy. If the black market were a country, it would have the world’s second largest GDP, second only to the US ($19.3 trillion).

Most of us have participated in System D transactions, whether we were aware of it or not. If you’ve bought tickets from a scalper, you’ve participated in the black market. Or if you pay your maid or landscaper with cash. And there’s no guarantee the seller of that curio you bought in a market on your last vacation reported their income.

Governments hate black markets because they can’t control them. In Venezuela, where inflation has reached nearly one million percent annually, the government has responded with strict price controls. Since it’s unprofitable to sell goods or services at state-sanctioned prices, they’ve become largely unavailable. They’re still available in the black market, thanks to débrouillards. But buyers pay steep premiums compared to the prices the government officially allows merchants to charge. Even though the government blames the black market (along with the US) for Venezuela’s economic woes, ironically, débrouillards may be the only reason the economy hasn’t collapsed entirely.

By focusing on black markets in which there are identifiable victims, governments seek to tar all black markets with the same brush. Don’t fall for that bogus conclusion. Most System D activity involves voluntary transactions between willing buyers and willing sellers. The majority of System D transactions are part of the gray- or black-market categories in the chart below. 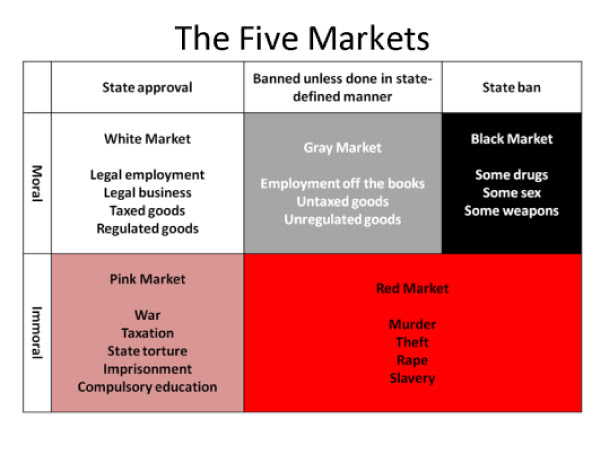 One important factor encouraging the growth of black markets is the rise of the “darknet,” a restricted area of the internet invisible to ordinary search engines and accessible only through specialized browsers like Tor, with transactions carried out in cryptocurrencies like bitcoin. The most famous example of a darknet market is the ill-fated Silk Road website, which, among other activities, allowed users to buy and sell illegal drugs. Uncle Sam shut down Silk Road in 2014. And in 2015, a judge sentenced the man behind it, Ross Ulbricht, to two consecutive life sentences plus 40 years and a fine of nearly $200 million.

But the Silk Road takedown hardly shut down the darknet. When it was taken down, Silk Road’s transaction volume came to about $400,000 daily or $150 million annually. Today, the total darknet volume is around $1 billion annually. That’s a tiny fraction of the global black-market total, but it’s increasing fast.

Governments have many tools at their disposal to fight the black market. Price controls and exchange controls, such as those in effect in Venezuela, are two common strategies. Another is to ban, restrict, or regulate the most popular forms of money débrouillards use to exchange value. For instance, in the ongoing “War on Cash,” dozens of countries have restricted the use of cash or (as in India) even banned large-denomination bills. Many countries have also banned or restricted the use of cryptocurrencies.

The struggles of ordinary people to overcome obstacles to obtain the goods and services they need to survive are heroic. For many, System D is quite literally their only means of survival. Remember that the next time you read a sensationalist article in the mainstream media suggesting that cash be banned, that black marketeers be imprisoned, or that the darknet is used only for criminal activity.