While it’s difficult to say which area of Chile is the best, it’s hard to deny that buying property in the regions just south of Santiago makes the most sense, either for a return on investment or for a place that you might want to someday call home.

It’s true that the southern ice fields in Patagonia or parts of the Atacama Desert in the north are probably more awe-inspiring than the central coastline and valley, but they’re not exactly ideal places to live. Those places have been popular among tourists for several years, but as more people are beginning to look at Chile as a place to live or at least to park some capital, the central regions have been attracting more (much-due) attention.

The Mediterranean climate, proximity to Santiago, better job opportunities, and higher rental yields naturally make the 6th, 7th, and 8th regions more appealing in the long run than areas to the extreme north or south.

Still, the central regions encompass a huge range of environments, from semi-urban zones to the Andean cordillera (mountain range), from wine country to small fishing villages. Over the last year I’ve had a lot of people ask me which of these areas offer the best investment potential and, more specifically, where I’m buying.

Before we talk about areas with the highest investment potential, I want to point out that these days it probably makes sense for everyone to own at least a couple hectares of agricultural land with a solid water source. I could go on for hours about how the global market fundamentals for food and farmland should be favorable for the next decade or more, but that’s for another day. The point is: if you don’t currently own any farmland, it’s probably priority number one.

That being said, and as much as I like well-located farmland in the central valley (The best price per hectare for the most productive farmland in Chile is in the 7th and 8th regions.), it’s not where I’m putting much of my money. If I was a few years away from retirement, had a large nest egg, and wanted a regular yearly return with good prospects for appreciation, I’d probably opt for farmland, most likely in the northern part of the 7th region. Likewise, if I had a couple million dollars in the bank, buying several hundred hectares in the central valley, planting them in cherries, blueberries, raspberries, or wine grapes and living off the profits would be a great option.

For better or worse, I don’t fit into either of these categories. I’m still relatively young and,while I tend to be quite conservative with my investment money, I look for bigger returns than 5 or 6%.

Some people laugh at me when I tell them this, saying that it’s impossible to find something that could double or triple in value in a few years’ time without exposing yourself to significant downside risk. While this is generally true for stocks, currencies, business ventures, etc., I’d disagree when it comes to certain sectors of the Chilean real estate market.

I’ve watched plenty of people make significant gains on property in Mexico, Nicaragua, Costa Rica, and Panama but was never all that tempted to enter any of those markets. The political risk and the fact that so many of the new buyers were foreigners made me a little too uncomfortable.

In Chile, the situation is totally different. First off, due to the country’s solid financial situation, political risk is very low. Secondly, most people who are looking for property in Chile aren’t foreign investors; they’re Chileans with more disposable income than they’ve ever had,who are looking for a house or apartment to live in, or a country property for weekend use. Just last year, the unemployment rate for the Santiago area hit the lowest level in the last 15 years, 6.2%, and the government’s healthy balance sheet is starting to stand out more and more in comparison with other debtor nations. In this kind of market, it’s pretty easy to make money on property (maybe 10%-15% per year between rental yield and price increases), and the downside risk really is quite limited.

However, this still doesn’t excite me much. When you spend enough time learning about the country, getting to know intelligent and important Chileans, regularly reading local business magazines, listening to Chilean radio programs, and scouring the countryside for undervalued property, you realize there’s even more money to be made in certain localized markets.

Just the other night, I called the man from whom I bought my first property, because he has a couple of other places for sale that I was considering including on one of my property tours. After the regular cordialities, I explained I’ve got a few people interested in property in his area. (I didn’t mention that “a few people” actually meant well over 100.) He mentioned that since I bought my parcel a couple years ago, the area has gotten more popular, the eucalyptus trees have grown, and prices have risen.

“OK, so what are you asking for the two hectares now?” I cut to the chase. Two years ago he was asking about $18,000 USD but now wants $40,000. It´s doubled within two years, butconsidering the location of this property, I’d still say it’s a decent price for the property. Word has started to get out about this region but is still far from being overrun. 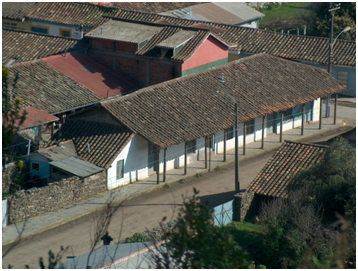 (The coastal farming village near where I bought my first property)

This past week I’ve been exploring the headlands and rocky points on a new section of coastline, farther north from where I used to live. It’s been slow going, driving down every dirt and gravel turnoff I can find that leads to the ocean, and stopping to chat with locals, but I’m starting to narrow things down a bit here and should have a new “pick” sometime soon.

Another place that’s currently on my radar is along the road to a planned ski area in one of the central regions. If this place gets built, it could easily be the best ski resort in Chile due to the amount of snowfall. Most locals don’t know anything about this project yet. It hasn’t been widely publicized, and, in general, people who live in the valley aren’t skiers. This represents opportunity in my eyes.

Compare this to the area around the new metro line in Santiago, which won’t be completed for another five years but is already referenced by every property seller within a mile radius, and you can really see the difference.

I don’t know what the best area of Chile is, but it’s clear that these are the kinds of places that offer the greatest upside potential. They’re the places that make me really excited.

Darren Kaiser is an American expatriate and current resident of Chile.  He runs the site www.theglobetrotterweekly.com, which offers guidance and tours of investment properties in Chile, as well as information about traveling and investing in South America.