When I first heard Doug Casey talk about a World Service Authority passport, I thought it was a joke.

The WSA travel document looks like a passport, but there’s one enormous difference… it's not issued by any government. Anyone in the world can apply for one. 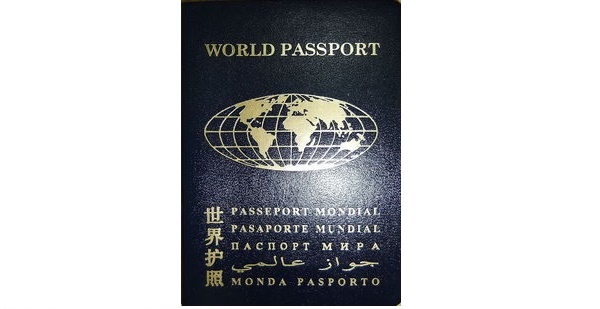 The concept is based on the UN Declaration of Human Rights, which states that “everyone has the right to leave any country, including his own.”

There is merit to this.

Of course, this isn’t an endorsement of the UN. I dislike bureaucracies of any sort… especially entrenched ones with a global reach.

We shouldn’t need to have the UN certify that we have a fundamental human right to travel. It’s a self-evident truth. But that’s not how the modern passport system works.

Travel is treated as if it’s a privilege. You need to ask for permission. Any government can restrict or revoke your passport for whatever reason it wants.

When that happens, you can’t travel internationally. It’s like being under house arrest. It’s a powerful lever of control.

This is why governments hate it when you have multiple passports. It dilutes their ability to control you.

That’s why it’s so important for you to get a second passport, or even a third. It frees you from absolute dependence on any country.

It also allows you to bank, do business, and live in places you couldn’t before.

But a passport cannot give you any of those benefits if it’s not recognized.

That’s why a passport from WSA isn’t very valuable. But that doesn’t mean it’s worthless.

Doug Casey has had a WSA passport for decades.

In the 1970s and 1980s, he used it to gain entry to Iceland, French Polynesia, Honduras, Costa Rica, Peru, and other countries.

Today it’s a different story. The war on terror hysteria has infected the world like a mass psychosis. Civil liberties, privacy, and freedom from government intrusion are all long gone.

There isn’t anything that wouldn’t be sacrificed in the mistaken belief it will bring security. That’s why using a WSA passport today is almost a sure ticket to jail.

I believe there is still some value in getting a WSA passport, though. It could be used in an emergency scenario in which you don’t have any other alternatives.

Consider the case of NSA whistleblower Edward Snowden. The US government canceled Snowden’s US passport. This left him without any travel documents and trapped in Russia.

Snowden has sought asylum in Ecuador. Ecuador is one of the few countries that recognize a WSA passport. That could be his ticket in, assuming he could find a way there.

A WSA passport can be useful in other ways—such as when a nongovernmental party requests ID. For example, if you check into a hotel and don’t want to leave your US passport, you can try to leave your WSA passport.

If you buy a SIM card for your cellphone, the clerk might request a passport. You could try to use your WSA one.

So a WSA passport does have some value. I spent $100 for one. This is my third passport, after my US and European ones.

A WSA passport on its own is not sufficient. You want to really dilute the control your government wields over you. The only way to do that is to get a quality second passport—one issued by a desirable country. This is not a fast or easy process. But it’s essential that you take this step… and do it soon.

Governments around the world are sinking further into bankruptcy. They’re sure to plunder more wealth and freedoms, just as they have always done throughout history.

A second passport is a guarantee of international mobility. And whenever you want, it will allow you to live and work in the country where you’ve acquired your second passport, without restrictions of any kind.

There are many routes to acquiring a second passport. Our Going Global publication explains them all and shows you which countries are the best candidates, based on your circumstances and goals.

Whether it’s obtaining citizenship by ancestry, through economic citizenship programs, special circumstances, or naturalization, Going Global covers in detail all the routes to the coveted second passport.

Right now, U.S. residents can get a free hardback copy of Going Global shipped to their homes. International residents will only receive the e-book. Click here to secure your copy now.