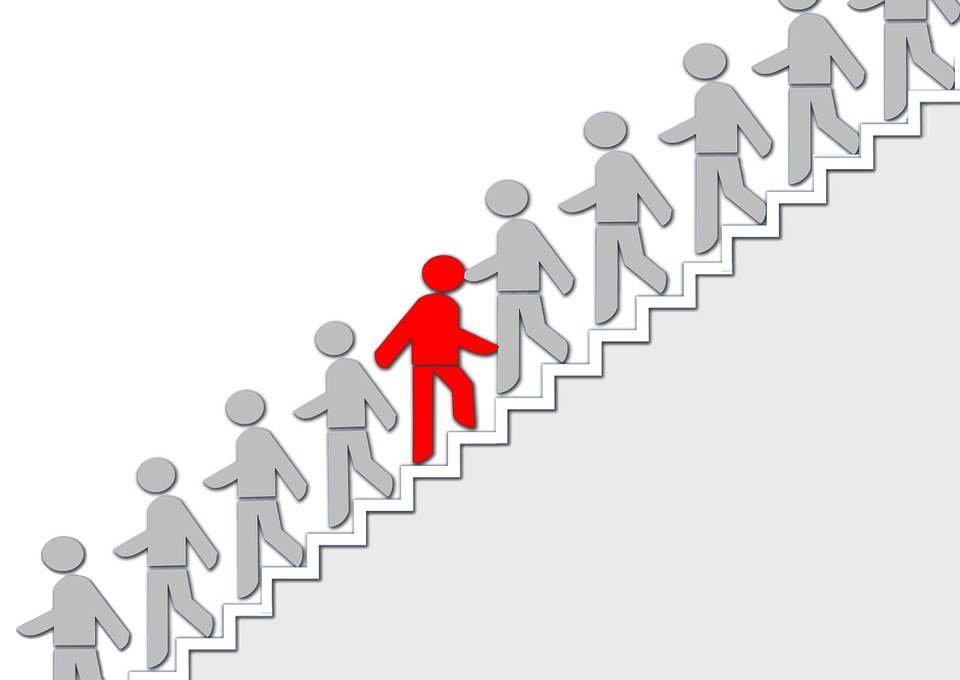 On Monday morning, September 22, 2008, about a half hour before the stock market opened, I made a decision that changed my life.

“Sell LNC at market on the open,” I said, my voice straining through the cell phone. My intellect nearly stopped me. But my gut compelled me to act.

“Are you sure you want to do this?” asked Gene, my stock broker at the time. Gene was taking a ferry to an exclusive golf course on the North Carolina coast and had a terrible cell connection. I’m sure making this sell order was the last thing he wanted to do.

At the time, LNC was my largest stock holding. LNC is Lincoln National Corp., a major life insurance and annuity company. In 2006, LNC had acquired a smaller life insurance company in a stock deal. I owned shares of that company, so when LNC bought it at a premium, I held onto the stock. I looked at the company as a long-term holding – a well-run life insurance business can be a great long-term stock investment…

The annuity business LNC focused on, however, worried me. I had a hunch that the company’s big push into annuities was about to be its undoing. 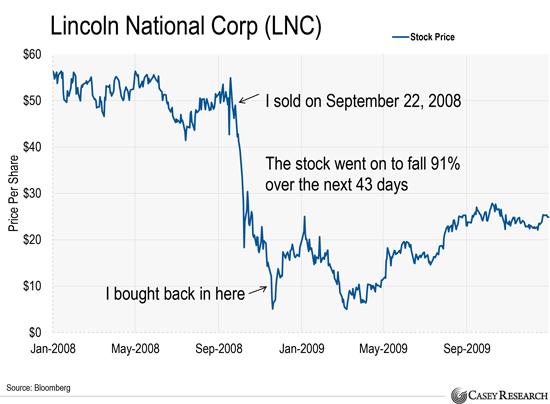 This was more than a trade.

It Was a Profit Windfall…

Over the coming months, I used that windfall to buy up assets on the cheap.

Looking back on it now, I know that the LNC decision put me on a path to financial independence.

Some might chock it up to pure dumb luck. Sheer chance.

When I met the stock market at age 20, my curiosity found a home. I spent the following decade buying and selling anything that I felt I had an edge in. But more importantly, I said “yes” thousands of times to new opportunities.

I took thousands of shots. I went to annual meetings. I listened to earnings calls. I waited in line to shake hands with company executives just to see if they had a firm grip and solid eye contact.

In the wake of the tech bust and the 9/11 tragedy, the U.S. economy ground to a halt.

The Federal Reserve stepped in to do something unprecedented, which today seems normal. It lowered interest rates and pumped money into the stalled U.S. economy.

I had to know what this would do to stocks. I knew some sectors would thrive, but I had to figure out which specific ones.

You see, when I want to know the answer to a question like this I don’t go to a textbook for the answer. I wear out my phone (it was a landline back then) and get on a plane and go. I keep asking the question until I get the pieces of the puzzle needed to make a decision.

In this case, I figured out that lower borrowing rates would boost the construction and development business. I needed to buy steel, wood, and concrete providers in key states likely to see big growth.

I found newly listed Rinker Materials. The Australian company made a play in the U.S. market, buying up concrete providers in Florida and Nevada. Both of these markets see quick growth when money begins to flow.

I needed to know how the concrete business worked, and fast. I drove to Bushnell, Florida and showed up at the Rinker office. I told the manager I was a shareholder and wanted to see how the place worked. 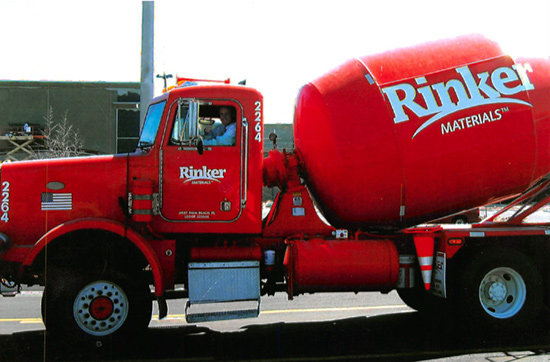 E.B. in the driver’s seat

He told me, “We’re sold out for the rest of the year.” He said business was so good recently they couldn’t take on any more scheduled work until the following year. That was enough for me.

I ended up with a great yield, too… nearly 15% on my buy price. When a business gets good, it gushes cash.

Over time, I had winners and losers. I bought into great stories. Some worked out, others didn’t. But I was never afraid to learn about and invest in something new. In fact, I sought it out.

Then something happened. As time passed, I had more and more winners. I had fewer and fewer losers. I started to develop a knack for getting it right. But more importantly, I knew which factors to look for and which ones to ignore.

I Started to Notice Patterns

I could suddenly see predictable patterns and outcomes – well in advance – because I’d seen them before. And I developed strategic maneuvers to profit from those patterns time and time again.

In early 2009, I realized that the U.S. housing bust would create a generation of renters. I raised money and bought a large portfolio of single-family rental houses at rock-bottom prices… as low as 10 cents on the dollar. Today, I still have a passive income stream that yields around 20% per year.

Last year, I strategically avoided Bitcoin’s collapse… while making a 15,000% profit on a blockchain mining deal.

Again, this isn’t luck. It comes down to experience and noticing similar patterns that no one else is looking for.

If you’re looking to improve your trading in 2019 and beyond, this is one of the easiest ways you can do just that. Say “yes” to new experiences… and don’t be afraid to go against the crowd.

That’s what being a contrarian is all about.