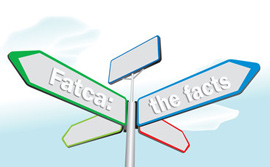 It’s no surprise to anyone paying attention that the pace in which financial privacy is evolving worldwide is accelerating. And unfortunately for the worse. Financial privacy is often viewed in a negative light, though it shouldn’t be. Globally, tax authorities and the media have framed the issue into a “financial privacy means tax evasion or money laundering” message. The Swiss view it as a fundamental right to preserve human dignity, similar to medical privacy. Think about it. Should your government snoop into your medical records and automatically share them with foreign governments?

Governments, particularly Western governments, increasingly demand to know, under the threat of wealth-crushing penalties and criminal prosecution, the details of every penny you earn, spend, and save. Combine this information with the power to tax, and the motive is clear: you can’t tax what you don’t know about.

The assault on financial privacy is especially true for those who have assets abroad, beyond the immediate grasp of their home country’s tax authorities. This is a predictable reaction as governments become more desperate for revenue to plug the holes in their wide and growing deficits.

The rapid decay of financial privacy is an unfortunate fact of life, but don’t let that discourage you from diversifying your assets internationally.

On the contrary, this trend shows just how desperate many governments have become. It presents a strong case for internationally diversifying your savings (and yourself) outside of their immediate reach – while it’s still legal to do so.

Yet, while you may think you are sacrificing some of your financial privacy, the reality is that you are not. You can’t lose what is already lost. Thanks to the (so-called) Patriot Act and an avalanche of other laws and regulations, Americans and the citizens of many other Western countries have no financial privacy to begin with.

It is not coincidental that the United States, the world’s largest debtor nation, is spearheading the charge to nearly eliminate financial privacy. The starkest example of this is the odious Foreign Account Tax Compliance Act (FATCA), which will require every foreign financial institution in the world to identify their American clients and report their holdings and activities to the IRS. It is an audacious maneuver to impose an American law upon every sovereign country the world over.

Compliance Is Not Free

There is significant momentum behind FATCA and its offspring; yet, claiming the death of financial privacy may be premature. Perhaps the largest impediment is that financial privacy is a legal guarantee in many countries. In such places, a financial institution that shares client information with a foreign government without evidence of illegal activity would violate the laws of its own jurisdiction.

The US has been able to work around this by giving foreign financial institutions alternative methods of information reporting that keep them in legal territory.

It’s not just the violation of sovereignty and the extra-territorial application of American law that has led foreign governments and financial institutions to object to FATCA. They also oppose the massive costs that they will be forced to incur to be FATCA-compliant. One of the more conservative estimates puts compliance costs, on average, at between $30 and $80 million per bank, and the top 30 foreign banks will shoulder $7.5 billion in costs. Of course, the paper pushers and compliance professionals won’t complain about the extra business that FATCA creates for them.

What will happen if a country elects not to comply? It unfortunately has little recourse to resist. The US government wields immense political leverage and can pick and choose whom it will cut off from the US financial system – and by extension a vast chunk of international trade.

Any foreign financial institution that fails to comply with FATCA – a “recalcitrant” institution in IRS parlance – will incur a 30% withholding tax on every financial transaction that originates or terminates in the US, effectively shutting them out of the US financial system.

This is a powerful incentive, and it is hard to overemphasize its importance. Many countries with a long tradition of strong privacy rights have buckled under this pressure, like Switzerland, for example. The bottom line is that no country or city-state can afford to lose access to US financial markets, the world’s largest.

So that raises a question: is there a country that the US would balk at cutting off from the US financial system? The answer: China.

It’s been no secret that China views FATCA very unfavorably and negotiations towards compliance are going nowhere. Well, at least public negotiations. There are rumors of closed-door discussions taking place.

It seems unlikely that the US would hit China with the 30% withholding tax for non-compliance. With China holding roughly $1.2 trillion in US Treasuries, it’s not as if it lacks its own leverage over the US government.

This leaves the FATCA juggernaut stuck in a Sino-US standoff. It appears the US will have to either make serious concessions to win China over or back down on the 30% non-compliance tax. Should China stand its ground and not compromise on FATCA, it would punch a massive hole in global compliance, embolden other countries to resist, and could render the whole FATCA project impotent. How this impasse plays out remains to be seen.

In short, it is only prudent to expect that the trend of eroding financial privacy will continue. Trying to illegally hide your assets offshore and skirt reporting requirements is a fool’s errand. The draconian penalties make a cost/benefit analysis easy… don’t even think about it. Always comply with the law.

The reporting mandates for US persons that hold assets offshore means your financial life is now laid bare before US tax authorities. But that is still a far better trade-off than the alternative of keeping all of your savings in your home country and losing both your financial privacy (at least in most Western countries) and your financial security. If you have no financial privacy either way, you might as well benefit from international diversification.

We specialize in topics such as obtaining a second passport, moving some savings or gold offshore, and many other internationalization issues. The best place to get started is in our Going Global publication.