Do the same with Donald Trump, and the number is closer to 396 million.

The world’s press is as fascinated by President Trump as it is indifferent to President Leuthard.

What will Ms. Leuthard do next?

What outrageous new tweet will she send out? Whom will she attack?

No one seems to care…

And yet, though we have never met either one of them, we have a suspicion.

Ms. Leuthard is probably decent, earnest, and wholesome. She has never killed anyone, and it would take her a while to even get used to insulting people.

Mr. Trump, on the other hand, is in another category. Impervious to ridicule as to the fires of hell, he is especially well suited for the role he has been given.

In Switzerland, the president barely ever sells a newspaper and rarely chases the child molesters and fallen sports heroes from the headlines.

When Ms. Leuthard appears on the TV, people go out for a drink. They don’t know and don’t care who she is.

Because it doesn’t matter.

Switzerland has no troops stationed in foreign countries. It does not seek to slay dragons on the sands of Syria or Iraq.

The Swiss president doesn’t presume to restrict travel, threaten to cut off funds to cities, or propose more money for crony industries.

Political power in Switzerland is local. It is constrained by local assemblies, local voters, and local customs.

Much like the U.S. before the War Between the States, Switzerland’s states, called cantons, still have power of their own.

It’s one of the most decentralized systems in the world. There is no “Swiss” national debt; each canton issues its own debt. And each suffers the consequences if it’s not repaid.

You will remember the general principle of “truth” in public affairs: It diminishes by the square of the distance from its source.

The farther you get from the real events in time and space… and the grander the chutzpah of the events in question… the less likely they are to have any real meaning.

That is why local politics – as idiotic as they are – are still less gaudy and baroque than national politics. Bavaria didn’t invade Poland; Germany did.

Anne Arundel County, Maryland, didn’t come up with Obamacare; Congress (aided and abetted by thousands of industry insiders) did.

A local voter is too close to the facts to put up with much nonsense. He sees the humbuggery like a plumber sees a sewer: He knows how it works and knows what’s in it.

And he knows he will have to pay for it. He is also close enough to his leaders to see their flaws. He has never met one who wasn’t either an empty suit or an immodest jackass.

The “truth” is right in front of his eyes.

But today, the U.S. is no longer a confederation of states like Switzerland nor a modest republic like Finland or Argentina.

Like crystal meth, the thrill of empire got into it a long time ago. Now it can’t say no to the drug, even though it can’t stop scratching and its teeth are falling out.

An empire needs an emperor. Only a tiny percentage of the population will ever get to know him personally. But everyone is expected to care about what he does.

This has implications all up and down the line.

Empires follow different rules and different patterns. The average citizen has little knowledge of what goes on in the halls and broom closets of power… and little influence over them.

This leaves power in the hands of a special group of insiders – the Deep State.

Collectively, this group might see that the empire is headed for destruction. But individually, the foxes, zombies, and cronies who make up the Deep State have little incentive to change their behavior.

It is like a group of addicts all spending money from the same credit card. They may see that they are going broke, but no one wants to be the one to cut back.

Over time, the insiders tend to sort themselves into competing factions.

The conservatives against the liberals… Republicans against Democrats… FBI against CIA… Congress against the White House… the military against Wall Street… and so forth.

No, he cannot change the fundamental direction of the society, its government, or its economy. That would put him at odds with the entire Deep State. But he can tip the balance in favor of one group of insiders over another.

That is why Mr. Donald J. Trump is perhaps the perfect leader for this period in America’s history. Neither “conservative” nor “liberal”… and unbounded by the Constitution, traditional party loyalty, or ideology… he is the man the empire needs.

He can promise carrots or threaten sticks. He can offer inducements and emoluments to one Deep State faction on Monday… and mistweet them on Tuesday.

He can rouse his supporters in Cleveland one day… and stab them in the back in Washington the next.

And day by day, the empire weakens. In a meth addict, the brain is the first to go. The heart, lungs, and liver follow.

Editor’s note: Highly decorated General Dwight D. Eisenhower first warned the American public about the Deep State. He did it during the farewell address for his second term as President in January of 1961.

Ike’s farewell address also served as a warning to JFK, who would succeed him as President. And JFK tried to take the Deep State head on…

A short while later, JFK was assassinated. We don’t know exactly who did it or why, but we do know that he was the last President to challenge the Deep State directly.

Recently, Doug Casey’s longtime friend and colleague Bill Bonner issued an alarming video on this topic, including some footage from Eisenhower’s farewell address. You can watch this new video by clicking here. 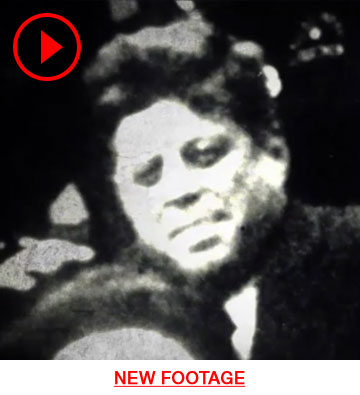