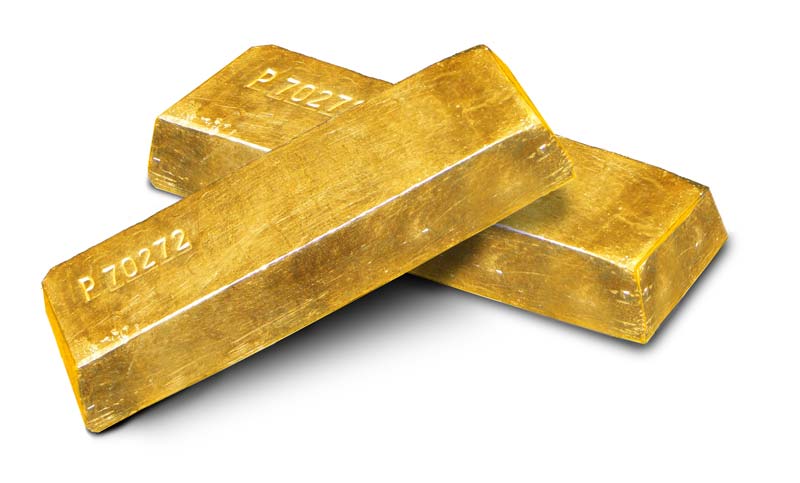 Today, we unsheathe the mighty pen to slay a sacred cow… or perhaps merely to foil a lame canard.

Every so often, history invites Man to reconsider all he thought he knew about a given subject, to upend his presuppositions, and to send him – humbled and eager – back to the drawing board once more.

And a good thing, too, for unexamined “truths” can do just as much to retard our intellectual development as undiscovered lies. Especially when we tend to adhere blindly to them, often in care of little more than wounded Pride.

But let us turn directly to our subject, to meet it head on: Money is the matter… its nature our question.

What is money? We begin before its birth, to get a fuller picture.

Prior to money itself – that is, before folks carried cash, coins, cryptos, cowrie shells, et al. – there was barter. A barter system is one of direct exchange and, as such, does not require money as an intermediary to function. For tens of thousands of years our wandering ancestors got by on such a provincial understanding.

The barter arrangement is primitive, at best - suitable only for relatively simple transactions in which both buyer and seller desire the exact good offered by the counterparty, and at precisely the right time; something economists call the “double coincidence of wants.”

In a complex economy, however, "my three pigs for your one cow" does not exactly form the framework for a viable economic system. (As for vegetarians, they are simply out of luck… as well they should be.)

By the time the Greek philosopher Aristotle (384 B.C.- 322 B.C.) was to be seen traipsing the halls of the Lyceum, Man had been using all manner of scrip and shekel to facilitate trade. Some monies were undoubtedly superior to others, with gold and silver typically rising up the ranks over their competitors.

The question of the day was, Why? What made one money better than the next?

An incurable cataloger, Aristotle quickly set about defining what henceforth came to be known as his eponymous “essential characteristics of sound money.”

Readers of these pages will have no problem reciting them. (All together now!) A sound money, according to the Father of Logic, must be:

Durable – as a store of wealth it must not rot, melt, erode, corrode or find itself otherwise debased or debauched by the fickle whims of nature’s many gods.

Portable – easily transportable, preferably something one can carry around in his back pocket; that he need not bring into town on the back of a donkey.

Divisible – capable of "making change," something he can dissect into the denominations necessary to make paying a king’s ransom and buying a measure of mead transactions of equal ease.

Fungible – mutually interchangeable i.e. one unit ought to be as good as the next.

So far, so good. But let us reckon further on the old Peripatetic’s fifth point for a moment.

In addition to the abovementioned characteristics, Aristotle proposed sound money have “intrinsic value.” In other words, the material from which the money is fashioned should be a worthwhile commodity “in its own right.”

It is here that the inquiring brow furrows and the soft head begins to ache.

What, exactly, is "intrinsic value"? And what role do phrases that typically accompany it (“in its own right,” and “in and of itself”) really serve… other than to act as polite placeholders for a better, absent answer.

Some suspected “intrinsic” value had to do with “something you could touch and hold in your hand.”

But that merely explained a physical characteristic (tangibility). Moreover, one can hold lots of things in his hand, not all of them valuable. (The corollary, of course, is that many intangibles – algebra, language… love – are so valuable one could hardly do without them.)

Others posited that “intrinsic” value derived from “a long-standing track record.”

But that only spoke to Man’s historical preference for one thing over another. Plenty of things go out of favor or are rendered obsolete by technology. Could “intrinsic” value really be so fleeting?

Still others claimed “intrinsic” value came from a thing’s potential applications elsewhere (away from its role as money).

But that merely described potential use cases, which again, time and tide and technology might come to replace.

Thus the underlying query persisted: If value was indeed “intrinsic,” if it really was “in the thing itself,” surely it would be there whether man found use for it or not? Like a tree falling in the abandoned woods.

Clearly, Value (capital “V”) had a problem on its hands: whence cometh thee?

For more than two millennia, the question either failed to ask itself clearly and in a loud enough voice, or nobody bothered to answer it anyway.

That was until none other than Adam Smith presented it (borrowing from a little-know dialogue of Plato’s) as the diamond-water paradox. Briefly put: How come diamonds are so much more valuable than water when they are clearly less objectively necessary to human wellbeing?

Some contemporary economists supposed the answer to be found in scarcity. (Diamonds are far less plentiful than water, therefore command a commensurately higher price.)

But there, again, was yet another of many logical culs-de-sac. If scarcity alone accounted for value, how come would-be brides were not lining up to score Tanzanite engagement rings in preference to comparatively abundant diamond ones? Why don’t people yearn to contract rare diseases? Why do they pay top dollar for ubiquitous iPhones while happily discarding old, relatively uncommon Nokias?

The problem (hint!) was that the scarcity proposition addressed only the supply side of the equation.

Smith himself attempted to solve the conundrum by introducing the Labor Theory of Value (LTOV). From An Inquiry into the Nature and Causes of the Wealth of Nations: “The real price of every thing, what every thing really costs to the man who wants to acquire it, is the toil and trouble of acquiring it.”

But even this value theory only dug the hole deeper. What if a man simply stumbled upon a diamond while out on a casual and fortunate stroll? Surely his minimal labor would not warrant the price he could fairly expect to command for his new shiny stones?

Besides, chopping away at the branches, Smith hardly attacked the problem at its root; why does Man go to the “toil and trouble” of acquiring something in the first place? Why does he value the thing enough to even bother?

Next came Karl Marx, a man who never saw a cart he didn’t want to put a horse behind. Using the backwards reasoning before him, Marx used Smith’s very same Labor Theory of Value to smuggle in his class struggle, claiming that the owners of the means of production necessarily oppressed the proletariat because the latter’s labor was not accorded the value commensurate to the product he churned out. (Marx apparently held little regard for the risk the capitalist – private owners of the means of production – necessarily put into the operation in the first place; start-up costs; machinery acquisition; licensing; his own time; risk of failure and the sleepless nights that entailed, etc., etc., etc…)

Alas, Value was still orphaned, without a source on record. At least, that’s how it appeared.

As it happened, the answer was staring Man in the face all along… provided he was looking in the mirror.

Enter another giant on whose shoulders subsequent thinkers would firmly stand: the father of the Austrian School of Economics, Carl Menger.

Rejecting the “cost-base” (labor) value theories of the classical economists, Menger posited a new perspective entirely: that of Man himself. Goods are valuable, he asserted, because they serve various uses whose importance differs with regards to individual preference.

In other words, just as beauty resides in the eye of the beholder… and offense in the ear of the listener… so too does value find its womb in the subjective preferences of parties to a given trade.

Value, as Mises described it, was not determined by the nature of objects themselves in a vacuum, but through our interactions with and subjective appreciation for them. "Value is not intrinsic, it is not in things," he argued in Human Action. "It is within us; it is the way in which man reacts to the conditions of his environment."

In this manner, one object – one money, say – has value over another, not because it is intrinsically bestowed… but because we afford it value through our interaction with and appreciation for its various properties. We understand intuitively that, depending on the moment in time and the particular circumstances attending it, gold can be a blessing (as in times of hyperinflation) or a curse (as it was for mythical Midas).

Who among men, dying of thirst in the middle of the desert, would not trade all the gold in the world for a drop of life-sustaining water? Who on his deathbed would be without his tender (intangible) memory, even for a second, if it meant forgoing a gram… an ounce… a whole chest of yellow metal? Who in that same moment would not buy another breath of time, for himself or for a loved one?

Through Subjective Value Theory, we are all the better equipped to understand why gold has proven a money of superior value throughout history. Likewise are we able to understand why cryptocurrencies – non-fiat, intangible and scarcely imaginable to even Aristotle’s bulging cerebrum – may well prove valuable in the Digital Age into which we presently venture.

As for slaughtering sacred cows and foiling lame canards, whether the metaphor be bovine or anatine, the best way to view the human project seems to be by standing on the shoulders of giants… not unquestioningly carrying them on your own.

Thanks to constant interruptions by smartphones and multitasking, our attention spans are getting shorter all the time.

Have we been looking for value in all the wrong places?