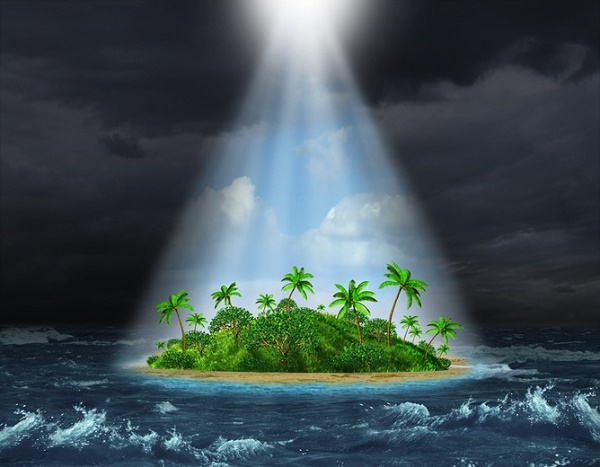 Tax havens have a valuable role in the global economy. They facilitate the efficient allocation of capital; they encourage saving and investment; and because of tax competition, they encourage better policy in the rest of the world.

As noted in the New England Journal of International and Comparative Law, tax competition serves a beneficial role. It forces greater fiscal responsibility and affords taxpayers the ability to enjoy more of what they earn. This in turn draws savings investment and skilled labor into the economy.

But economic efficiency isn’t the only reason that tax havens should be preserved.

These low-tax jurisdictions also should be defended on a moral basis. Most notably, they offer a safe haven for people subject to persecution.

It isn’t very well understood that the vast majority of the world’s population lives in nations where governments fail to provide the basic protections of civilized society. Indeed, in many cases, governments are the problem, as corrupt ruling elites use their power to exploit people. Corruption often is rampant, expropriation is common, crime is endemic, and there’s widespread persecution.

Not surprisingly, people with money are common targets of oppression, particularly if they’re a religious, political, ethnic, racial, and/or sexual minority.

Tax havens help protect these people from venal and incompetent governments by providing a secure place to hide their assets.

Indeed, one of the reasons why Switzerland has such an admirable human rights policy of protecting financial privacy is that it strengthened its laws in the 1930s to help protect German Jews who wanted to guard their assets from the Nazis.

Many groups in the world face discrimination and hostility, often from government.

The ethnic Chinese in nations such as Indonesia and the Philippines often are resented by the local population. The same is true for people of Indian descent in East Africa.

In other words, the financial privacy laws that make tax havens so attractive to French families and Swedish entrepreneurs who want to escape oppressive taxation are the same laws that protect other people from different forms of persecution.

Let’s look at the example of political dissidents from places such as Russia or any of the 107 nations listed as “not free” or “only partly free” by Freedom House. These people (or the civil society groups that they operate) have a big incentive to keep their money where the political elite can’t seize it.

Imagine if you’re a farmer in Zimbabwe. Would you want to leave your assets in a local bank where the nation’s dictator can arbitrarily confiscate your money? Of course not. You’re going to put your money in a jurisdiction that’s honest and well run, such as the Cayman Islands. Or what about the Argentine family that wisely has little faith in its government’s ability to maintain the value of currency? Would you want to leave your money in a local bank, oblivious to the risk that your family’s life savings could be wiped out overnight by devaluation? Or what if you’re an entrepreneur in Venezuela? Do you keep your assets in the nation and report them on your tax return when there is corruption in the tax office and your personal data may be sold to kidnappers, who then grab one of your kids? If you have any sense whatsoever, you place your money in a bank in Miami, since America is a tax haven—at least, if you aren’t a US citizen or US resident.

International bureaucracies such as the Organization for Economic Cooperation and Development (OECD), the European Commission, and the United Nations are attacking tax havens as part of a campaign orchestrated by high-tax nations. Uncompetitive governments don’t like tax competition; they instead would prefer to create a global tax cartel—sort of an OPEC for politicians.

With this in mind, it’s remarkable that even the international bureaucracies acknowledge the valuable role of tax havens on financial privacy.

The United Nations, for instance, admitted in a 1998 report that for much of the 20th century, governments around the world spied on their citizens to maintain political control. Political freedom depends on the ability to hide purely personal information from a government. Too bad the UN bureaucrats are ignoring these warnings and pushing for global taxation.

But the United Nations isn’t the only hypocritical organization. A former leader of the OECD’s anti-tax competition project, Jeffrey Owens, recognized the role of tax havens as protectors of human rights. As reported by the UK based Observer, Owens stressed that tax havens are essential for individuals who live in unstable regimes. Even a former Clinton-era Treasury Department official who was closely involved with the OECD’s anti-tax competition campaign admitted, “[H]ow far do we want to go with this information exchange and the secrecy issues, the privacy issues and so forth, which relates to the problems of corrupt governments, a danger to your children and to individuals? That subject should be discussed.”

Let’s quickly touch on a few other moral issues.

The campaign against tax havens interferes with the right of jurisdictions to pursue pro-growth policies, which is especially discriminatory against poor nations. Having no or low taxes is the main criterion for being listed as a tax haven by the OECD, yet most OECD nations didn’t have income taxes during the 1700s and 1800s, which was the period of time when they climbed from agricultural poverty to middle-class prosperity.

We should all be offended that nations such as France and Germany became rich when they had no income tax, and now they want to deny that opportunity to poor nations that want to follow the same development strategy.

Speaking of discrimination, it’s also a bit unseemly that powerful nations in Europe are targeting less powerful jurisdictions from places such as the Caribbean. Somebody needs to tell the bureaucrats in Paris that the era of colonialism is over.

Another issue is the OECD’s hypocritical treatment of capital compared to labor. The Paris-based bureaucracy is upset that investment funds are flowing to low-tax jurisdictions, many of which are in the developing world. But OECD nations are big beneficiaries of a brain drain from developing nations. This flow of talent is very beneficial for labor inflow nations, just as global financial flows are very beneficial for capital inflow nations. Yet the OECD isn’t suggesting that developing nations have the right to tax immigrant income earned in OECD nations, so why should OECD nations be allowed to tax flight capital in non-OECD nations?

Speaking of hypocrisy, what about the fact that the OECD doesn’t blacklist its own members? The United States, the United Kingdom, Austria, Belgium, Switzerland, and Luxembourg are all OECD member nations; yet they weren’t on the OECD’s blacklist. Only smaller, less powerful nations were subject to this form of discrimination.

Of course, the ultimate hypocrisy of all is that the bureaucrats who work at the OECD and the United Nations all get tax-free salaries—while they’re running around the world trying to demand that other nations raise their taxes.

Politicians from high-tax nations and their flunkies at the international bureaucracies often admit that the moral issues raised in this article are very pertinent, but they then say that they’re worried that tax havens enable some of their residents to avoid the tax net.

But why is that the fault of jurisdictions with better tax policies?

If high-tax nations want better compliance, shouldn’t they fix their tax systems instead of trying to bully other nations into surrendering their fiscal sovereignty and becoming vassal tax collectors?

How serious is this economic downturn likely to be?

Revealed: The Hidden Agenda of Davos 2016

It has dramatic consequences for your money. Here’s what to do…