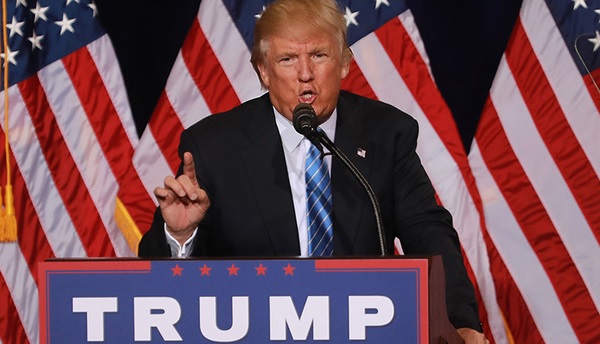 “It was the single most important financial event of my career.”

That’s what my friend Rick Rule of Sprott Global recently told me of his experience in the uranium market.

Rick was referring to Paladin Energy, a uranium company that leaped from one penny to $10 per share during uranium’s last bull market. That’s a 1,000-fold increase.

In other words, a $1,000 investment could have exploded into $1 million.

Even the worst-performing companies in the uranium sector delivered 20-to-1 returns.

Uranium can deliver these almost unbelievable returns because of unique supply-and-demand quirks that create colossal bull and bear markets.

Uranium cycled through its first bull market in the 1950s. This bull was mainly driven by the nuclear arms race between the US and the Soviet Union. Back then, the only practical way an investor could get exposure was through uranium exploration companies trading on small regional stock exchanges, like the one in Salt Lake City (which closed in 1986). Those who did made a bundle.

The uranium price increased more than tenfold during this bull market… from $3 to $43. Some uranium stocks shot up by a factor of 100. Greater nuclear power use was the main driver. It was a cheap alternative to high-priced oil.

This bull market originated with the preceding 20-year bear market, where the uranium price decreased over 70%. It bottomed at $8 per pound in 2001.

For many companies, the cost of producing uranium was higher than the spot price. Miners were producing uranium for around $18 per pound, but they could only sell it for about $9 per pound. So there was little incentive to increase or maintain production.

The market didn’t just settle into equilibrium. The supply destruction and increasing demand were so great that, eventually, uranium overshot the price needed to balance the market. After bottoming at $8 per pound in 2001, it skyrocketed to $130 in 2007.

That alone is impressive. But uranium stocks had an even greater meteoric rise. This is when Paladin Energy, the company Rick Rule was talking about, soared from one penny to $10.

A nuclear catastrophe ushered in a new bear market, just as it had with previous uranium runs. In 2011, a tsunami caused a nuclear meltdown at the Fukushima power plant in Japan. It was the worst nuclear disaster since Chernobyl. Afterward, Japan took all 52 of its nuclear power plants offline and switched to importing liquefied natural gas (LNG).

A major source of demand in the global uranium market was gone. And a global supply glut followed.

The uranium price crashed from around $85 to under $30. Then it continued sliding to around $18 per pound, where it sits today.

Now, once again, the spot price of uranium is less than the cost of production. This is great news for us. The current uranium supply/demand imbalance has a lot in common with the last market cycle. It’s setting the stage for the next uranium boom.

Now is the time to get positioned for the same kind of explosive returns we’ve seen in previous uranium bull markets.

The Next Uranium Bull Run

I can’t think of a commodity with more upside and less downside than uranium right now. While many commodities have bounced off their lows, uranium hasn’t. It’s still at or near the moment of maximum pessimism.

The situation is screaming, “Bargain!”

People don’t like uranium. It’s yucky. It’s politically incorrect. Some hear “uranium” and think “cancer.” Many get emotional because of its association with Hiroshima, Nagasaki, Chernobyl, Three Mile Island, and of course Fukushima.

Besides that, investors are terrified that uranium prices have fallen over 85% from previous highs. It’s hard to think of a market where the sentiment is worse.

This is why I’m excited. Crises and extreme sentiment don't scare me. They attract my interest. The whole point of investing in crisis markets is to take advantage of the aberrations of mass psychology and pick up elite companies and assets for pennies on the dollar.

This describes the current opportunity in the uranium market perfectly.

Simply put, nuclear power delivers immense value to its users, there’s no substitute for uranium, and production is falling while demand rises.

This situation has only two possible outcomes…

1. Uranium prices don’t go up. Miners have no incentive to produce. Nuclear power plants run out of uranium, and the lights go out for billions of people.

2. Uranium prices go up and incentivize enough production to meet the demand.

There are no other options. Which one do you think is more likely?

Then there’s the Trump factor.

For all these reasons, uranium is my #1 investment for 2017.

Last month I recommended a “best of breed” uranium company in Crisis Investing. Subscribers are already sitting on a gain of around 17% as of this writing.

Now, I can’t tell you the name of this company. That would be unfair to subscribers. But I can tell you why I’m so bullish on it.

It has the upside of a junior exploration company—think 10-bagger or better. But it’s very low risk. This is the kind of trade we look for in crisis markets, with the risk/reward skewed in our favor.

In the last uranium bull market, this company’s share price rocketed 3,600%. That’s a 10-bagger almost four times over. I expect it to do at least as well in the coming one as it did in the previous one.

You’ll find all the details in Crisis Investing. Click here to learn more.

At the end of the last uranium bear market, Doug Casey was the first to alert investors to this enormous opportunity. Those who listened could have made a fortune.

This Beaten-Down Commodity Could Triple From Here

“It’s probably the most volatile and cyclical of any market I know… which is why it’s among my favorites.”

This is not fiction… It’s not a conspiracy theory… It’s a plausible explanation for a mysterious event that actually happened.